Now, we continue our countdown of the mangers that made the grade 39-30.

In with a bang, Digital Colony is proving to be one of the year’s fundraising sensations thanks to its Colony NorthStar’s Digital Colony fund, managed as a joint venture between Colony and Florida-based Digital Bridge. The two came together last year to raise money for investments in data centres and telecoms towers, proving how hot the digital infrastructure is and its ability to attract large amounts of capital.

It’s been a busy year for clean energy veterans Capital Dynamics. A quick ‘one and done’ propelled its seventh fund to a $1.2 billion final close, after the three investors in the firm’s previous vehicle renewed their commitments, to allow for more deals. Clean Energy and Infrastructure VII closed on the same amount as its predecessor, CEI V. That fund has been fully deployed, investing $1.2 billion of capital in over 1.5GW of solar projects in around 18 months. Clean energy head John Breckenridge expects Fund VII to be invested equally quickly.

Meridiam sold stakes in its maiden 2006 European fund this year to welcome several new investors on board and boosted its US presence with the appointment of James Rubin as North America chief executive. Both moves are signs of a manager that is not standing still. It has two other European funds, the most recent of which was raised in 2016, and manages two North American funds, with Meridiam North America Infrastructure III closing on $1.2 billion last year.

Founded in 2009, Axium Infrastructure focuses on the energy, transportation and social infrastructure sectors out of its headquarters in Montreal. It has been active in the past 12 months, with deals to acquire 100 percent of a natural gas facility in Brooklyn and a portfolio of solar installations in Ontario. Axium is one of only three Canadian firms to make the II 50 this year, a long way behind Brookfield Asset Management, but ahead of compatriot Northleaf.

Deutsche Bank’s asset management arm rebranded itself as DWS last year, rolling out the name worldwide as it seeks to become a more recognised global player. The Germany-headquartered firm has raised just under $3.5 billion for infrastructure investments since 2013 and listed on the Frankfurt Stock Exchange in 2018 in an oversubscribed IPO. It reached a final close on its Pan European Infrastructure II fund last year on €1.8 billion from 31 investors, with an additional €800 million raised for co-investments.

London-based Equitix closed its fourth vehicle on a hard-cap of £750 million ($982.6 million; €854.8 million) in mid-2017, its most recent fund close. That vehicle, like its predecessors, targets assets in the social infrastructure space, including utilities, waste, renewables, health and accommodation.

Equitix made its first move into offshore wind in December 2017 and made an audacious bid in August this year alongside Dalmore Capital to acquire John Laing Infrastructure Fund and its portfolio of PPP and PFI projects in a major statement of intent. With UK PFI schemes under a great deal of public scrutiny at present, Equitix seems confident they can still represent a good deal for investors.

The infrastructure arm of Morgan Stanley’s asset management business has a strong track record, particularly in the US and Europe. Its deals in 2018 include paying $1.75 billion for an oil and gas midstream company operating in the West Texas Delaware Basin and its ongoing chase for Germany-headquartered wagon hire and rail logistics company VTG, despite its initial bid being knocked back. Morgan Stanley is currently raising for a new India-focused infrastructure fund, its first infrastructure vehicle dedicated to that country.

One of the few Chinese-headquartered firms to make this year’s II 50, and the second-highest ranked, Ping An Asset management has raised $3.81 billion since 2013. PAAM is the asset management arm of one of China’s largest insurers, Ping An Insurance Group, and sells itself on providing access and expertise to the market in mainland China. It has begun to take tentative steps outside China in recent years, too, signing an MoU with Australia’s QIC to examine the possibility of cross-border deals.

Greencoat Capital secured more than £800 million ($1.05 billion; €911 million) for its second solar fund in 2018, which added to the £295 million it raised for Greencoat Solar Fund I, launched in 2016, taking it past £1 billion of capital to invest directly into UK solar farms. This, the firm said in a statement, makes it the “largest dedicated fund” doing this in the market today. Renewables still make up a huge chunk of infrastructure dealflow globally and Greencoat is well placed to capitalise on it in the British market.

Brisbane-based QIC has around A$82 billion of assets under management and closed its first pooled infrastructure vehicle, the QIC Diversified Infrastructure Fund, on its A$2.35 billion hard-cap in May 2017. That fund’s unusual structure, a hybrid of closed-end and open-end vehicles, attracted a lot of attention and proved attractive to LPs. While 2018 has been quieter than the years preceding it for QIC in terms of high-profile deals, head of QIC Global Infrastructure Ross Israel has been vocal about the potentially transformative impact of technology on the asset class, telling the II Melbourne Summit in June that mobility-as-a-service could change the way we think about transport for good. 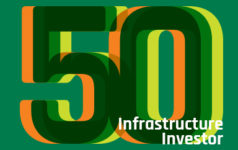 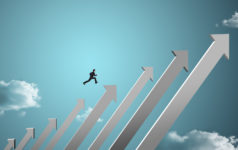 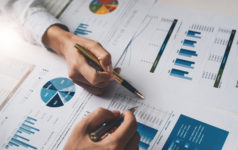