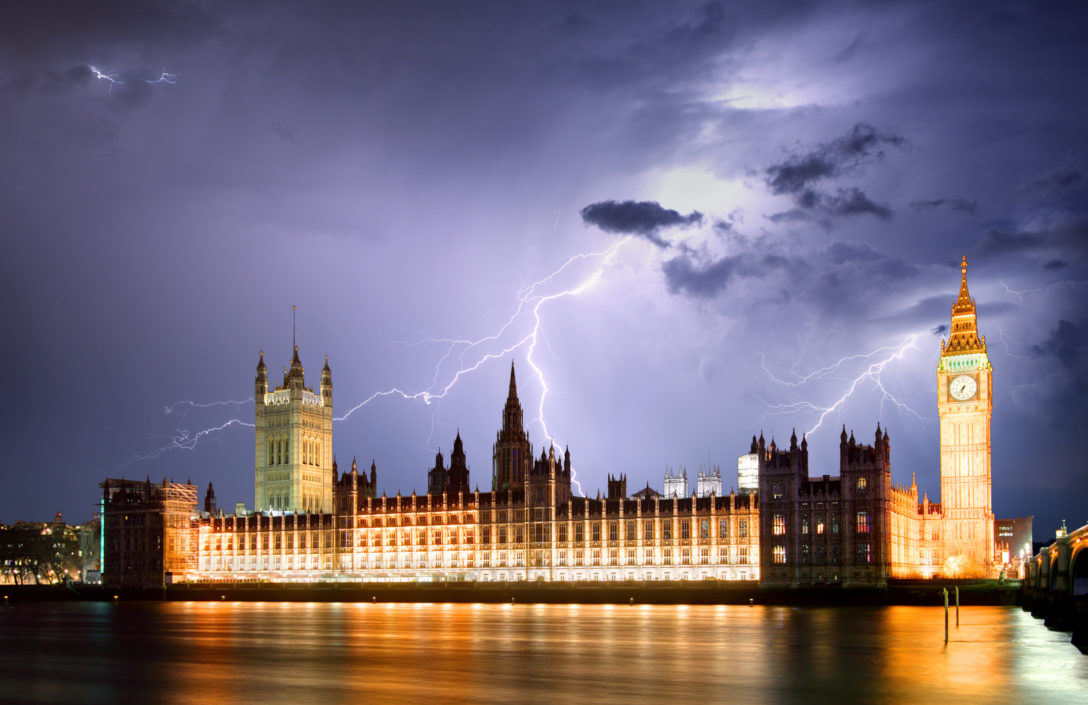 One bolt of lightning and the UK was plunged into chaos. This is not a politically charged metaphor but rather the very real events of Friday, 9 August, as confirmed by an interim report into the incident released this week.

According to the National Grid’s initial assessment, there were a number of lightning strikes to the grid on that day. At 4:52 pm, however, one strike got the better of a nation. Although system operator National Grid, a private company listed on London’s Stock Exchange, said the grid responded positively to the strike within seconds, it caused wider damage to the power stations connected.

The Hornsea One offshore wind farm, owned by Orsted and Global Infrastructure Partners, was operating at 799MW, but de-loaded to 62MW, showing “unusual characteristics”, National Grid said. Within seconds, RWE’s Little Barford combined-cycle gas turbine plant lost 641MW of its 749MW capacity, as a result of one turbine tripping offline from the strike and the remainder manually turned off for safety purposes.

In total, 1.9GW was lost as 500MW of smaller-scale generation was also turned offline, meaning 1.1 million Britons were without power for between 15 and 50 minutes, causing widespread travel chaos. For those playing infrastructure bingo, National Grid blamed specific issues with the Govia Thameslink rolling stock rather than the electrical lines for train disruption, the failure of backup generation at Ipswich Hospital and Newcastle Airport’s disconnection from the low frequency scheme.

While the episode has now been explained away several times as “rare” by National Grid, it would be dangerous to dismiss it as a once-in-a-decade moment. The wiser course of action would be to see it as a wake-up call for the UK and other countries, as well as for asset managers.

All the backup power and tools available to National Grid were used, it said, which totalled 1GW and included 472MW of battery storage. Essentially, Britain was without power in part because it did not have enough of it in reserve.

One response to this is National Grid’s, which is repeatedly emphasising the rarity of the event.

Or one can acknowledge that, with the decommissioning of coal, nuclear and some gas facilities approaching – coupled with the UK’s legal ambition of net-zero emissions by 2050 and a higher energy demand – the grid will become more volatile. Which is to say, unless managed more effectively, this rare event is likely to become more common.

One part of this solution is more procurement of battery-storage projects. “The private sector capital is available to [invest] here, there’s no question of that,” says Alex O’Cinneide, founder of Gore Street Capital, which manages the London-listed Gore Street Energy Storage Fund. “It’s about what is the right amount of storage to come on to the grid. Storage in the UK is very much reliant on a frequency contract; what we need to see is storage being given applicability to other revenue streams.”

However, it’s not just new battery storage but a greater use of the current resources, too.

“There are things we can do around including wind more in balancing services, because wind can provide some frequency response if it’s operated in the right way,” explains Tom Edwards, senior consultant at Cornwall Insight. “[Wind farms] have energy stored in the blades and this can be dumped into the system if the wind farm is set up in the right way and operated correctly.”

Energy regulator Ofgem has launched its own investigation and has threatened to revoke licences of any of the power generators or suppliers, if necessary. That, though, should not be used as a scapegoat to avoid wider reform.

“If power cuts can happen when just two power generators drop off, then something fundamental has gone wrong,” wrote professor Dieter Helm, who authored the UK government’s Cost of Energy review in 2017.

Among Helm’s conclusions were that “energy policy, regulation and market design are not fit for the purposes of the emerging low-carbon energy market”.

He wrote this week that the review is “all on ministers’ desks. They just have to get on with it or face the inevitable”. Inertia, indeed.