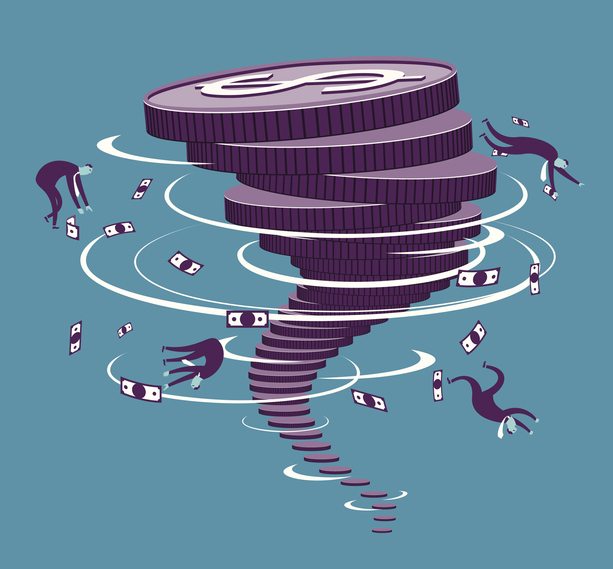 After overcoming cost competitiveness hurdles, renewable energy still has to reckon with the issue of ­intermittency. Differences between the nameplate capacity and the load factor of wind projects have at times hampered its progress. What those figures miss, however, is the energy lost once all of those factors are taken into account: effectively, that is energy left on the table by project owners and operators. This is a reality facing the global wind market.

Wind sites around the world suffer from what is known as yaw misalignment – that is, when turbines do not directly face into the wind. The causes vary. Construction errors, changes in the wind direction, its flow around the blades or software installed on the turbines can all be responsible.

One source, speaking from the experience of their own portfolio, says that such issues tend to originate from inception, indicating a construction error. This is unfortunate, especially for those sites where human error is the cause, considering that energy is ­arguably a hotter commodity than ever right now.

Individual turbines are losing between 0.5 percent and 1.5 percent of their annual energy production. This may seem marginal, but when applied on an entire site and portfolio basis, it represents a meaningful loss of energy and income.

“For Swarming, we’re getting 3-5 percent AEP [annual energy production] improvement. For a gigawatt, that’s somewhere between a $7-10 million return on a five-year basis,” says Ed Wagner, chief revenue officer at WindESCo, a data and analytics firm in the wind industry, whose swarm technology helps address such issues on a site and portfolio-wide basis. The Boston-based company has worked with asset owners in the US, Europe and Asia-Pacific.

“If we can find little ways to have projects produce a little more energy, that marginal energy comes at basically no cost. It’s like free renewable energy,” says Jeremy Law, vice-president of asset management at US-based developer Longroad Energy, the recent recipient of a $500 million equity investment from the Morrison & Co-managed fund Infratil; NZ Super Fund; and MEAG, the asset manager of German reinsurer Munich Re.

Longroad has worked alongside

WindESCo on its 145MW Milford Wind I project in Utah, which has seen an annual 2.4 percent increase in energy production, according to WindESCo.

“With technology progressing, the turbines are more capable and responsive. If anything, it’s more of a potential improvement than an issue,” says Pablo Hernandez, asset manager at Schroders Greencoat, whose renewables portfolio in the UK, Europe and US exceeds 3GW, most of it powered by wind.

Whose problem to fix?

While Hernandez may be seeing a glass half full, the “potential improvement” would not be needed if, as is common in yaw misalignment, a human error in the positioning of the turbines or blades had been avoided.

The installation and management of turbines represent two of the largest costs in a wind power project. So, can asset owners missing out on energy production not solve this with a phone call to their original equipment manufacturer?

“The OEMs were signing up for reliability, not production,” says Wagner, with warranties in contracts typically only exercised if production falls below 95 percent of projected levels. “The turbines are still turning so the contract with the OEM is valid – and is turning 98 percent of the time. But it is not making enough power to meet production goals.”

Law goes further, suggesting that it is against the interests of such companies to fix an underperformance such as yaw misalignment, which could trigger clauses in the warranties that were signed.

“OEMs have been very hard to work with on this type of work, to the degree they are obstructive,” argues Law. “If there’s any risk because of some uncertainty, they end up blocking improvements as they’re very risk-averse and they aren’t the ones making any money off it.

“It’s understandable. They have warranty coverage on these turbines so they spend a lot of time handling that risk and then you get one-off customers coming to you wanting to do something different that you don’t really understand. I get it.”

The source mentioned earlier has a similar view, although they mainly blame a lack of incentivisation within the contracts for OEMs to address it. Significantly, there is little resource to deal with such complaints, regardless of alleged willingness. When it comes to wind turbine manufacturers, the energy transition is inglorious. Despite recording record-high revenues in 2021, Danish manufacturer Vestas saw its net profit dip by 77 percent to €176 million.

It was a similar story at GE in 2021, where renewable energy delivered double-digit growth in equipment orders, but revenue and margin both declined. “Onshore wind is a mature business that faces near-term challenges both structural and of our own making,” GE admitted in its 2021 report. Meanwhile, Reuters reported in August that fellow turbine titan Siemens Gamesa was planning to cut 2,500 jobs – or 9 percent of its workforce – in response to losses.

“The OEMs are faced with overwhelmingly high costs and [an] inability to recoup those. Building bigger turbines has actually depleted their ability to do more R&D work,” says Wagner, who notes he has seen an “extraordinarily high percentage” of OEMs running with yaw misalignment. “They’ve focused on bigger and better turbines, and product lifecycles are so short they can’t recoup their investments. Innovation at this scale is coming from the marketplace. This is not rocket science, this is something the OEMs could have figured out.”

Again, Law is forthright as to why such issues have only recently been detected and addressed.

“We’ve generally found [OEMs] are just not focused on it. It’s relatively smaller gains, important to us but not important to the manufacturer,” says Law. “Worrying about us making an extra percent or two doesn’t get high enough on their priority list.”

That being said, not all asset owners have received the opposition from OEMs that Law and Wagner describe.

“We have identified [via software] the individual turbines to make them calibrate correctly on the wind face and work with the turbine provider to put in the recalibration on site,” says Dickson Leung, also an asset manager at Schroders Greencoat alongside Hernandez.

There may be light at the end of the tunnel if, as Leung contends, yaw misalignment is more common in older turbines.

“On some of the older turbines, you might have seen on a turbine basis between 2-5 percent AEP loss,” says Leung. “With corrections and continued monitoring, you would be able to prevent these generation losses.”

Yaw misalignment is not the only issue asset managers must grapple with to prevent production losses. Wake interference, where turbines placed near each other can interfere with their ability to produce energy, is also rising on the agenda.

The turbines at the front of a wind farm produce more energy. They get in the way of those behind, which causes other turbines on the site to underperform. Given its relative niche awareness, data on wake interference is limited, although it is estimated that up to 20 percent of AEP losses at wind farms could be attributable to wake.

“We didn’t understand this when sites were put together,” explains Wagner. “For a long time, wind turbines were placed together too closely. People made turbine upgrades with longer turbines, not considering they would have wake interference issues. There was not enough information. Now, as people try to optimise, they run into this wake problem.”

Hernandez disagrees slightly with Wagner’s assertion. He maintains that the rise of wake interference as an issue is symbolic of the sector’s growing maturity.

“There’s always been recommended distancing,” Hernandez says. “It’s the evolution of the industry, seeing why, particularly on flat wind farms, we have differences on the way the turbine is operating.”

Law concurs: “People knew about wake. The opportunity to optimise could be a function of companies coming to the forefront of looking at ways [of doing so].”

Solutions are on the way. As with yaw misalignment, WindESCo has promoted its tech-based approach through Swarming, whereby turbines on a project reduce wake interference by communicating with one another. This practice is known as wake steering.

“We think the problem is the assets are dumb, they stand alone,” Wagner says. “The answer is you need turbines to talk to each other. What we do is make the front turbines alert the back turbines and steer them at scale and yaw them at scale.”

The different players in this field are also beginning to collaborate more effectively. Greencoat, for example, has teamed up with utilities and OEMs to address the issue. The group is set to publish its initial findings in the coming months.

“We are part of an industry-wide exercise where we’re looking at a combination of not only wake steering, but also making the turbines at the front work less hard to improve the clean wind coming through,” Hernandez reveals.

At WindESCo, when it comes to yaw misalignment, Wagner has focused on using data points to make the wind turbines more efficient by correcting their original errors. “The turbines are chasing the wind. They are moving to try and find where the wind is coming from,” he says. “Really, we said the answer is not in wind direction but in optimising all the data to figure out how you point the wind turbine for the most amount of power, not the wind direction. You need high resolution data. Most people are using 10-minute averages; we needed two seconds of 30-second data. A lot of things happen to wind in 30 minutes.”

For both yaw misalignment and wake interference, more solutions will surely emerge as knowledge of these issues grows. For the energy transition, making intermittent power less intermittent has long been on the agenda. Solutions must include fixing both the human and non-human error aspects. As for the bottom lines of asset managers and pension funds, returns in this sector are increasingly tight. Unlocking “free renewable energy” can only help those back pockets.