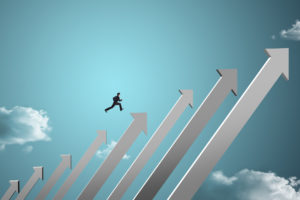 Saying this year’s Infrastructure Investor 50, our long-running annual ranking of the world’s largest infrastructure managers, is the largest ever is a bit like saying Apple’s newest iPhone is the best iPhone ever – which is to say, pretty obvious.

However, if you want to appreciate just how quickly the asset class has grown in recent years, consider this: between 2016 and 2018, the total assets raised by the top 50 firms grew by just over $135 billion to reach $378 billion; and, over the past year, the figure has increased by almost $120 billion, and now stands at $496 billion. This impressive growth rate shows little signs of abating, and infrastructure managers appear on track to raise $100 billion this year for closed-ended unlisted funds alone.

A manager would now need $2.45 billion to make it onto the ranking, compared with $1.98 billion in 2018. The top five firms account for 39 percent of the II 50, only a slight change on the 38 percent last year. And, as has been the case with every edition of our ranking to date, Macquarie Infrastructure and Real Assets reigns supreme with a chunky $60.8 billion, up from $55.5 billion in 2018.

The difference this year, though, is that MIRA came within a hair’s breadth of losing its crown. Global Infrastructure Partners raked in $57.4 billion thanks in large part to its latest flagship vehicle, which is expected to close on roughly $22 billion and which was still fundraising at the time of writing. That both firms have raised nearly $60 billion over the past five years on the back of two very different strategies is something we explore in greater detail on p. 32.

What the latter also illustrates, though, is the difference mega-fundraisings make. Blackstone, which last year was sitting at number 24 on the back of a $5 billion first close for its debut open-ended infrastructure vehicle, has been catapulted into ninth place after reaching a $14 billion close for its initial fundraising phase.

Outside the mega-fundraisings, the steady increase in the average size of vehicles is also making itself felt. Colony Capital, which last year sat at number 39 under its previous Digital Colony incarnation, is now at number 15, thanks in no small part to the final close of its debut $4.05 billion Digital Colony Partners fund.

As the asset class continues its inexorable march into the mainstream of institutional investing, stories like those outlined above will proliferate, as investors concentrate their money into a select number of managers with proven track records.

The question is whether those managers will be able to assuage what is now investors’ biggest concern: that too much money is compressing returns, a fear raised by 74 percent of respondents in a September survey by placement agent Probitas Partners. Bar any drastic changes to the macroeconomic picture, or any equally damaging political earthquakes, that is the single most important issue for infrastructure managers over the coming years. It’s a question that the asset class’s top 50 managers will no doubt take the lead in answering.