Spanish renewables are back. That, at least, was what the country’s authorities wanted us to believe in 2017 when the government procured over 8GW in subsidy-free auctions, the first major procurement of renewable energy capacity since it rowed back on promises to investors in the earlier half of the decade.

And that was again what we were led to believe in recent weeks, when the fledgling Pedro Sánchez-led government presented a preliminary bill containing tariff rates for renewable energy projects for the coming years.

While it may be an example of how expectations have been dampened following the cuts that occurred in the past, ratings agency Fitch described Spain’s decision to keep the return rate stable for pre-2013 projects at the existing internal rate of return of 7.4 percent until 2031 as “a higher-than-expected rate of return”. Solar trade association Anpier hailed the bill as “the beginning of the recovery of a sector that has been harshly mistreated during the last decade”.

The move, according to the Spanish government, was meant “to send a positive signal to investors to avoid the introduction of new procedures”.

It added: “The draft guarantees their holders that the value on which the reasonable profitability will be set for the first regulatory period, the current one, cannot be reviewed during the two regulatory periods that follow, consecutively, as of January 1, 2020.”

The stance is admirable and is an olive branch extended to investors by a PSOE government keen to rectify the measures enacted by predecessor Mariano Rajoy and his PP party.

Indeed, Spain’s Ministry for the Ecological Transition acknowledged Rajoy’s legacy by stating that as at 28 December 2018, 35 international arbitration cases remain open against Spain as a result of the cut. Five have already been awarded – including €128 million to EISER Infrastructure and €112 million to Antin Infrastructure Partners – with several others believed to be close to successful conclusions for investors.

However, the Sánchez government is dragging its feet over the actions of the Rajoy regime. It remains locked in the courts in Washington DC, where it is trying to annul the decisions made by the International Centre for Settlement of Investment Disputes in relation to EISER and Antin. This despite the fact that, as Infrastructure Investor understands, the compensation is unlikely to exceed the savings on tariffs the government made at the time.

The two-pronged approach of offering stability and relief to owners of assets operational before 2013, while continuing to refuse to acknowledge the mistakes of the past to the same generation of investors sends the wrong signals to the investment community.

In the case of Antin, the court heard that Spain’s withdrawal of “undertakings and assurances given in good faith” was “by definition unreasonable”. Its continued attempts to fight such rulings only compound this view. To expect investors to come back and invest in the same sector is – to borrow another description from the Antin case – absurd.

Some certainly are returning. InfraRed Capital Partners, one of the fund managers which remains locked in legal battles with the government, announced its return earlier this month with the pursuit of 1.5GW of solar in southern Spain. The market was also praised for its renewed stability last year by Macquarie Infrastructure Debt Investment Solutions, which made its first investment in Spanish solar after waiting “for the right opportunity for our investors”.

However, if Spain continues to display its intransigence in the presence of the courts, these ‘right opportunities’ will surely remain isolated cases. 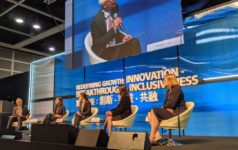 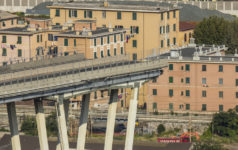