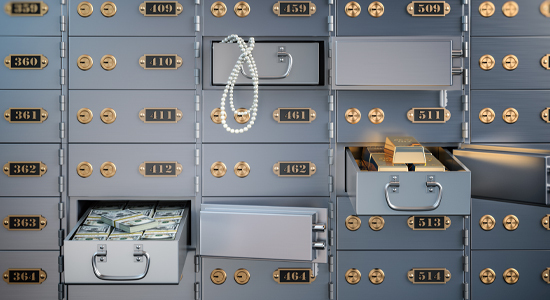 BlackRock brings infra to the few not the many
The Private Infrastructure Opportunities European Long Term Investment Fund – which has just closed on €415 million, above target – is BlackRock’s latest offering for its non-institutional clients who want to access the asset class, in the latest example of an infra manager eyeing private wealth.

The fund’s thematic approach will focus on digitalisation, decarbonisation and decentralisation through direct co-investments across the infrastructure sector.

“The fund allows individual investors to gain access, alongside institutional infrastructure managers, to deals previously reserved for professional investors only,” the firm said. PI ELTIF is not open to retail investors but to wealth and family offices, a spokesperson told The Pipeline.

Asked how long term the fund is, the spokesperson said: “Ten years after final close.”

Long-term is in the eye of the beholder, then.

NextEnergy’s second close at 97% of target
The 10-year closed-ended NextPower UK ESG fund has raised £487 million ($596 million; €564 million) a year after launch against a £500 million target. The UK Infrastructure Bank revealed the vehicle as its first fund commitment last year, providing cornerstone match-funding capital for up to £250m.

The fund focuses on unsubsidised new-build solar plants in the UK eyeing a gross unlevered IRR of 9-11 percent. The output will be sold exclusively through PPAs, the company informs The Pipeline.

At the second close, further UKIB funds, Strathclyde Pension and a Japanese Institutional investor had joined existing commitments from LGPS Central Limited, Merseyside Pension, Brunel Pension Partnership and a Middle Eastern Institutional Investor. Fund manager NextEnergy Capital has made a “standard market” commitment to the vehicle, it told us, which has already deployed £145 million of the capital raised.

So why a second close so close to target? We don’t really know. But with the fund’s hard-cap set at £1 billion, it’s not hard to guess that might be the new focus now.

Deploy when no one’s looking?
It’s been a while since the Committee on Foreign Investment in the United States reared its head as a potential roadblock in infrastructure investment, but fear of it is alive and well.

“A week or two ago we oversaw a transaction by a group out of the Middle East at committed $500 million [co-investment] towards a digital transaction that was actually structured on a back-to-back basis,” he told attendees. “While normally co-investors come in simultaneously, here we did it after the fact because the lead [sponsor] was worried about the CIFIUS implications of that Middle Eastern group in that sector.”

It’s certainly an anecdote to remind the market of regulatory difficulties in the popular digital infrastructure sector. The Pipeline, though, is sceptical that a regulator such as CIFIUS will have the wool pulled over its eyes so simply.

Deflated by Inflation Reduction
Elsewhere at the Forum, there was a lot of love for August’s massive climate bill, the Inflation Reduction Act. However, speakers were not without their concerns, particularly around the measure of enhanced credit rates for PTCs and ITCs that satisfy domestic content thresholds.

Robert Keough, head of infrastructure at JLC, was one critic. When celebrating that the IRA made “projects that were uneconomic economic”, he bemoaned the delays caused by multiple developers heading to the few US-based solar panel providers available.

“By definition, when demand spikes and there’s very limited supply, costs are just going to go up and there’s a queue. When you think about people that own [distributed generation] solar platforms like we do, all of a sudden, you’re being asked to make huge deposits very early to get in the queue. That’s a huge, useless waste of money. But you’ve got to do it because you got to get in the queue.”

Wren House eyes bite of Big Apple
Wren House Infrastructure, the infrastructure arm of the Kuwait Investment Authority, is setting its sights on an expansion in New York.

Martin Torres, who was previously BlackRock’s head of the Americas for its global climate infrastructure equity business, has been appointed to lead Wren House’s New York office, its first outside London.

Wren House has a limited portfolio in the US to date, acquiring i3 Broadband in 2020 and a minority stake in Blackstone-owned Phoenix Tower International in October.

ICG takes on APAC
After closing its debut infrastructure fund on €1.5 billion in March, London-based Intermediate Capital Group has appointed a whole new team to hone in on APAC infra opportunities.

The five-member team, based in Singapore and Sydney, will be led by new managing director and head of APAC infrastructure equity Devarshi Das. It will largely focus on mature markets in the region across sectors such as renewable energy, digital infrastructure, and the circular economy.

Also joining the team as a managing director is Isabelle Demir, who was previously executive director at Sydney-based Infrastructure Capital Group. New role, same acronym for Demir, then.

LP’s resent GP’s unrelenting fundraising
It’s beginning to look a lot like Christmas…but not everyone was in the festive cheer at our America Forum in New York last week. That was particularly true of LPs who, on a panel, urged GPs to slow down with the repeat fundraisings.

“The topic that’s probably taking up the most oxygen when I speak to our clients is LPs’ constraints on deploying and, by extension, the fundraising environment when I speak to GPs,” said Devinder Sangha, partner at LP advisory Albourne Partners. “A lot of pacing models, for pensions especially, are broken because managers have been coming to market so rapidly with significant step-ups from large-cap GPs. The result of that is there’s been a slowdown in investment activity.”

Sangha added that he sees this being a short-term effect, with LPs generally keen to grow infrastructure portfolios – but who’s going to miss out in 2023? 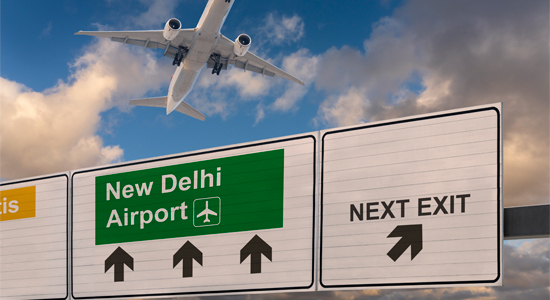 NIIF’s maiden voyage
India’s National Investment and Infrastructure Fund has marked its first foray into airports, investing in three projects in the country through its Master Fund, which closed on $2.34 billion in December 2020.

Among the projects the NIIF is investing in as part of the deal – which was struck in partnership with GMR Airports – are two greenfield airports that are part of India’s $1.5 trillion National Infrastructure Pipeline. The fund has invested 6.31 billion rupees ($77 million; €73 million) in a new greenfield airport in Mopa, Goa, alone, marking its first investment in an airport in India.

In a statement, the NIIF hailed the deal as “a unique opportunity to invest in the development of India’s aviation sector”.