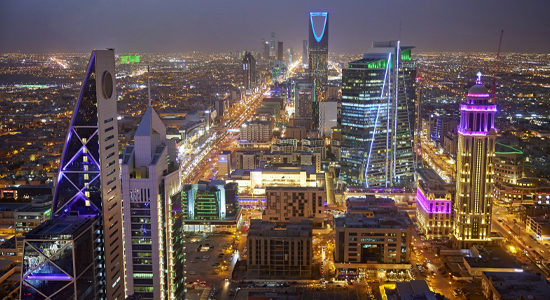 BlackRock bets on Middle East infra with PIF, Hassana MoUs
Infrastructure is attracting more investor attention in the Middle East and BlackRock has positioned itself to ride that wave.

First up is its non-binding memorandum of understanding with Saudi Arabia’s Public Investment Fund. The $620 billion sovereign wealth fund said it was anchoring BlackRock’s Middle East Infrastructure strategy, noting a majority of investments would focus on Saudi Arabia. As such, BlackRock will set up a dedicated infra team in Riyadh.

Targeting traditional infra sectors, Bloomberg reported that the duo’s first project would see it work with Saudi Investment Recycling Company to develop and operate waste management projects in the region.

Next, BlackRock signed another MoU with Hassana Investment Company, which invests on behalf of the Saudi government’s $300 billion pension fund, to, you guessed it, support and develop BlackRock’s regional infrastructure strategy. It’s all amid last year’s deal with the kingdom to launch a $53 billion fund to invest in Saudi Arabia’s infrastructure over the next decade.

Bullish on Saudi, then.

Almost all of the fourth flagship’s investors have dived back in for the fifth undertaking, the company stated, hoping to reap rewards from investments in renewable energy and energy transition assets in Germany, the UK, Spain, Italy and Poland. This won’t just be vanilla wind and solar assets, with the first investment made in UK-based bioenergy specialist Acorn.

Qualitas Energy, formerly known as Q-Energy, manages more than 1.6GW of assets, although 1GW is invested in solar. Having raised its fifth vehicle 18 months after closing its fourth, the group clearly smells opportunity to add to this.

The fund, targeting up to €500 million and managed by Eiffel Investment Group, has reached an unspecified first close, receiving a €75 million commitment from the European Investment Fund, as well as from insurers AG2R, Abeille Assurances, Allianz and l’Auxiliaire. The eight-year vehicle, with two one-year extensions, targets a double-digit net return, Eiffel said.

“The fund’s purpose is to bridge the development funding gap, with exit on each investment when projects are reaching ready-to-build status and when many buyers are available. This is why investments should last three to five years, corresponding to development timeline,” Pierre-Antoine Machelon, head of infrastructure at Eiffel, told The Pipeline.

To be considered for the funding, a project needs to have secured the land and have visibility on connecting to the grid.

Gimme (inflation) shelter
abrdn is looking to provide “shelter” to institutional clients with the launch of its Inflation Linked Infrastructure Debt Fund, a UK-focused open-ended vehicle, for which it has raised £220 million ($263 million; €253 million) at first close.

Alex Campbell, investment director at abrdn and co-manager of the fund, told The Pipeline that “over the longer-term, the fund could grow to circa £1 billion”.

ILID will target investment-grade infrastructure debt across a range of sectors, primarily in the UK, with the potential for 10 percent to be invested in Continental Europe.

With UK inflation hitting a 41-year high of 11.1 percent in October, LPs will need all the protection they can get.

“I know it was very successful because – just to remind Dan Andrews, who probably 30 years ago was in high school pants – the state was on its arse”

Bob Officer, a former government auditor at the time of the privatisation of the State Electricity Commission in Victoria, Australia, hits back at criticism from incumbent premier Daniel Andrews.

Stonepeak adds Arjun MD to UK fundraising team
Stonepeak’s growing London team is set to add its latest member, The Pipeline can reveal, with the addition of Nick Spencer from Arjun Infrastructure Partners.

Spencer will join as a managing director in its investor relations team, Stonepeak confirmed, with a focus on UK and Nordic investors, it is believed. Spencer, though, will only join the firm at the end of Q1 next year. He joined Arjun in September 2019 from Campbell Lutyens, helping to raise Arjun’s first co-mingled fund, which closed in March last year on €1 billion, raising capital from five Nordic institutions.

Spencer joins Daniel Zinic and Carolyn Pearce in the IR team at Stonepeak London. For a firm which already has in market its second Asia offering, the mid-market Stonepeak Opportunities Fund, the open-ended Stonepeak Core Fund as well as understood to be prepping its next flagship effort, the more hands the better, it seems.

OMERS has been steadily building its European team and is certainly making its mark in the region, with a total of 12 active investments, including Associated British Ports and London City Airport.

And, as OMERS revealed to us this year, the pension plans to double its infra AUM and increase its allocation to 25 percent within the next five years. With Europe continuing “to play an important role in that growth”, it stated, it seems there’s plenty more European infra investment to come. 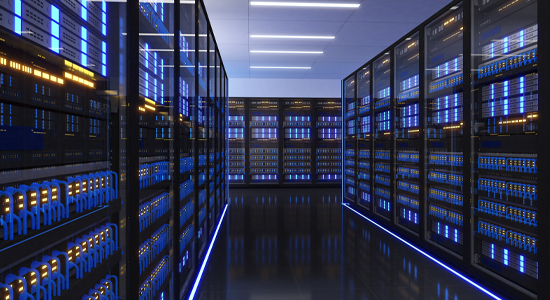 No place like home for Partners Group
Partners Group didn’t have to travel far from its North America headquarters for its latest investment. Its Broomfield, Colorado-based team has agreed to invest up to $1.2 billion in EdgeCore Digital Infrastructure, a data centre operator based little more than a five-minute drive away from the Partners Group team.

Aside from saving on due diligence travel costs, there’ll be other reasons for Partners Group’s latest deal. It has a “transformational value creation plan” for EdgeCore, it said in a statement, which includes existing site expansion, acquiring and building future assets in the US, and expanding sustainability initiatives at its data centre campuses. Partners Group did not disclose the size of its stake, although EdgeCore says it is “supported by committed equity… at an initial aggregate amount of $4 billion”.

Opportunity will abound, with US data centre market absorption reaching 1.1GW in H1 2022, more than 95 percent of total demand in 2021, according to JLL.

“We cannot create a net-zero economy without significantly scaling the infrastructure required for a circular economy,” said Natalie Adomait, CIO of GTF, in a statement.

The circular element, of course, will mean that $700 million won’t just be heading to waste.