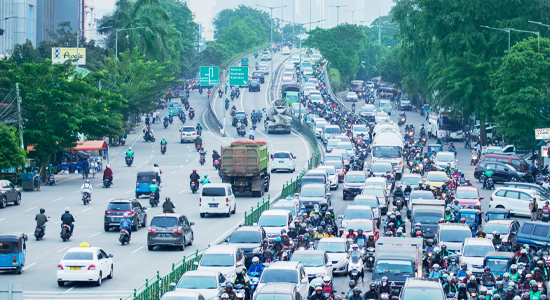 The platform, which is also the first investment vehicle for INA since its establishment in 2020, is intended to be the joint partners’ primary vehicle for toll road investments in Indonesia. With an estimated investment capacity of $3.75 billion, INA hopes the platform will generate “optimal returns to investors” and “further improve the toll road ecosystem”.

In a statement, CDPQ head of infrastructure Emmanuel Jaclot highlighted Indonesia as “an attractive place to invest in” for infrastructure investors in particular, noting the MoU was “an opportunity to jointly build a portfolio of critical road assets in one of the fastest growing economies in the world”.

He’ll be hoping that MoU comes to fruition, then.

The firm uses a screening process for potential investments that weighs the physical risk and political and regulatory standing of whether an asset is well-suited for a greener and climate-friendly economy. Its first two investments are in hydroelectric power and utility-scale solar.

Green has been at this nascent stage before. He was hired by Macquarie in January 2010 to lead its push into renewables, a move it’s fair to say has certainly paid off since. When we spoke to Green upon his hiring in 2010, he said the firm would lend credit “for anyone wondering whether green investing is really a sound proposition for infrastructure investors”.

Well, haven’t we all come far?

VicRoads’ game of semantics
The expected privatisation of VicRoads, the Australian state of Victoria’s motor registry – akin to its 2018 land registry privatisation – appears to be underway, though the state’s government would much prefer we call this next ownership phase for the motor registry by another name.

In a statement last week confirming its appointment of Morgan Stanley, MinterEllison and KPMG to oversee the transition, the state’s Department of Treasury and Finance said in no uncertain terms “this is not a privatisation”, opting instead to call it a “joint venture model for the modernisation of VicRoads”.

“A joint venture partnership means that the State would work with a private sector partner to improve and deliver registration and licensing and custom plates services,” the department said.

With the recent engagement of the three firms “subject to finalising a suitable proposal and further decision”, the Victorian government is expected to “commence engagement” with the private sector before the end of the year.

Peak infra? Already peaked
The Singaporean think tank EDHECinfra, alongside the Long Term Infrastructure Investors’ Association, released its latest report this month, and its findings constitute a bit of myth-busting.

The full report, The Volatility of Unlisted Infrastructure Investments, can be viewed here, but included within is a challenge to “frequent claims that infrastructure assets are continuously getting more expensive”. In fact, the report maintains, the highest average level of valuations in what it dubs “peak infra”, came in 2016-17 and expected returns have reached a “steady state” since of 7-8 percent.

What’s more, it says, infrastructure flourishes in a crisis: expected returns reached 8 percent in 2020 for the first time since 2015. “We note similar spikes during the 2008 financial crisis, 2012, Eurozone debt crisis, Brexit, etc,” the report added.

It appears infrastructure turns out to be more than just resilient to crises.

A place in the Spanish sun for USS
A spokeswoman for the Universities Superannuation Scheme told The Pipeline that the UK’s largest private pension fund will invest €225 million to acquire a 50 percent stake in Bruc Energy, a Spanish solar platform that has 3.9GW of solar projects at various stages of development and 100MW in operation. USS said in a statement that the vehicle, which was created by Canadian pension OPTrust and Spanish businessman Juan Bejár, will also focus on Portugal and will look to expand into other renewable technologies, including wind.

The news follows USS’s announcement in early May that it aimed to be net zero by 2050, in part by divesting “over time from high-carbon sectors”, as it did with thermal coal last year. Asked to specify the sectors and a timeline, the spokeswoman said: “Any decisions along these lines will form part of our thinking over the coming period as we create short, medium and long-term targets to achieve net zero.”

The pension has already invested or committed roughly £1 billion ($1.4 billion; €1.2 billion) to renewables, which form part of its £5.3 billion direct equity portfolio. It also holds 33.3 percent of Redexis Gas, one of Spain’s largest gas distribution networks. 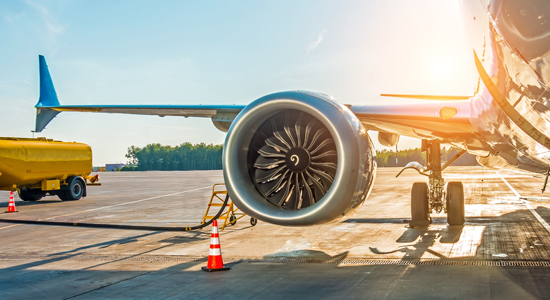 Stonepeak keeps the faith
Stonepeak Infrastructure Partners has demonstrated its confidence in the long-term prospects of the aviation industry. The firm is launching an aircraft leasing platform with Bellinger Asset Management by acquiring a $1.1 billion performing aircraft loan portfolio from National Australia Bank.

Stonepeak and Bellinger are using the investment to establish a new aircraft leasing platform that will “seek to deploy capital opportunistically and strategically” across the sector, the firms said in a statement. Stonepeak is investing via both its equity and debt funds, providing $500 million in equity to the platform for future investments.

Stonepeak described aviation as a “critical” infrastructure asset and emphasised its commitment to aviation over the long term. It framed the deal as an attractive one at a time of great disruption in the sector and despite ongoing uncertainty over the recovery from the pandemic.