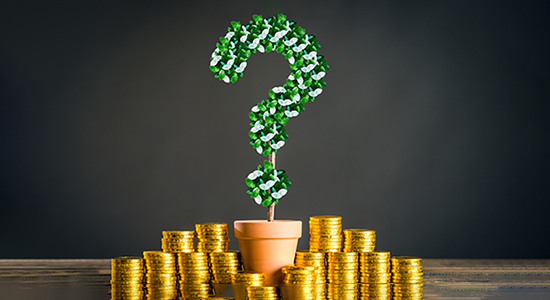 ESG to make an impact… in Stonepeak’s pockets
To commit to net zero is fashionable these days, and Stonepeak did that back in November, but it’s now gone one step further with its latest ESG efforts. In its upcoming core infrastructure strategy – first revealed by Infrastructure Investor last year – performance fees will increase or decrease in line with ESG performance.

Stonepeak will set three KPIs for each asset around greenhouse gas emissions reductions, gender diversity and worker health and safety, affiliate title New Private Markets reported. These will be measured annually by a third party, and, in the event these targets are not met, Stonepeak will forfeit a portion of its performance compensation from the strategy, and vice versa.

Stonepeak said that the “long duration and essential” nature of core infra assets makes the fund “an ideal setting” for the new measure, although it will also be rolled out to future investment products.

Who wants to join them?

Offshore wind success? Rocky waves, says Orsted
The recent offshore wind auction on the US east coast, which netted the Department of Interior some $4.4 billion, may have been “a major success for the federal government”, as described to us by Joris Veldhoven, commercial director at auction winner Atlantic Shores. But it is bad news for the industry, according to the world’s largest offshore wind developer.

“What does that [money] do for the industry,” David Hardy, chief executive of Orsted’s North American offshore business, said in an interview with the Financial Times. “It goes into federal coffers… maybe it helps pay for Social Security or helps us defend a country in Europe that needs help. But it doesn’t help offshore wind.”

While Orsted has been successful in previous US offshore wind auctions, it withdrew from the New York Bight process amid concerns about prices. It seems now that Hardy’s bark is louder than his Bight.

Know the SCOR
SCOR Investment Partners has launched SCOR Infrastructure Loans IV – the fourth in its series of senior secured infrastructure debt funds – with an anchor commitment of €150 million from reinsurance group SCOR, the parent company of the asset manager.

The fund is targeting between €750 million and €1 billion and has already made investments in five projects, spanning fibre networks, data centres and transportation, for a combined value of almost €100 million.

The firm said the vehicle is classified as an Article 9 fund under the EU Sustainable Finance Disclosure Regulation, with 100 percent of its investments to be “directed to ESG positive assets”. This focus on sustainable loans began with the launch of SCOR Infrastructure Loans III in 2017, which had a heavier focus on the energy transition and climate change than its predecessor funds. It closed on €465.5 million in December 2019.

After tabling 20th in 2021, SCOR ranked 23rd in our recently released II Debt 30 ranking. It will be hoping the new fund increases the SCOR next year.

The Pipeline is live from the Global Summit
It’s Day 1 of the Infrastructure Investor Global Summit and – like the 2,000 delegates we are expecting this week – The Pipeline team will be roaming the halls of the Berlin Hilton from 21-24 March. It won’t all be schmoozing for us, though, so make sure to check your inbox every morning for your daily special edition of The Pipeline, covering the best bits from the Summit.

We’ve got three forums going on today covering ESG, emerging markets and social infrastructure. Here are three sessions we are looking forward to (all times CET):

16:15-17:00 – ESG Forum: Investor and Manager Scenario Session: Deal or No Deal – A fund manager and an institutional investor will discuss a hypothetical investment opportunity with ESG issues, with the audience able to quiz both on their decisions.

10:15-11:00 – Social Infrastructure Forum: Healthcare as an independent asset class – A deep dive into healthcare investing, its risks and how it compares with infra and private equity.

10:15-11:00 – Emerging Markets Forum: The role of emerging markets in paving the way towards a greener planet – Simply put, there is no energy transition without emerging markets, so make sure to tune in.

“Putin has broken the narrative of natural gas as a bridging technology; the bridge has collapsed”

Patrick Graichen, state secretary at the German ministry for economic affairs and climate action, draws the link between infrastructure sectors to bang the drum for renewables, as reported by Euractiv

AustralianSuper gives credit to New York
AustralianSuper, the largest superannuation fund Down Under, with more than A$260 billion ($192 billion; €173 billion) of assets under management (as at 31 December 2021), continues to expand its direct investment teams outside its home country.

Jennie Rose has joined as a senior investment director responsible for leading the superfund’s global infrastructure debt strategy, working out of its office in New York City, per a Linkedin post. Rose was most recently managing director, global infrastructure debt at Barings, and previously served for several years as a senior vice-president of the debt finance team at GE Energy Financial Services.

AustralianSuper told Infrastructure Investor in November 2021 that it is looking to increase its private debt exposure by A$10 billion over the next three years, with a strong liking for infrastructure and a preference for direct lending. The fund promoted Nick Ward to the position of head of private credit last year. 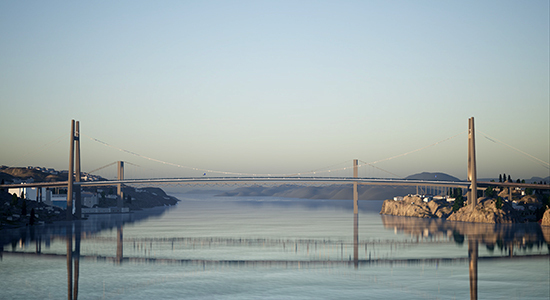 Macquarie paves road for Norway’s largest PPP
Last week saw Sotra Link AS close on a €2 billion public-private partnership, Sotra Connection – a planned 9.4km four-lane road link between Bergen and Oygarden, in Norway’s Vestland county. Three smaller bridges are also included in the project, alongside pedestrian and bicycle paths. The project is to be one of the largest road infrastructure contracts seen in Europe this year, and the largest in Norwegian history to date.

The contract between the Norwegian government and the consortium — which is 70 percent owned by Macquarie Capital, 20 percent owned by South Korean civil engineering company SK ecoplant and 10 percent owned by Italian industrial group Webuild — will give the private party leeway to finance, design and operate the project for 25 years after it opens in 2027.

PPPs can be notoriously difficult, and Christopher M Bjerke, chief executive of Sotra Link, said in a statement that the consortium, alongside public authorities, “covered and resolved many of the classic challenges, even before signing the final contract, that emerge in large construction projects”.

The proof, of course, will be in the pudding.

The publicly listed company announced it had started exclusive discussions with the firm following an indicative offer from Morrison of A$4.50 per share. But the firm may see itself facing off some stiff competition in the near future, now that a counter bid from telecommunications provider Vocus Group is also said to be in the works. Co-owned by Macquarie Infrastructure and Real Assets and Aware Super, who bought the firm for A$3.5 billion last year, Vocus is not exactly a lightweight.

Still, having secured exclusive access to Uniti until 22 April, Morrison – which managed the consortium behind the A$2.8 billion deal to acquire 49 percent of Australia’s largest towers network last year – is no minnow either.