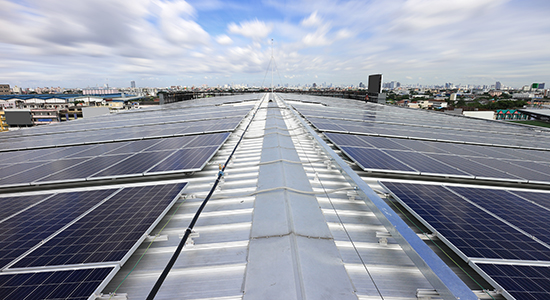 True Green scales rooftops with $661m fund close
Distributed clean energy specialist True Green Capital Management has raised $660.9 million for its fourth fund, surpassing its $500 million target. The raise is almost double its $352 million predecessor, which closed in 2017 and is now fully invested. Fund IV was backed by a group of global institutional investors, it stated.

Connecticut-based True Green has spent the last 11 years investing in distributed, commercial and industrial solar generation projects, batteries and microgrids in the US, but says it now has an “increasing focus” on the UK and EU. The manager has deployed more than $1.2 billion to develop a 520MW portfolio across 14 US states, clinching offtake agreements with municipal utilities, military bases, universities and corporates.

The strategy offers institutional investors a role in the C&I solar power generation market, “one of the most complex but also potentially more profitable segments of the US and European solar markets”, as TGC’s co-founder, Panos Ninios, described it in a statement.

ECP eyes glorious return for Biffa
Well, talk about the circular economy. It was 14 years ago when Global Infrastructure Partners and Montagu Private Equity took the UK-based waste group Biffa private in a £1.7 billion ($2.1 billion; €2 billion) deal. That deal would indeed turn to waste in 2012 as Biffa fell into administration. GIP chairman Adebayo Ogunlesi described the transaction later, in a 2017 interview with us, as “a disaster”.

A decade on, Biffa has recovered and has attracted interest from another US infrastructure manager, announcing last week that it had “received a series of unsolicited and indicative proposals” from Energy Capital Partners, the latest of which values Biffa at £1.4 billion.

Biffa said it would be minded to recommend an offer on such terms, having evaluated the company’s value and risks, including that of an ongoing investigation by UK tax authority HMRC “regarding potential misclassification of waste across the industry”, Biffa said in a statement.

Age-old Darwin lease under the microscope… again
Perhaps you thought that a change of government in Australia might put a stop to endless bureaucratic intervention in infrastructure deals? Think again.

The decision made by the Northern Territory government to sell a 99-year lease for the Port of Darwin to Chinese company Landbridge Group has proved to be one of the more controversial privatisations. And as Australia-China relations disintegrated, the Liberal-National Coalition government promised to review the lease over “national security concerns”.

The Department of Defence subsequently concluded there were not sufficient national security grounds to cancel the lease. New Labor prime minister Anthony Albanese, though, promised to examine the lease during the election campaign – and reiterated that pledge last week: “What I’ve said is what I said prior to the election. And I will do what I said I would do on this and every other issue, which is we’ll have a review of the circumstances of the port…and we’ll do that in an orderly way.”

Will the Port of Darwin saga ever end?

“[The Chinese government] is known to have 30-, 40-year policies… they don’t have election cycles and they always pick someone that believes in their policies, so you never see the successor [override] the previous guy’s policies… [you definitely don’t see] the Donald Trump/Biden kind of flip flopping”

AMP transport chief shuttles to Apollo
We wondered in a recent analysis of DigitalBridge’s acquisition of the AMP Capital infrastructure equity team what the deal would mean for AMP’s wider asset base and team. There is an early answer, perhaps, as Adam Petrie, partner and global head of transport at the group, has decamped to Apollo, where he will become a London-based partner in its global infrastructure team.

Apollo’s investments in Europe have been limited to date, although in March it announced it had bought a 49 percent stake in Primafrio, a Spanish storage and logistics company. Infrastructure Investor also revealed in April that Apollo had hired Vittorio Lacagnina from Partners Group as a fundraising partner, ahead of what is believed to be a planned launch of a new fund later this year.

Petrie, who has been with AMP Capital since 2009, will join Apollo in August. With Apollo reported to have been one of the contenders for the AMP Capital business, Petrie’s move is at least something of a consolation prize.

iCON toasts success with Billant hire
Last week came the news of iCON Infrastructure’s latest ‘one-and-done’ fundraise, which raised $3.6 billion for iCON Infrastructure Partners VI. Those dollars will now have an extra pair of hands to help put them to work after Celine Billant joined as a director in the firm’s New York office.

Billant arrives after more than three years with Caisse de dépôt et placement du Québec, acting as senior director for the Canadian pension giant’s investments in Europe, based in Paris. The move to iCON will be another change of continents for Billant, who was senior M&A project manager for APAC, based in Singapore, for VINCI Airports from 2015 to 2018.

iCON’s main office is in London, although it also has bases in Dusseldorf, Toronto and New York.

The London-headquartered private equity firm’s Global Private Equity Barometer showed climate change is an important environmental concern for 93 percent of LPs surveyed, with water quality and access second in the charts, highlighted by 42 percent of respondents.

The survey also found that 65 percent of European LPs are likely to ask their GPs to use Science-Based Targets to measure their environmental impact within “the next few years”, with this figure falling to 45 percent and 23 percent for APAC and North American LPs, respectively. In a similar fashion, only 56 percent of North American LPs exclude, or plan to exclude, thermal coal investments, compared to 93 percent of their European counterparts.

More work to do, then. 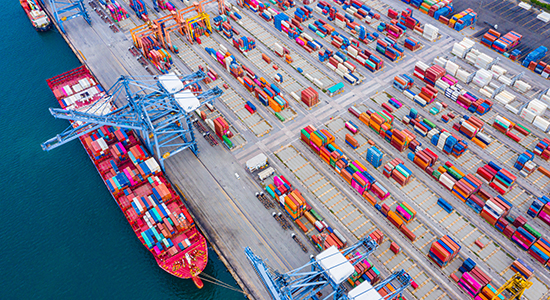 As part of the joint venture, CDPQ will invest $2.5 billion in the Jebel Ali Port, the Jebel Ali Free Zone and the National Industries Park – all owned by DP World – for a roughly 22 percent stake in the assets, with the remainder of the transaction to be financed by debt. The deal places the assets at a combined enterprise value of approximately $23 billion – an additional stake of up to $3 billion is also up for grabs for other long-term investors.

The $5 billion first tranche of the transaction is expected to complete before the end of the third quarter of 2022, with a second tranche of up to $3 billion expected to close by year end.

CDPQ and DP World first partnered in 2016 and have since established a port and logistics investment platform worth more than $10 billion.

BlackRock charges forward with battery storage JV
BlackRock Real Assets has struck a deal with London-based battery storage developer KX Power, establishing a joint venture for the buildout of up to 2GWh of assets across the UK. The firm has made an initial commitment of £200 million ($251 million; €213 million), which will be deployed from its Global Renewable Power III fund, a vehicle that closed on $4.8 billion in April 2021.

The investment marks the first that BlackRock has made in battery storage through GRP III. Other assets in the portfolio include IONITY, a German EV charging network; a commercial and industrial solar development platform in the US; and New Green Power, a Taiwanese solar developer.