Headlines in 2019 suggest political uncertainty is on the rise, which could throw into doubt the future of investor interest in emerging markets infrastructure.

That may be best reflected in a survey by placement agent Probitas Partners, which found nearly three-quarters of LP respondents saying they were less interested in emerging markets due to political, economic or currency risk. Interest in the sector’s long-term growth potential in these markets also fell from 29 percent last year to 18 percent in 2019.

But that may not be the whole story. Look no further than Canada Pension Plan Investment Board, which announced this month a $600 million commitment to invest in the National Investment and Infrastructure Fund, a vehicle backed by the Indian government.

Fund managers also seem confident in the future of emerging market infrastructure. The latest flagship fund from Global Infrastructure Partners, which held final close in December on $22 billion, has a mandate to invest up to 15 percent of the vehicle’s capital in “select” non-OECD countries, according to GIP marketing documents seen by Infrastructure Investor. That fund, GIP IV, is targeting gross returns of between 15 and 20 percent.

To do this, GIP is reportedly planning to raise a $5 billion fund in 2020 that will be solely focused on operating assets in middle income countries in Latin America and Asia. The investment vehicle is said to be targeting 20 percent gross returns in sectors including transport, energy, water and waste.

Sectors with high growth potential in developed markets will likely perform well in emerging markets as well. That’s what led Digital Colony Management to bet on a telecommunications company in Brazil.

The firm announced the acquisition of Highline do Brasil II Infraestrutura de Telecomunicações, a company serving Brazil’s largest mobile network providers. According to Steve Sonnenstein, a managing director at Digital Colony, the firm is trying to “capture that growth” of digital infrastructure.

“South America is probably about five to eight years behind North America in terms of deployment of digital infrastructure, so our expectation is that the region’s growth will continue into the next decade,” Sonnenstein said.

Whether LPs continue to believe the reward of emerging markets exposure outweighs the risks involved will be a key theme for infrastructure investors to watch in 2020. 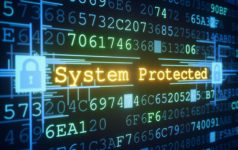 opinion 1 day ago
Added to your Saved Articles
Loading
Unsave Article
Please confirm you would like to remove this article from your saved articles.
Share with other subscribers
Only logged in subscribers of this site will be able to access the shared article.