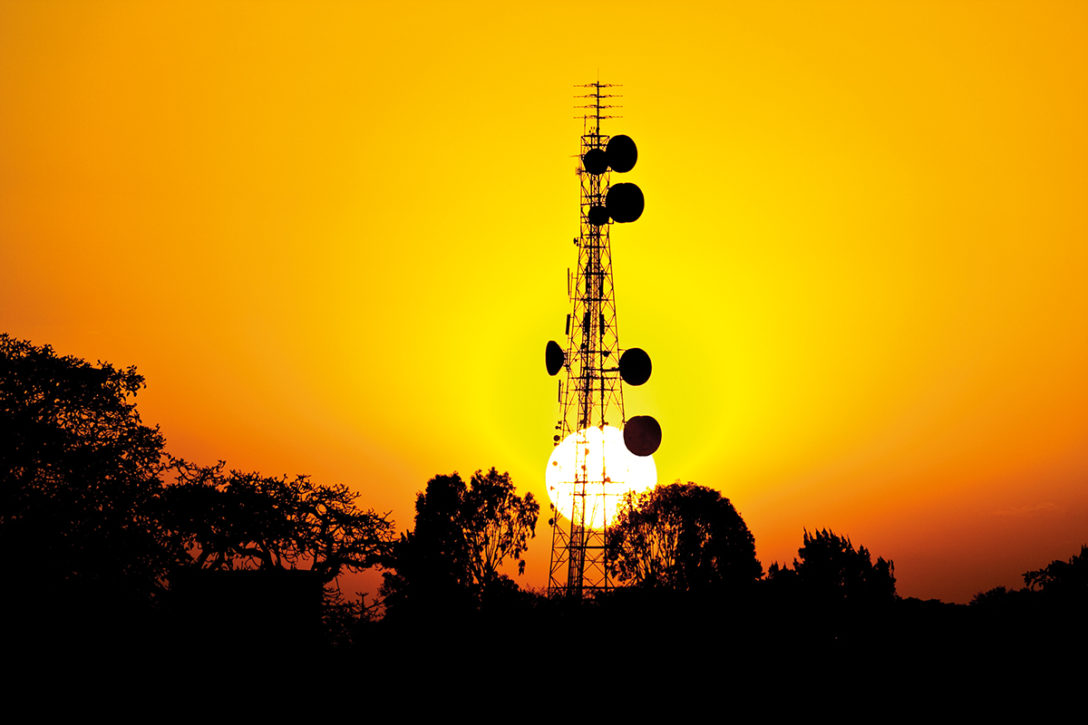 The rapid rollout of telecommunications infrastructure has been one of Africa’s great success stories. In 2015, 52 percent of the continent’s population were covered by a 3G signal, according to industry group GSMA; just four years later, that figure had risen to 75 percent.

Average download speeds almost doubled within the same timeframe, while data costs nearly halved. As mobile masts have sprung up, the technologies they enable have begun to have a transformative impact. Africa is the world leader in mobile money, with the continent’s 481 million users making up 46 percent of the global total.

This rapid build-out of telecommunications infrastructure has not been undertaken exclusively by mobile network operators. Independent telecom tower companies have also been involved. Opportunities for Africa-focused ‘towercos’, several of which have become multi-billion-dollar businesses, have been made possible by mobile operators’ willingness to offload management of their tower networks in order to focus on their core activities. The towerco model achieves significant economies by allowing a single tower to deliver coverage for multiple network operators.

Private equity has been integral to the financing of African towercos. One of the largest such companies, Helios Towers, was established by a consortium of private equity investors in 2009. Several private equity firms and development finance institutions also hold stakes in its rival, IHS Towers. But as the first phase of Africa’s telecommunications revolution draws to a close, investors are asking hard questions about the need for further investment in expanding the network.

Financing the next generation

Larger towercos have historically focused on serving urban areas, where they are more likely to attract multiple mobile operators as tenants. In rural areas, a lack of tower infrastructure means mobile coverage is much patchier.

Almost 100 million people in rural areas of Africa are not covered by cellular mobile networks, according to the World Bank. “There is still much need for more dense mobile networks to provide high-quality broadband access to end consumers,” says Bertram Dreyer, senior manager for infrastructure and TMT at German development finance institution DEG.

Making the financial case for investments in rural infrastructure – which largely serve consumers with less purchasing power than their urban counterparts – will be crucial to the future success of Africa’s telecoms revolution. Franklin Olakunle Amoo, managing partner at Baylis Emerging Markets, describes African telecoms infrastructure as being in an “awkward, but natural, growth phase”, noting that “there is both too little asset density but also low-capacity utilisation experienced by existing assets”.

According to Matthew Edwards, head of EMEA research at telecoms consultancy TowerXchange, Africa’s existing network of 160,000 to 170,000 towers is “really, really, really not enough” for a population that has surpassed one billion and continues to expand rapidly. Yet although rural infrastructure can be difficult and costly to build, Edwards sees promise in newer, more lightweight tower designs that reduce construction and maintenance costs.

He also points to alternative financial models established by providers such as Africa Mobile Networks, a rural-focused towerco that counts Facebook and venture capital investor Harwell Capital among its backers. Rather than operating a fixed-fee model, as is standard for towercos in Africa, Edwards says adopting a revenue-sharing model “changes the economic case” for investing in rural telecoms infrastructure.

Despite the hurdles that exist in extending rural access to broadband, the incentives are also tantalising. While acknowledging that Africa’s consumers are generally “price-sensitive”, Amoo points out that there is “enormous latent demand for mobile content” among the continent’s internet users, the vast majority of whom use mobile devices to go online.

Brandon Doyle, CEO of Convergence Partners, a South Africa-based fund manager that focuses on the TMT sector, argues that covid-19 “has accelerated some investment based on the exponential growth in demand for broadband connectivity”.

He expects this “flood” of spending on fibre and wireless networks to continue with the licensing of 5G networks, which he says will bring “significant investment in densifying existing networks to service the next wave of mobile services”.

It should be no surprise, therefore, that smaller towercos continue to emerge. Many seek to build up portfolios of assets so that they become attractive acquisition targets. Eaton Towers, the fourth largest towerco in Africa, was acquired by American Tower in 2019, leaving the continent with a ‘big three’ that also included IHS and Helios.

Dreyer says “there is still potential for value creation” for towercos through acquiring telecoms assets that remain in the hands of mobile operators. The trend for mobile operators to offload assets is far from complete. In fact, towercos own only 42 percent of Africa’s telecoms towers, according to TowerXchange data.

As towercos seeks to expand, they face a regulatory landscape that varies widely from country to country. Amoo says that, on the whole, “Africa’s regulatory environment is actually fairly accommodative to the telecoms industry”. He notes that telecoms companies have considerable clout, given that they are among the largest taxpayers in many African countries.

On the other hand, Edwards points out that in several countries, the regulatory landscape is “completely prohibitive to towercos owning the infrastructure”. He cites the example of mobile operator Airtel, which is unable to offload its tower assets in Madagascar, Malawi, Gabon and Chad because the regulators have been reluctant to allow independent towercos to operate there.

Ethiopia, Africa’s second-most populous country, has been another major disappointment for towercos. The government is proceeding with its much-anticipated plans to begin liberalising the telecoms sector by granting licences to foreign mobile network operators. However, it has shifted its stance on towercos after initially signalling that they would be allowed to compete with state-owned Ethio Telecom.

According to Edwards, the towerco industry was hoping that “Ethiopia would follow a similar track to Myanmar, which licensed mobile operators and licensed towercos”. Although the government aims to double the number of towers in the country to around 14,000, it has now decided that mobile operators that receive licences will have to build their own towers or lease them from Ethio Telecom. The result, says Edwards, is that “mobile operators are going to need to deploy more of their own capital in developing their networks”, which will slow the process of strengthening telecoms infrastructure in the country.

Private equity investors also have to consider how political risk will affect their exit options. Helios Towers abandoned its initial plans for an IPO in March 2018, amid investor concern over political risk in the Democratic Republic of the Congo and Tanzania, two of the company’s key markets. IHS Towers shelved its own plans for an IPO in the same year owing to the upcoming election in Nigeria.

However, political and regulatory challenges are not insurmountable. Helios eventually launched a successful IPO in October 2019, and IHS is exploring options for a listing in the US.

Doyle acknowledges that Africa “is at an early stage of the maturity cycle for many advanced telecoms services”. However, he says demand for 5G and cloud services is increasing: “There may be a slight lag in relation to advanced and other developing economies in absorbing these technologies, but there is evidence that the appetite exists.” He believes it is only a matter of time before adoption of these new technologies gets to the point of “take-off” in Africa. 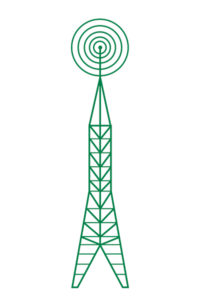 In connecting African consumers to telecommunication services, building the infrastructure is only half the challenge.

Operators also need to ensure their towers receive stable supplies of power. In much of Africa, but particularly in rural areas, towers are dependent on diesel generators. Expensive and difficult to supply at the best of times, diesel is also prone to being stolen. GSMA estimated in 2014 that theft added 10-15 percent to the cost of supplying diesel to telecom towers.

A potential solution comes in the form of energy service companies. Rather than divesting from towers, mobile operators can instead contract an ESCO to handle maintenance and power supply. This allows to operator to retain ownership of the site, but “get rid of a lot of the infrastructure headaches”, says Edwards. Orange has pioneered the model in Africa, since it sees having control of its own tower network as a strategic advantage that allows it to serve consumers no other company can reach.

ESCOs depend on their ability to deploy renewable and battery-powered energy in order to minimise diesel costs. “If you’re getting paid a guaranteed five- to seven-year term to supply power, it makes sense to install batteries or solar and then leave that site alone as much as possible,” says Edwards. ESCOs can then manage sites remotely, knowing they are almost guaranteed to make a return on their investment. The major towercos in Africa have also invested in renewable power generation schemes and occasionally outsource power supply to ESCOs.

DFIs have been eager to support ESCOs, owing to the latter’s role in improving connectivity and reducing carbon emissions. In 2019, DEG announced a $25 million long-term loan for IPT Powertech, one of the major ESCOs in Africa and the Middle East. Dreyer told Infrastructure Investor that this investment “fits well into DEG’s strategy to promote innovative energy solutions for telecom companies”, given that “IPT is specialised in implementing and operating hybrid energy solutions, which contribute to higher efficiency and reliability”.