This article is sponsored by Arcus Infrastructure Partners

Ask any infrastructure manager to define what essential qualities make infrastructure assets ‘infrastructure’ and you can almost guarantee the response: there should be a physical asset that provides an essential service, there should be high barriers to entry, there must be a prospect of sufficient utilisation over a reasonable period, and cashflow stability must be underpinned by a robust contractual framework, potentially inflation-linked.

Across Europe, and particularly in the UK, regulators have let free market forces drive investment in energy transition infrastructure with no more than relatively light-touch intervention. These fluid forces in turn drive the opportunity set that, through elbow grease, worn shoe-leather and too many Zoom hours, reaches our origination funnel.

Frustratingly, though, not only do most of the multi-billion-euro businesses or projects that we are counting on to convey us smoothly to net zero over the next 20 years or so lack the core attributes that would permit them to be classified as infrastructure investments, some of them would struggle even to meet a single criteria outlined above.

In some cases, this need not be a deal-breaker. At Arcus, we often take nascent businesses, like those actively engaged in the energy transition, and grow them through de-risked greenfield construction – “building cashflow, rather than buying it”.

But utilisation projections backed up by little more than crossed fingers, weak and ephemeral contractual terms for input supply and output demand, limited barriers to entry, significant obsolescence and stranded asset risks are all Rubicons that experienced infrastructure investors should be unwilling to cross. And it is not just us: our relationship banks, which are actively looking to lend into certain new green sectors, are scratching their heads and asking, “how does this qualify as an infrastructure investment if my recovery on default is zero?”

The waters are further clouded by some of the froth around emerging ‘darling’ industries. It feels a little over-optimistic, for example, to apply tech multiples to hydrogen and carbon capture and storage companies, when the technology is some distance from operating on a price-competitive basis, there is no ‘real’ end-market demand, and the scaling of these businesses, unlike initial tech platforms, will be massively capital-intensive. The sector is awash with venture risk, but governments are expectant that private market infrastructure equity and significant debt-capital financing will be forthcoming to bring these industries to fruition.

With national balance sheets stretched by the pandemic, governmental support is unlikely to materialise any time soon, which leaves traditional infrastructure funds struggling to find risk-return trade-offs that meet their stated objectives. So how do you find value in the transition?

Having an eye for value

First, look for sector niches that are most infrastructure-like, for example the EV charging sector. While a substantial proportion of early-adopter EV owners will charge their shiny, new vehicles on driveways, an enormous investment in on-street, destination and motorway charging will also be required, along with targeted grid-infrastructure upgrades, if the penetration rates for EVs is to get anywhere close to government targets.

As a team we must have reviewed well over 20 EV infrastructure funding opportunities in the past year, the majority of which seemed to be based on a ‘build it and they will come’ attitude to utilisation risk. Factor in the potential for slower than expected penetration growth, low barriers to entry once chargers are installed and a business model that might go the way of Betamax, and it becomes hard to characterise many of these as infrastructure.

A few opportunities, however, did pique our interest. Fleet, depot and selected destination charging sites (particularly where combined with the ‘as-a-service’ business model) have emerged as the most infrastructure-like opportunities in the sector. Buses, vans, taxis and coaches that return to the same bases having travelled a known mileage with a known charging requirement avoid many of the utilisation headaches and can be serviced under long-term contracts.

Such core contractual cashflows then allow the exploration of further platform opportunities such as co-located battery storage, demand response, bi-directional charging and behind-the-meter generation. All of which represent significant optionality but which, on their own, are certainly not infrastructure.

Learning from the past

After identifying the right niches, you have to consider the lessons of history. If we’ve learnt anything over the last 20 years, it is that today’s risky technology is tomorrow’s mainstream norm.

Take the wind and solar revolution in the 21st century. Driven initially by subsidies and more recently by CFD auctions, the levelised cost of energy has fallen dramatically across Europe.

This drop has been precipitated not only by significant improvements in technology, but also by a wave of capital that has a thirst for ‘green’ infrastructure, leading to a competition-led reduction in required equity return and also by lenders’ increased comfort in the popular sector.

Yield compression in key emerging sectors is likely to provide a considerable tailwind to returns as we move through the transition, filling the sails of early movers. However, in order to benefit from this, you need the in-depth knowledge of a sector that allows you to identify winning technologies in the first place, and sometimes you can find yourself swimming against the tide before it turns. This is nothing new.

In the early 2000s our team built large portfolios in onshore wind energy while most infra investors of the day considered it too risky. The same dynamic has played out at accelerated pace in relation to offshore projects. Fast-forward five years and the expected returns had halved as investors became increasingly comfortable with the technology and construction risk.

If regulators don’t provide the necessary contractual framework or subsidy support to bootstrap an investment as infrastructure, the next best thing is to find sub-sectors and investments within them that are infrastructure-like or infrastructure-sufficient. For some years now, so-called “industrial cluster utility” opportunities have been of particular interest.

Industrial CEOs are feeling the twin pressures of needing to slim balance sheets and proactively decarbonise production facilities. The solution is, effectively, to sell a facility to an infrastructure investor, then lease it back, having pre-agreed an ambitious capex or opex improvement plan. The facility is removed from the company’s balance sheet and the risk around the sustainability improvement plan is transferred to the investor.

On the face of it, this type of opportunity is not what you would term a traditional infrastructure asset, but when you consider its attributes – long-dated, stable contracts with highly-rated counterparties, intensive capex required for energy-efficiency programmes and high asset recovery on default – you have an almost perfect ‘synthetic’ infrastructure investment. We envisage that this sector will provide a fruitful hunting ground for new opportunities.

The momentum towards net zero means that energy transition infrastructure is one of the most auspicious investment opportunities the post-war era has yet seen. A universal theme across almost all emerging technologies in this sector, including energy storage, new biofuels and biogas technologies, and the decarbonisation of all forms of transport, will be the scaling of tested technology.

Early movers and value-add funds that have the experience to calibrate the risk, the confidence and appetite to invest in early proven platforms or reliable technologies, and the patience to follow up with capex for expansion, will reap the benefits and achieve higher risk-adjusted returns. It may be safer to follow the herd, but it is more rewarding to lead it. 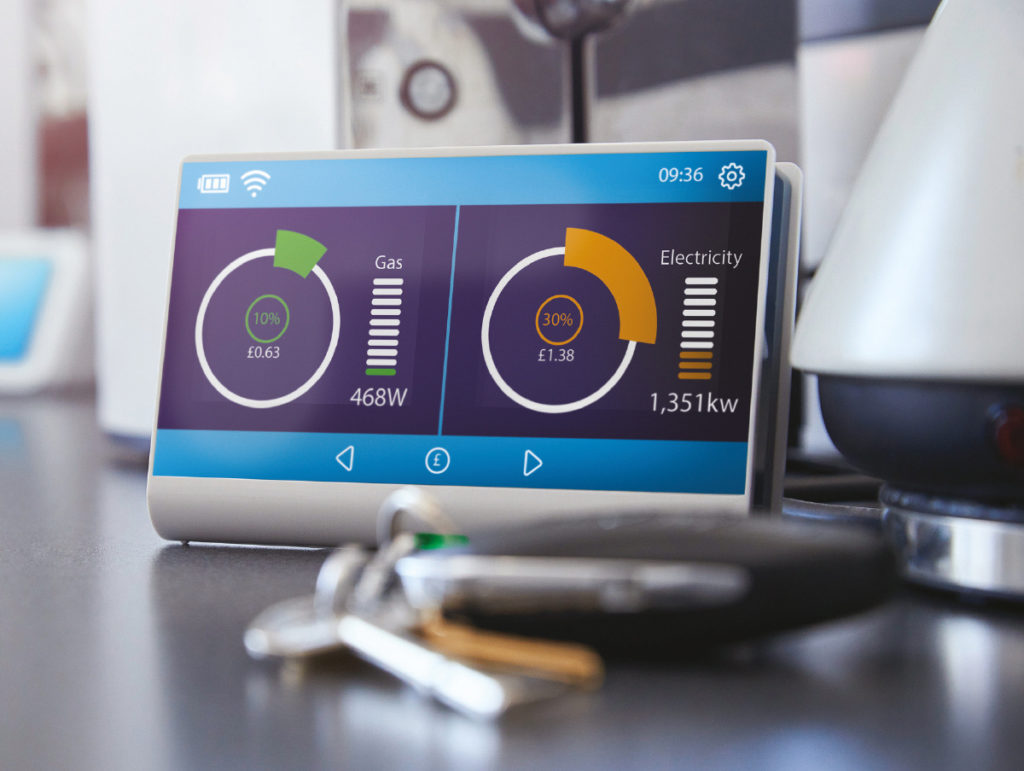 How regulation can help

European and UK regulators have two levers with which to propel the transition: subsidies on the one hand and innovative regulation that allows risk mitigation for capital providers on the other.

In the post-pandemic era of tight fiscal budgets, the second option of clear, accurate rule-setting empowers participants to continue investing while risk is measurably reduced or is at least quantifiable.

In the UK, the framework surrounding the smart meter roll-out programme and in particular the Supplier of Last Resort process has facilitated the installation of over 24 million smart meters to date (albeit rather more slowly than anticipated). A dense network of smart meters will in the near future enable time-of-use tariffs, faster switching for customers and more competition in the energy market, as well as, ultimately, a better outcome for the environment through more efficient energy use.

The SoLR process allows the regulator to move customers of a defaulted energy supplier to a stable one, while simultaneously protecting those who initially fund the meters. Upon a transfer through SoLR, the obligation to make meter rental payments moves seamlessly to the new, more creditworthy energy supplier. This means that the funding of the smart meter network is much cheaper than it would have been had the funders been required to face the energy suppliers directly.

As infrastructure investors we find it baffling that regulation such as SoLR is not used more proactively. There are sectors in the market that would derive great benefit from the certainty it can provide. With EV charging, for example, knowing how many chargers can be built in a particular area would allow investors to be more certain that they could generate a return to recoup their initial capex.

Similarly, prescribing the location of hydrogen injection points in the gas grid and a payment structure for hydrogen grid enrichment would speed up project deployment. Aspects of transition infrastructure such as these cannot rely for their development solely on small, loss-making projects funded out of the R&D budgets of oil companies.