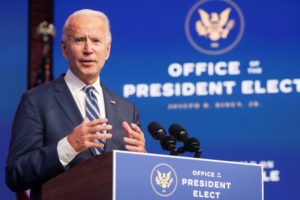 You wait 100 years for a comprehensive and transformative bipartisan US infrastructure plan and it almost falls apart in one press conference. President Joe Biden’s linkage of the passing of the $1.2 trillion Bipartisan Infrastructure Framework to his $6 trillion Families Plan almost threw the infrastructure plan off the tracks it intends to build.

That was a turbulent Thursday last week. By Saturday, the president was apologetic that the linkage of the two had “created the impression that I was issuing a veto threat on the very plan I had just agreed to, which was certainly not my intent”.

So, with the diggers back out, investors will be looking at what opportunities the framework presents. Many eyes will be diverted to the part of the president’s statement that confirmed financial sourcing for the plan would include “public-private partnerships, private activity bonds, direct pay bonds and asset recycling”. It was the second-to-last line in the White House’s statement on the framework, but whether it will retain its status as a footnote in the overall plan is yet to be determined.

“Having an explicit shout-out in terms of asset recycling signals the federal government is open to putting private equity as one of the tools to help solve the problem,” said DJ Gribbin, senior operating partner at Stonepeak, who also held the role of special assistant to the President for infrastructure under former president Donald Trump. “It’s unclear what the rules are going to be [for PPPs]. They could have a regulatory structure that allows lots of things to be concessioned or very tight constraints, so it will depend on what rules and incentives there are.”

With Biden’s original plan scaled back from its $2.3 trillion proposal in March, the new agreement (see the breakdown of spending here) will be likely to need individual US states to pull these private capital levers to make the most of the funding.

“This could lead to many more local governments using PPPs to pay for or serve as a procurement vehicle to achieve their infrastructure goals,” explained Marty Klepper, chairman of US infrastructure at Fengate Asset Management.

With only $579 billion of the agreement being funded by new money – and the remainder through unused coronavirus relief funds, unused unemployment insurance funds, reducing the IRS tax gap and the vague “macroeconomic impact of infrastructure investment” – there are also concerns about the sustainability of the funding.

“If you look at how they’re paying for it, it’s a bunch of miscellaneous streams, some of which has nothing to do with infrastructure,” added Gribbin. “Most of the revenue raisers they propose are one-time or unrelated. Usually from a policy perspective, you want the recipient of the benefit to also be incurring the cost.”

One source of funding will be the Infrastructure Financing Authority announced by Biden, which will be provided with $20 billion and designed to leverage $180 billion more. Sound familiar? Although details are sparse, it looks set to be a broader version of the Transportation Infrastructure Finance and Innovation Act, which provides loans and guarantees to transportation projects.

“It will provide very low-cost, long-term financing, in addition to the funding that will go to the states and different departments,” said Klepper, a former executive director of the Transportation Department’s Build America Bureau under Trump. “That was something we tried to get the Trump administration to agree to, but they were unwilling to do it.”

The agreement may be thin and imperfect on detail and subject to delicate politicking, but it may also be a chance that the country and investors will not see again.