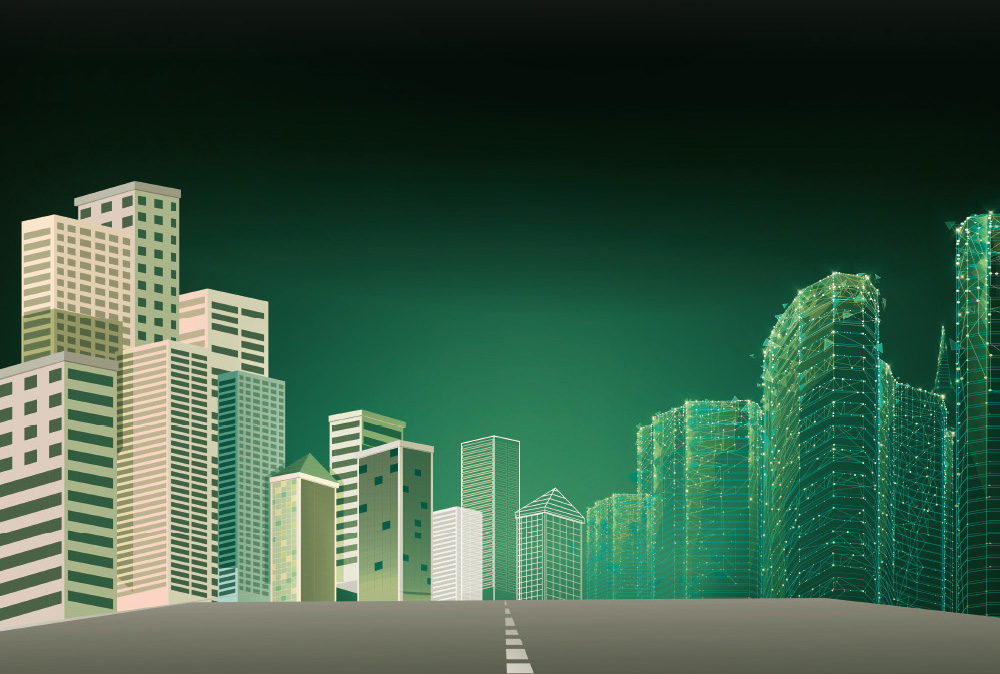 As Brookfield Asset Management deploys its new $20 billion infrastructure fund, the global investment firm is helping to redefine which assets are considered core for a new economy.

The Toronto-based asset manager closed Brookfield Infrastructure Fund IV in February. That was after 15 months of marketing to investors a vehicle targeting “high-quality core infrastructure,” according to public pension documents. To many in the industry, assets like power plants, toll roads and utility companies still come to mind when you mention core. But so far, Brookfield has largely taken a different approach with BIF IV.

Already, the firm has deployed $8 billion of BIF IV capital, with 65 percent – or $5.2 billion – of that going towards digital infrastructure and renewable energy investments, two sectors that could hardly be found in an infrastructure manager’s pitchbook a decade ago. If Brookfield sticks close to the target allocation it has outlined, data assets and renewables could make up around half of BIF IV’s total exposure.

Sam Pollock, who heads Brookfield’s infrastructure group, tells Infrastructure Investor the firm is looking for “opportunities where we can achieve” the 13-15 percent gross returns that it is targeting for BIF IV.

Pollock says broad interest in traditional core assets like utility companies, which have been de-risked through regulation and long-term contracts, are driving down returns. “There are very strong bids for infrastructure assets that are bond-like,” he explains. “With interest rates as low as they are, the more de-risked assets are the ones that have compressed the most.”

According to Kelly DePonte, managing director at placement agent Probitas Partners, the size of deals Brookfield must pursue to deploy BIF IV limits the amount of traditional core infrastructure the firm can target. “When you’re trying to deploy $20 billion, you are going to end up heavily pursuing large transactions,” DePonte says. “There’s a fair amount of competition for those transactions, especially if you’re looking at core infrastructure.”

To still deliver mid-teen gross returns, Brookfield is looking to invest in sectors with less competition but that are still vital to the global economy, in order to ensure cashflows throughout economic cycles.

It marketed a pretty even spread of sectors for BIF IV, similar to the firm’s previous flagship infrastructure funds.

BIF IV’s strategy features 25 percent of capital going toward renewables, with the most notable deal to date being a C$750 million ($559 million; €521 million) investment in Canadian clean energy company TransAlta, announced in March 2019. Part of the deal allows Brookfield to take an equity stake in TransAlta’s hydropower assets in Alberta province, at a later date.

“Through our investment in TransAlta, we are supporting their transition to 100 percent clean energy, while also providing them with the potential of a forward sale of up to 49 percent of their hydroelectric assets,” Pollock explains, adding renewables will be a “key part” of Brookfield’s strategy to deploy BIF IV.

Despite its debut Canadian deal, Pollock hints the firm will likely look to emerging markets for future renewables opportunities. “While everyone talks about regulations and the decarbonisation initiatives in the developed world, we are also seeing strong demand for renewables in places like China and India,” Pollock says. “Sizable future renewables growth will be in those markets, as the sector has not progressed as quickly as in other markets.”

In transportation, where Brookfield plans to invest around 20 percent of BIF IV, the manager recently closed a joint acquisition – along with Singapore’s sovereign wealth fund, GIC – of North American rail company Genesee & Wyoming, a deal valued at $8.4 billion, including debt.

In the energy sector, which also has a 20 percent target allocation, Pollock says Brookfield is keeping its eye on “value opportunities” it hasn’t invested in before. “We’ll pick our spots in this market as we see various companies searching for capital they can no longer access through the public markets,” he explains.

Geographically, Brookfield plans to invest around 70 percent of the fund in OECD markets, with the rest to be spent mainly in Brazil and India. As the firm has started investing BIF IV, though, the real spending spree to date has gone on in the data sector.

The vehicle is the first flagship infrastructure fund that Brookfield marketed to investors with a target allocation to the sector, which was originally set at 15 percent. However, in the first half of deployment, Brookfield has already surpassed that, committing 18 percent – or $3.6 billion – to portfolios of data centres and telecom towers in the US, UK, Latin America and India.

With this start, Pollock says commitments to data assets could end up amounting to 20-25 percent of the fund, something that would “illustrate the importance of data in the economy today”. To date, the firm has invested $13 billion of equity into recent data sector assets, including capital from BIF IV, as well as Brookfield’s third flagship fund and through co-investments.

“Data assets are not overly complicated to manage”

Headlining Brookfield’s investments has been its joint acquisition of Ascenty, a Latin American data centre operator, in partnership with Digital Realty Trust, a US-based company working in the sector. As part of the deal, which was valued at $1.8 billion, Brookfield took a 49 percent stake in Ascenty. Last year, the firm also agreed to buy, alongside New Zealand-based Infratil, Vodafone Group’s New Zealand telecoms business in a deal valued at $2.23 billion.

To close out 2019, Brookfield announced three acquisitions. It first disclosed the full acquisition of a 130,000 telecom towers portfolio in India, an investment requiring $3.7 billion in equity. It then purchased 93 percent of UK-based mobile tower operator Wireless Infrastructure Group from 3i Infrastructure in a deal valued at £575 million ($743.1 million; €670.4 million), including £387 million of equity. Finally, it agreed to buy US-based data transmission company Cincinnati Bell in a deal worth about $2.6 billion.

According to Pollock, Brookfield’s turn towards data is driven by opportunity and necessity. He notes that competition for more traditional assets is at an all-time high. To explain how such a relatively nascent sector can make up a sizeable chunk of a core-focused fund, he says the data assets Brookfield is backing are secured by contracts similar to core assets.

Paul Chapman is director of real estate and real return at the New Mexico State Investment Council, a $26 billion state endowment that committed $100 million to BIF IV. He told Infrastructure Investor that, even though he is not ready to consider data assets core infrastructure, the sector has shown a “tremendous amount of growth” and can be greatly de-risked.

“From a landlord perspective,” Chapman explains, data assets are not overly complicated to manage. “When you walk into a data centre and look at all of the wiring and heat that’s generated from operating equipment, you think this is a complex asset,” he says. “But at its heart, it’s an industrial building that has a power substation on its premises.

“You could take the same building and create a very different risk profile by having shorter-term leases and lesser-quality tenants. The devil’s in the details.”

“The risk is you haven’t seen a real economic cycle for these types of assets. The economic sensitivity of the data sector is still very hard to underwrite”

Brent Burnett, co-head of real assets at Hamilton Lane, says there is still “some debate” about whether data assets constitute core infrastructure. He agrees that it all comes down to what is in the contract: “Like any other infrastructure asset, it’s hard to group an entire sub-sector into a single risk category. It’s all about contract terms, customer diversity and pass-through costs. The risk is you haven’t seen a real economic cycle for these types of assets. The economic sensitivity of the data sector is still very hard to underwrite. There are some questions around how cyclically dependent the data sector might be.”

Pollock, though, has made it clear Brookfield is looking for “recession-proof industries” and “I just don’t see data consumption dropping dramatically” in a recession.

According to a senior investment professional at another blue-chip infrastructure manager, who asked to speak anonymously in order to discuss Brookfield’s strategy candidly, the structure of how data assets are contracted is “evolving,” making the sector more “investable”.

“You could say the same thing about conventional power,” the source says. “Going back 10 or 15 years, we said: ‘We don’t do development’. Well, we do a lot of development now, but we do development where the risks are very well understood.”

Still, the source says the data sector is an area their firm is not quite ready to move into, but they understand why that is where Brookfield is headed.

“What worked yesterday is never going to work today,” the source explains, adding that, in a crowded market, managers need to “get outside of what’s historical”.

“You could argue that brings more risk,” the source says. “Or maybe it doesn’t. What a smart fund manager needs to do is find things that other people don’t find. That gets hard the more managers that are out there.”

With $12 billion of capital left to deploy, it remains to be seen how Brookfield will build out the rest of BIF IV’s portfolio. However, its strategy so far has left no doubt that the world’s largest core infrastructure fund sees data as the newest core sub-sector.

What is also certain is that this sub-sector, which has matured into the infrastructure mainstream over the past decade, is here to stay. It is adding greater diversification – and, in some cases, more risk – to portfolios when investors are considering an allocation to infrastructure.

The main question Brookfield now faces is whether the firm is willing to overallocate to a sector like data in pursuit of an attractive opportunity and risk-adjusted returns. And whether that means it will underallocate to traditional sectors, where increased competition continues to compress returns.

Anatomy of a fund

Brookfield raised BIF IV during a buoyant time for infrastructure fundraising. The industry saw its second-best year for pooling capital in 2019, with investors committing $97.3 billion across 61 closed-end, unlisted funds, according to Infrastructure Investor data.

Those investors are joined by a global host of others – 170 in total – with 25 percent of BIF IV’s capital coming from LPs in Asia, the same percentage coming from the US, 20 percent coming from Canada, and the remaining 30 percent coming from Australia, Europe and the Middle East. Brookfield is also pitching in $5 billion from its publicly listed infrastructure and renewables vehicles.

“[Brookfield] certainly has proved in the past they can deploy a fair amount of money,” Kelly DePonte, managing partner at placement agent Probitas Partners, says, recalling the combined $23.6 billion the firm has raised for its previous flagship unlisted infrastructure funds. “This is a large fund, but when you look at what they’ve been able to do in the past, it doesn’t seem like an overly large fund.”

Investors committing capital to BIF IV are seeking exposure to assets that are stable throughout economic cycles, explains Sam Pollock, head of Brookfield’s infrastructure group. The firm’s previous infrastructure vehicles have provided, on average, a 4-6 percent yield over the funds’ life cycle, he adds.

“People’s memories are still pretty sharp over the volatility of the financial crisis,” Pollock says. “Having the opportunity to invest in a safe, secure asset class like infrastructure … they earn a total return that’s well in excess of what they’d ever achieve on fixed-income investments, and in most cases their other equity investments over a long period of time.”