Investor appetite for energy transition investing charted new territory last year. Global investment in renewable energy generation topped $350 billion for the first time ever, a 6.7 percent rise over the previous year and a hefty 31 percent hike over the past five years, according to BloombergNEF.

Investment in lifting wind and solar capacity has been the strategy du jour for specialist infrastructure managers in recent years, comprising almost half of last year’s energy transition investment by sector. Falling development costs, government incentives and volatile commodity prices have all coalesced to boost investor confidence in the value creation of low-carbon energy.

But while renewables may be core to most specialist energy transition strategies today, the reality is that greenfield renewables generation alone will not deliver a net-zero global economy. At most, decarbonising the entire power sector would tackle just 40 percent of global carbon emissions, according to the International Energy Agency.

“We think it is critical not to narrow the scope of ‘energy transition’ to only core renewables,” says Martin Lennon, co-founder and head of Infracapital. “All sectors have a vital role to play in delivering a low-carbon future, whether that is decarbonising transport or supporting the roll-out of digital infrastructure which will underpin many of the green solutions of tomorrow.”

Heavy industries – including steel, cement and ethylene production – emit between one-fifth and one-quarter of the world’s greenhouse gases, according to the Center for Strategic and International Studies. The transport sector releases a similar share of carbon into the atmosphere. Feedstock used in many industrial processes still relies on hard-to-abate, carbon-intensive practices, while fossil fuels are widely employed for heat generation. Both require significant investment to overhaul.

“It has been a question of renewables being more expensive than conventional energy sources, but with natural gas prices so high, potentially for some time, it is creating an amazing opportunity for renewables in the context of fuel switching,” says David Scaysbrook, co-founder and managing partner of Quinbrook Infrastructure Partners. “I think from a strategic and product development perspective, the smartest strategies and projects will be gravitating to those locations where renewables are cheapest.”

Boosting renewables capacity has been the lowest-hanging fruit for funds focused on the energy transition. But amid competition and the need to decarbonise existing brownfield assets, we have welcomed the arrival of a new kind of energy transition fund: specialist strategies aimed at transforming carbon-intensive industries.

The largest such private vehicle is Brookfield’s debut Global Transition Fund, which closed in June on $15 billion, $2.5 billion above its initial hard-cap. The manager has touted a diverse range of possible decarbonising investments for the fund, including energy efficiency roll-outs, electric vehicle charging infrastructure, carbon capture and waste management. Investors in the fund are mainly North American pension funds, with the New York State Common Retirement Fund one of the largest sponsors.

Daniel Watson, head of sustainability at UK-based Amber Infrastructure, another specialist infrastructure investment manager, agrees there is merit in such an approach. “I think there are definitely opportunities for investors to set robust net-zero strategies to drive value. When you look at the increased flows of capital into ESG funds and mandates, unless you are tackling risks and driving sustainability performance, you are just decreasing the pools of capital that you can access.”

Industrial and commercial companies often lack the core energy expertise to transform themselves into cost-effective and efficient decarbonised businesses, says Marco van Daele, co-CEO and CIO at SUSI Partners. “Companies set climate targets and realise the risk to their business if they do not have an energy strategy. But the capabilities and capital are often missing as they will always prioritise spending on their core business rather than decarbonising. That is why our strategies came about because we saw a gap and the fundamental need for more capital.”

Joanne Patrick, head of sustainable energy at Amber Infrastructure, agrees. “We are seeing the cost of living rise and playing a significant role in the energy efficiency space. Our MEEF fund has recently received traction from the NHS because energy efficiency measures can tackle backlog maintenance, improve wellbeing of patients and staff while lowering heightened energy costs.”

Management consultant McKinsey & Co estimates that energy efficiency measures in the industrial sector alone could cut fuel consumption by as much as 15-20 percent, boosting company finances while also lowering their operational carbon footprint. “The most logical place to start is the highest energy use industries, for example steelmaking or cement, where 60-80 percent of the cost is energy,” says van Daele. “If you look at the largest steel manufacturers, they realise that this is absolutely core to the point of being mission critical. The next layer is companies where energy is not such an obvious target to optimise, and then heat is the next big vector.”

Bang for your buck?

Energy efficiency measures are undeniably a step forward for cutting carbon emissions, but not everyone is convinced investment will translate into strong returns. “It is just difficult to invest in at scale,” argues Scaysbrook, adding that “each individual opportunity tends to be rather small. If you look at the popularity of infrastructure allocation, it is not surprising that a lot of managers are fashioning energy transition strategies focused on infrastructure elements, basically wind and solar”.

Another issue is the opportunistic nature of these emerging specialist energy transition funds. Some GPs may be launching these strategies to tap into the latest, hot trend rather than to leverage specific in-house expertise. “Non-specialists see an opportunity to raise funds because of the popularity of the thematic, which leads to LP confusion over which strategy to pick, which are truly infrastructure and what is greenfield versus brownfield,” says Scaysbrook.

Others point to the importance of sector experience when delivering real value to investors. “I think there is a real danger that a lot of people are jumping on the bandwagon, and maybe they are very good at raising funds, but the test will be whether investments actually generate a return and some might be heading for a train wreck,” says van Daele.

Lennon adds: “This is a really important point, and we have all seen examples of greenwashing as the focus on ESG has become more prominent. However, investors are increasingly very knowledgeable on this area, with requests for much more detailed quantitative information and expectations of audited ESG accreditations.”

Earlier in the year, Brookfield boldly attempted to take control of AGL Energy, one of Australia’s largest energy utilities, with an initial A$8 billion ($5.8 billion; €5.5 billion) bid. The manager claimed that, if accepted, it would close AGL’s Australian coal-fired power stations to accelerate its path to net zero.

“I think we will start to see, as we saw with very big buyout funds in the leveraged buyouts space, [funds] able to buy businesses and turn their strategy on their head,” says Scaysbrook. “What you saw with Brookfield’s ambition for AGL is potentially the emergence of a buyout fund strategy within the energy transition.”

Capital deployed by specialist decarbonising funds, especially those similar in size to Brookfield’s, have the potential to transform businesses at a scale never previously seen. This could serve as a wake-up call for management teams. Especially if failure to craft a decarbonising strategy increases the risk of takeover and leads to the incumbent leadership team being turfed out. Even if this dynamic does not play out, decarbonising strategies clearly have the power to provoke lasting change. 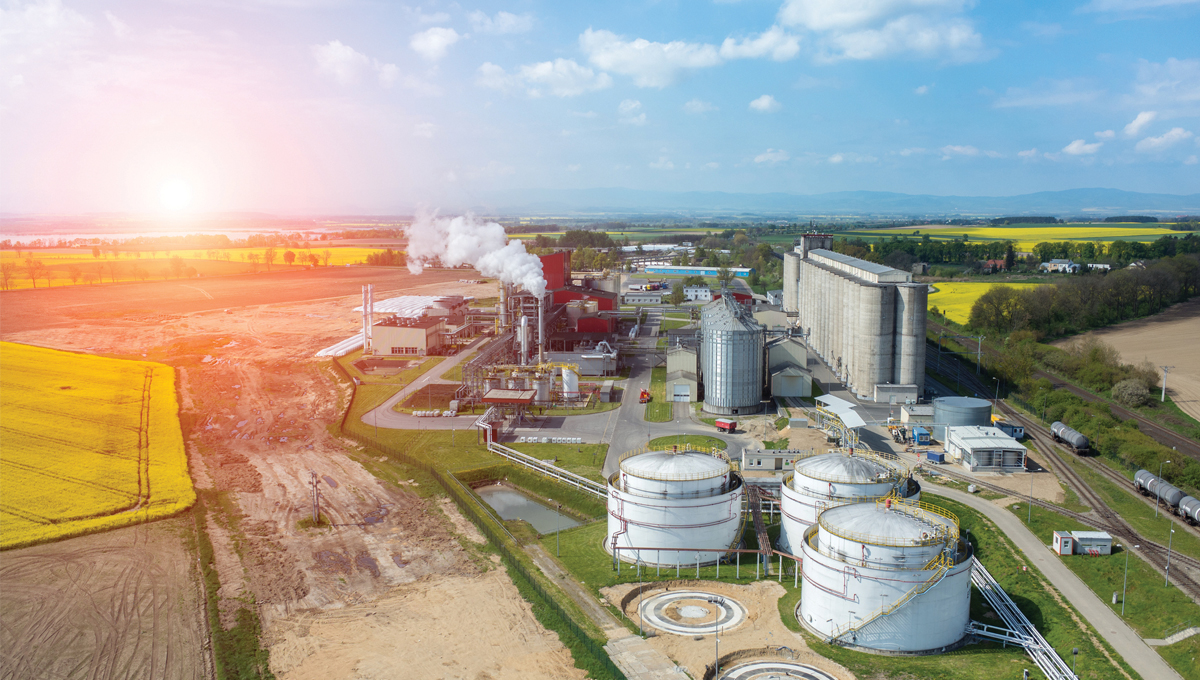 Merging technology with the circular economy offers opportunities to accelerate the energy transition.

Decarbonising the waste sector could have a profound impact on global carbon emissions. Viridor, a UK waste business acquired by KKR through its Global Infrastructure Investors IV fund, estimates that if all energy-from-waste facilities were fitted with carbon capture, utilisation and storage technology, half of the UK government’s carbon reduction targets could be met by 2030.

Swiss manager Partners Group is also expanding into the decarbonisation space. In July, the company acquired the US energy efficiency firm Budderfly and has investments in biomass including Gren, one of the largest district heating platforms in the Baltics. “I would say about 90 percent of the investments within our origination efforts have some kind of decarbonisation angle to them,” says Esther Peiner, managing director and co-head of private infrastructure Europe at Partners Group. “Gren is almost exclusively biomass and waste fuelled. It is a very interesting proposition when you look at the carbon footprint of traditional forms of home heating, for example peat which is even worse than oil heating.”