This article is sponsored by Herbert Smith Freehills

What do you see as the role of infrastructure when it comes to achieving net zero?

Silke Goldberg: Infrastructure is the anchor that will help deliver net-zero policy ambitions. Decarbonisation and the reduction of greenhouse gas emissions are the right things to do, of course. But to achieve those goals you need physical implementation and that means infrastructure. And you don’t only need the infrastructure required to create green energy in the first place, you also need to upgrade the grid, for example, to cope with higher renewables penetration and the associated intermittency. The grid needs to be digitised for the same reason.

Gavin Williams: I agree. The infrastructure industry has a vast role to play in reaching net zero, first in terms of helping shape policy, then in engineering new sources of energy and transporting that energy to where it is needed. That means building new infrastructure. It also means adapting existing infrastructure.

Finally, the industry has to develop a way of financing it all that balances risk and reward, while not imposing unsustainable costs onto the system, thereby making economies uncompetitive or the cost of living intolerable.

It is a huge responsibility but also a great opportunity for the asset class.

What are those opportunities – or responsibilities – when it comes to the power sector, first of all?

SG: There is a wide expanse of investment opportunity associated with greening the power sector, ranging from upgrading grids to laying the cables connecting offshore wind farms to onshore customers but crucially also in the generation sector.

Given the commitments made by countries at COP26 in relation to net zero and decarbonisation, we expect to see investment in large scale renewable energy projects rise. Whilst government policy will be crucial in setting the right policy signals for such investments to happen, the private sector has a huge role to play.

For regulatory reasons, investors in the EU often need to make a strategic choice as to whether they want to invest in generation or in the grid, but there is still everything to play for when it comes to generation, as well.

Most European countries are committed to adding a lot more green electrons to the net, which ultimately means more investment in onshore and offshore wind and solar, where subsidies are tapering off for good reason, as well as some of the racier technologies which are still receiving a lot of support.

We are seeing investors in the more established technologies (onshore and offshore wind, solar) starting to invest earlier in the lifecycle of projects, meaning they accept, for instance, development or even consenting risk. Given that regulatory support (eg, feed-in tariffs) is starting to taper off, this indicates that investment in this sector is slowly shifting away from ‘classical’ core infrastructure investment patterns. 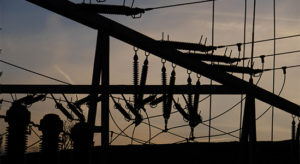 How is the mission to reach net zero impacting transactions?

GW: There is a greater emphasis on environmental factors in due diligence. First and foremost, investors wish to know what impact an asset is having on the environment in which it sits. Then they are asking themselves how much the asset will be worth when it is time to sell. The terminal value of an asset and the risk that it will become ‘stranded’ are crucial questions. Further, they wish to know the cost of financing that asset. New regulation is directing capital towards assets with a more favourable environmental profile, while reducing the supply of capital to less green assets. That means green assets are becoming less expensive to finance and vice versa.

What about other sectors, outside of power?

GW: It is really about systemic change. Entire systems, such as the transportation network, that have been in place since the steam train and internal combustion engine came along, now have to be reinvented. That is creating huge investment opportunity around EV charging networks; around the use of EVs for ground handling at ports and airports; around the shift of freight from road to rail and around the use of hydrogen for powering heavier vehicles.

And it isn’t just the transport sector, of course. Take water. That is one industry that uses a huge amount of power for processing, treatment and pumping and which will readily make use of cleaner sources of electricity.

SG: Electrification is the buzz word. It has been talked about for some time and now we are starting to see projects coming online. There are a number of oil and gas majors that are looking to electrify their platforms in the North Sea, for example. Again, it requires a great deal of infrastructure to develop those projects and there will be opportunities for infrastructure investors to come on board. But it’s not all about electrification; cleaner fuels, in particular biofuels, as well as hydrogen, will play a huge part too.

Is waste-to-energy also an area of interest?

SG: Waste has become a fuel stock. We have recently worked on a couple of big projects in Europe for example, where agricultural communities are using biomass as a source of heat. At the same time, waste-to-energy has become so efficient in Sweden that they have effectively run out of waste and are importing it from elsewhere. We see lots of opportunities around the world.

What are the challenges involved in upgrading networks?

SG: Historically, we have seen a lot of embedded generation, which is then connected directly to the distribution grid. Distribution grids are therefore at the frontline of the energy transition and a lot of upgrading is necessary. We are also seeing distribution network operators having a far greater responsibility for balancing the system, making sure it is safe and secure and can deliver reliable electricity through the transition.

There is a tremendous need for investment at a transmission level as well. Often, renewable energy generation takes place a long distance from where it is consumed. For example, Germany produces a lot of energy from its offshore wind farms in the North Sea, but its centres of consumption are in the south of the country, so a great deal of investment in the transmission system is needed to deliver that power to where it needs to be.

In Europe, intermittency will need to be managed at a regional level. That already happens to some extent, through European market design, but there will need to be even more emphasis on investment in interconnectors to assist with the management of the intermittent qualities of renewable power.

We see this pattern wherever significant volumes of renewable generation capacities are added to the energy mix and where traditional grids designed to cope with conventional baseload generation facilities now need to integrate rather more renewable energy sources, for instance in Texas or South Australia. I think we will continue to see more private capital invested in the sector.

GW: We are involved in some groundbreaking projects in Asia and Australia, for example, where solar generation is under construction great distances away from the point of consumption.

We are also seeing large renewables facilities being used to generate electricity, not for domestic or industrial use, but to produce hydrogen that is then shipped elsewhere. The vastness of the transition is sometimes difficult to fully appreciate. The existing system will either have to change rapidly or be entirely reimagined for the new sources of energy that we will be consuming in the years ahead. And a good amount of what is needed just doesn’t exist yet, which translates into enormous investment opportunities, albeit with a significant amount of risk attached.

“Entire systems… that have been in place since the steam train and internal combustion engine came along, now have to be reinvented”
Gavin Williams

There is an awareness amongst central bankers that the energy transition will bring significant cost to economies with the potential for inflationary effects, which in turn will impact the cost of living, either through tax increases or utility bills. And, of course, one of the big problems is the pace at which this needs to happen.

In this sense, infrastructure is a perfect fit, because the money that flows into the asset class tends to have very long-dated return expectations. That has already led to a meaningful expansion in core infrastructure funds in recent years and we will continue to see more open-ended vehicles offer a lower cost of organised capital to the market. Meanwhile, the technology supply chain that is needed will continue to be supported by the core-plus end of the market, using management and rewards models more akin to private equity to drive results over shorter time horizons.

As well as creating demand for new forms of infrastructure, climate change is catalysing investment in existing assets. What is the interplay between those two dynamics?

GW: After decades of relative stability in terms of the energy we consume and the modes of transport we use, we are now entering a period that is going to be characterised by perpetual change. On the one hand, that is going to mean relatively incremental upgrades to existing infrastructure. It also includes the development of enormously exciting new technologies that will allow us to generate electricity and propel vehicles, literally from thin air. That isn’t something I ever expected to see in my lifetime, but it will come to pass at scale in the next few years.

There is a huge amount of engineering, both physical and financial, that needs to take place in order to deliver on that. The challenge is to keep the lights on but at an affordable price and in a sustainable way. A balance needs to be struck between meeting climate goals and stopping the planet destroying itself in the process, whilst not crippling ourselves financially and destroying our economies.

SG: It’s the energy trilemma: supply security, climate change goals and affordability. I agree with Gavin that we can expect a prolonged period of almost continual change and I think we can expect more regulatory evolution to help deal with that. The world has set itself some hugely ambitious and important targets and it is exciting to be part of achieving them in some small way.