This article is sponsored by Prime Capital

Renewables returns are coming under pressure, particularly as feed-in tariffs wind down. How can you maintain IRRs in this environment?

Mathias Bimberg: There has been a move away from subsidies towards merchant risk right across Europe. Add to that the fact that institutional interest in the renewables market has soared as investors seek to meet their ESG objectives, which means the prices for assets within the entire renewables sphere are actually increasing, and it’s clear that returns are coming under real pressure as a result.

Against this backdrop, we concluded that investing in the production capacity associated with the lowest possible cost of electricity is the best way to maintain IRRs.

There have been rapid technological developments in recent years, which led to decreasing levelised cost of energy (the cost of producing a kilowatt hour of electricity). Investing at the very lowest possible price point provides a natural hedge against the potential for low power prices in a fluctuating power price environment.

Hendrik Buettner: Nowadays, there’s genuine competition between fossilised power plants and renewables power plants, given that renewables are no longer artificially boosted by generous feed-in tariffs. So, as investors we need to deploy capital in the power generation form that produces at the lowest costs.

It is not simply an ideological issue of wanting to go green, it is about investing in the very best assets. In a merchant environment, the lowest cost of electricity means the highest returns for investors.

Where can the lowest levelised cost of energy production be found?

MB: In Europe, the lowest levelised cost of energy production can be found either in Spain, where there is a lot of sun, or in Scandinavia, where there is a lot of wind. Scandinavia also has the advantage of low population density in rural areas, allowing for large-scale projects with significant economies of scale. That is important. In order to bring the levelised cost of electricity down, we invest in large-scale greenfield onshore wind construction projects. We are not looking to invest in just three or four wind turbine projects.

Within the Nordic windfarm market, how do you select the best sites and opportunities to pursue?

MB: An important component of our strategy is our partnership with Siemens Gamesa, which is, in our view, the biggest and most financially sound wind turbine manufacturer, with the best technology. Some might perceive our partnership as a risk, because we are not technology agnostic. But there are clear advantages. When a project is in the development phase, developers will approach turbine manufacturers to ask them what turbine technology they have to deploy at the site. That means turbine manufacturers have earlier access to the pipeline of projects coming to market than institutional investors, enabling us early knowledge and access to the most attractive sites.

The recent announcement that Vestas will invest in Copenhagen Infrastructure Partners to further expand its presence across a wider range of the renewable value chain supports our view. It is very comparable to the industrial partnership we entered into with the Siemens Group already two years ago.

In terms of what makes an attractive site, that is relatively easy. It has attractive wind conditions and low infrastructure complexity. Low infrastructure complexity might mean multiple access points to the site, pre-existing roads or proximity to a port, for example. Components are getting bigger and bigger. Rotor blades are getting longer. The diameters of the tower sections are getting bigger, so it is very important to take these logistical factors into account, as well as permitting risk, of course. Unlike interest rates and future power price expectations, the one factor that you can really influence is construction risk and capex.

Are there any areas of renewables, other than Nordic wind production, piquing your interest?

MB: Up to 25 percent of the fund can be invested in renewable energy-related technologies like, for example, hydrogen production. We are trying to do something intelligent with energy, and not just the production of energy, but the consumption of energy as well. Siemens is a strong partner here too because it has a hydrogen solutions business. We are planning to build hybrid projects that produce synthetic natural gas through Power-to-X, as well as various derivatives which can be used in the chemicals industry. We are currently looking at potential sites in Scandinavia where we can produce this hydrogen from the electricity we supply from our windfarms. The oxygen can then also be sold to the local fishing industry. These are some of the concepts we are looking at right now.

How do you expect technological developments to evolve going forward and what impact will that have on the levelised cost of electricity?

MB: Ongoing and rapid technological development will, I expect, continue to decrease the levelised cost of energy. Three years ago, turbine tip heights reached 180 metres. That is now moving in the direction of 220 metres and in a couple of years I think that in Finland we will see permitted tip height limits of 280 metres. The energy that can be generated increases by the power of two with increasing tip height and so if offshore technology can be moved to onshore sites, we should see the levelised cost of energy continue to come further down.

How does a focus on levelised cost of energy translate into investment performance?

MB: In our experience, focusing on levelised cost of energy can generate 2 to 3 percentage points of alpha compared to more generalised, pan-European renewables strategies. We aim to deliver between 8 and 10 percent IRRs. Investing at scale helps to achieve that – windfarms with 60 wind turbines are substantially cheaper than windfarms with six wind turbines.

Indeed, due to the fact that we generate at the lowest levelised cost of energy, we are also very competitive when it comes to big RFPs with the US hyperscalers. For example, we have among others, a power purchase agreement with Google and are currently in the process of securing a contract with another major tech giant.

HB: The levelised cost of energy has been somewhat neglected as an investment factor in the past. Feed-in tariffs meant it was easy to ignore. But it is becoming harder and harder to justify the 3 to 6 percent IRRs that brownfield renewables assets can generate to underlying investors. A proactive approach to levelised cost of energy is the way forward and we fully expect it to be adopted by others.

How have LPs responded to contracting returns in the traditional renewables space?

HB: Speaking to investors, it is clear that in this low interest rate environment, where bonds will no longer deliver the returns they require, renewables remain in high demand. The appetite is intensified by the sector’s ESG credentials, which are becoming an increasingly important factor for institutions.

MB: In the so-called good old days, when the industry was profiting from feed-in tariffs, everyone was jumping into the renewables sector and the majority of investors made decent returns on those investments. But as feed-in tariffs begin to disappear, investors are understandably taking another look. They understand that to invest in renewables today, they need to take merchant risk, which means some are starting to become more cautious. But, on the whole, growing pressure to increase commitments to ESG-compliant investments makes it a hard sector to walk away from. There are few other opportunities out there where the ESG component is quite so prominent.

A highly-focused strategy may not be everyone’s cup of tea, but we are experiencing a great level of interest from the broader investor sphere. To reiterate the point, you have to invest in assets that offer the lowest levelised cost of electricity. 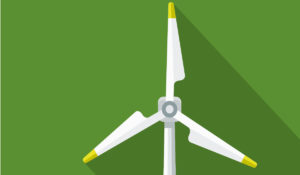 In the closing months of a year blighted by an international pandemic that significantly hampered firms’ ability to do deals, Prime Capital entered into a new wind energy project in Sweden, the Björnberget Wind Farm, which it acquired from developer RES.

With a total capacity of 372 megawatts, the project represents the largest onshore wind park to be constructed in Europe that reached financial close in 2020 and will exemplify how investing at scale can ensure the lowest levelised cost of electricity. The deal takes Prime’s infrastructure track record in the Nordics to more than 1 gigawatt.

The Björnberget windfarm will produce energy for around 300,000 European households and help avoid more than 600,000 tonnes of CO2 a year. Using 60 wind turbines from Siemens Gamesa, each with a nominal output of 6.2 megawatts and the largest rotor diameter in the onshore sector, construction began in 2020, with the plant scheduled to go live early in 2023.

Prime, which also brought in Israeli Enlight Renewable Energy as a co-investor, entered into a 10-year power purchase agreement with a global tech giant, offtaking roughly half of the project’s electricity production.