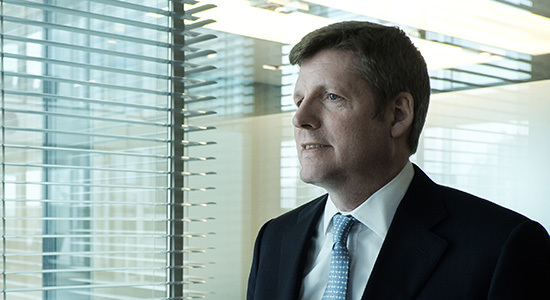 So how is the “star pupil” performing? Well, BlackRock topped the class in our 2020 ranking of infrastructure debt managers (stay tuned for 2021’s edition next month). Unlike many in the ranking, the majority of BlackRock’s funds raised come through separate accounts; and although this suits certain geographic regulatory constraints, Barry believes this approach is the best regardless.

“As an asset, it’s easily syndicated across accounts,” he says. “Also, the larger institutions want something more specific. They’re choosing tenor, sectors and risk levels. They can just suit themselves more specifically.”

Allianz jumps on high-yield debt bandwagon
One firm that has enjoyed commingled debt fund success is Allianz Global Investors, an infrastructure debt pioneer with €18 billion invested since 2013. The group is now making a move into high-yield debt, which we’ve highlighted as a theme to watch out for this year. Its new Allianz Resilient Opportunistic Credit strategy will be led by Tom Lees, who joined the firm in January. Lees comes from BNP Paribas and brings 17 years of infrastructure experience.

A spokeswoman declined to comment on fundraising for the new strategy, which will target an average credit profile of B+ across core, core-plus and value-add OECD infrastructure. The six-year, high-yield strategy joins the long-duration Allianz Euro Core Infrastructure Debt Fund and the eight-year Allianz Resilient Credit Euro Fund, which closed in Q4 on €745 million and €397 million, respectively. The former focuses on investment-grade assets while the latter targets a more diverse set of higher-yielding assets.

Despite the popularity of high-yield debt strategies, a more complex capital stack is not without its headaches. As one senior debt source noted, come the next crisis, there will be more parties around the table to negotiate with. The source added that high-yield debt providers tend to be “less cooperative” in negotiations than their counterparts in equity and senior debt.

Mirova forgoes fees for impact
A €1 billion target for Mirova’s fifth renewables fund was certainly the headline-grabbing news from the Natixis affiliate last week, though Raphaël Lance, head of Mirova’s energy transition infrastructure funds, also told us of an innovative impact strategy tied to the vehicle.

Last October, Mirova was awarded B Corp status, a French accreditation whereby signatories have a legal responsibility to balance profit and purpose. As efforts to effectively measure impact investing continue, perhaps heads should turn to France for best practices.

Passport goes Down Under
Australian supers will be sharing their thinking and outlook at the third Infrastructure Investor Global Passport networking get-together on 24 February. It’s your chance to question Cbus’s head of infrastructure, Alexandra Campbell, HESTA’s general manager of unlisted assets, Will MacAulay, and Aware Super’s assistant portfolio manager, Brent Snow. Hosted by our own Daniel Kemp, it’s the latest in a year-long programme of networking workshops, conferences, interviews and panels we’re hosting for Passport members. Find out more here.

“I don’t want to be overly critical but I don’t like [that] what he seems to be doing is massively underwriting investments and sort of guaranteeing returns: I just think that’s a fundamentally flawed principle to start from”

Ofwat chief returns to power
After serving as chief executive of Ofwat for just over three years, Rachel Fletcher will be leaving the UK water regulator to join Octopus Energy Group as director of regulation and economics.

The newly created role, which an Octopus Energy spokeswoman says she will assume “shortly after Easter”, will mark Fletcher’s return to an industry in which she spent more than two decades, including 15 years at energy regulator Ofgem.

She will join a team “with the mission to drive a cheaper, faster decarbonisation of global energy systems through technology”, Octopus said in a statement. At Ofwat, she had been at the heart of efforts to drive down shareholder returns and consumer prices.

“Rachel will develop strategies and models on how to achieve this and work with regulators and policymakers to help them transition to net zero as efficiently as possible,” the spokeswoman told The Pipeline. 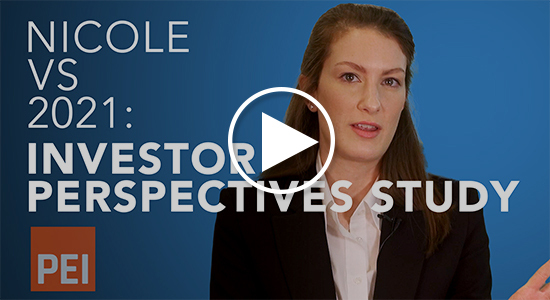 Perspectives 2021 is out and LPs remain bullish on infra
It’s LP Perspectives 2021 week on Infrastructure Investor, as we unveil our study of how LPs are planning to invest in the asset class this year, based on a survey of 100 institutional investors. If you are looking for a good place to start, look no further than this five-minute video from Nicole Douglas, our head of investor research. You should then follow that up with our presentation on seven LP opinions that matter. Ultimately, though, we suggest you spend some time exploring our LP Perspectives 2021 portal because we really do have a wealth of content for you.

The good news? Infrastructure has yet again shown its resilience in the face of a major crisis, with LPs remaining bullish on the asset class. Head to the portal to drill down into our findings.

Blackstone, GIP board Signature Aviation together with $4.7bn bid
After two months of publicly dogfighting for Signature Aviation, Global Infrastructure Partners has joined forces with rival Blackstone and its bidding partner, Bill Gates’ Cascade Investment, to put in a revised offer for the private aviation firm.

The winner? Why Signature’s shareholders, of course, given the company is now valued at $4.7 billion or $5.62 per share – a 53 percent premium to its pre-bid share price and a healthy bump from the $5.17 per share first publicly offered by Blackstone last December. The new arrangement will see GIP and Blackstone (through its infrastructure and long-life PE core equity funds) own 35 percent each of the bidding company formed to acquire Signature, with Cascade owning the remaining 30 percent.

GIP chairman Adebayo Ogunlesi called the new consortium a “powerful combination of private investors”. Given Cascade is also the firm’s largest shareholder – and has pledged to vote against any competing offer – it’s likely the battle for Signature is well and truly over.