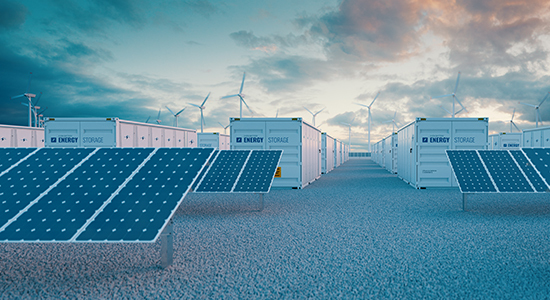 Ember’s rocky road towards first-time close
Ex-GIP principal Elena Savostianova established Ember Infrastructure in a different world. In 2018, things were still hard for first time managers, sure – but there wasn’t a global pandemic, record-breaking inflation and historic supply chain gluts to worry about.

Now, four years later, Ember has closed its first-ever fund – Ember Infrastructure I – about $160 million short of its target. When the fund launched in the ill-fated month of March 2020, Ember envisioned a close on $500 million. This week, the firm divulged that it had raised about $340 million in capital, declining to comment on the shortfall.

Anchor investors in the fund include the Ontario Power Generation Pension Plan and Ontario Nuclear Funds, which gave the mid-market vehicle $150 million, and the State Universities Retirement System of Illinois, which committed $50 million.

Infra secondaries are a hit
Affiliate title Secondaries Investor recently published a teaser into its upcoming survey of secondaries advisers, after a record-breaking 2021 during which, by some estimates, secondaries transaction volumes exceeded $130 billion.

Key takeaway for the infrastructure industry? The asset class is among the fastest growing non-private equity markets. For three of the surveyed secondaries advisers, infrastructure accounted for more than 30 percent of volumes. Private credit experienced a similar uptick, with six respondents to the survey advising on credit secondaries deals, compared with three in last year’s survey. For groups such as Ely Place Partners and Credit Suisse, private credit accounted for more than 20 percent of volumes.

The desire to purchase large, diversified LP portfolios greatly increased,” said a managing director at one London-based firm. “In the second half, we saw a shift in supply dynamics in response to this. This was notable across all asset classes, but especially true for infrastructure, where there was a large increase in the amount of LP supply in the market.”

Whether it’s the primary or secondaries market, interest in infrastructure just can’t seem to stop growing.

Fitch credits PPP, renewables successes
Fitch Solutions, the data and analytics arm of the rating agency, held a webinar recently in which it summarised the developments it had seen in the market. Here are some key takeaways from the group’s survey of more than 40,000 infrastructure and construction projects across 200+ markets:

Not that anyone at BP is listening. The oil and gas major said in its annual energy outlook last week that nuclear power generation will increase by 80 percent by 2050 in its “accelerated” scenario for net zero. Ambitious, perhaps.

Yemi Osinbajo, vice-president of Nigeria, pleads for the decarbonisation train to travel a little slower

Goldman’s RE chief takes the infra reins
Is it real estate or infrastructure? That’s the question that befalls data centres and other infrastructure assets, but Goldman Sachs Asset Management is looking to combine the expertise of both. In a memo to staff seen by The Pipeline, the firm revealed Tavis Cannell, previously its European co-head of real estate for the last three years, will be taking on the global co-head of infrastructure role in London, working alongside New York-based co-head Scott Lebovitz.

It caps off a busy June for Goldman, which saw it, alongside Riverstone, sell natural gas processing group Lucid Energy to Targa Resources for $3.5 billion.

Kim finds a place at placement agent Campbell Lutyens
Global private markets adviser Campbell Lutyens has a new managing director for its Chicago office – Dan Kim, former director of global relationships for IFM Investors. Before that, he led infrastructure research at Aon Investment Consulting for over a decade.

Kim’s appointment comes as the firm looks to grow its North American distribution team. On the appointment, Rishi Chhabria, partner and head of sales in North America for Campbell Lutyens, stated: “Dan’s experience will be valuable as we continue to strengthen our market-leading infrastructure and real assets practice and further expand our relationships with investors in North America.”

In his new role, Kim will be in charge of relationships with infrastructure investors across North America. Campbell Lutyens, of course, is not short of relationships, with recent fundraises including Manulife Infrastructure Fund II and Stonepeak Global Renewables Fund.

CalSTRS’ call for full disclosure
The California State Teachers’ Retirement System is urging the SEC to require all public companies to disclose their Scope 3 emissions, “which often represent the majority of an organisation’s total greenhouse gas emissions”, the US public pension said in a recent statement.

Around 60 percent of companies and assets – roughly 9,000 in CalSTRS’ global portfolio – do not report greenhouse gas emissions, CalSTRS stated.

“We make investment decisions every day that help us manage risks and opportunities that will create value over the long term for our members,” Aeisha Mastagni, CalSTRS’ sustainable investment and stewardship strategies’ portfolio manager, said. “The status quo is unacceptable,” she added.

While the SEC’s proposed rules would require public companies to disclose Scope 1 (direct) and Scope 2 (indirect) greenhouse gas emissions, it has not included those pertaining to a company’s value chain. 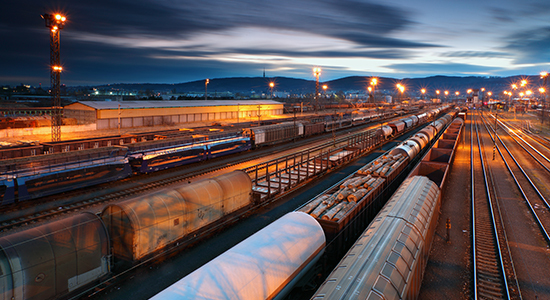 GIP and ADIA jump on board German rail group
Global Infrastructure Partners and the Abu Dhabi Investment Authority have joined forces to acquire a controlling stake in German wagon hire and rail logistics company VTG Aktiengesellschaft, in a deal providing the group with a €7 billion enterprise value.

The duo have snapped up a 72.55 percent equity interest in the listed company – which possesses more than 88,500 railcars and is the largest privately-owned fleet in Europe – from investors including Morgan Stanley Infrastructure Partners. The latter acquired its stake in 2018, despite seeing its initial offer of €53 per share, which valued the company at €1.5 billion at the time, rejected for being too low.

In a statement, Khadem AlRemeithi, executive director of ADIA’s infrastructure department, cited “a modal shift to rail”, given the sector’s key role in decarbonising supply chains and thus fuelling the growth of Europe’s rail freight market.

“This investment… aligns with our continued focus on pursuing infrastructure opportunities backed by strong energy transition-related tailwinds,” he added.

OMERS will retain its 25 percent stake in VTG. You can read about the rest of its infra plans in our keynote interview here.