US in rush towards net-zero
The US power grid could get a green overhaul if the Biden administration has its way, requiring 80 percent of electricity that is transmitted to come from emissions-free sources by 2030, according to Reuters.

Should this be passed into law – which is the administration’s intention, according to comments White House climate advisor Ali Zaidi made to the news agency – it will help achieve President Biden’s goal of reaching net-zero carbon emissions in the grid by 2035.

According to the US Energy Information Agency, just 38 percent of the electricity generated in 2019 came from non-fossil fuels, meaning that figure would have to more than double within this decade. Ambitious? Yes, but also achievable, according to a study published last week by energy policy think tank Energy Innovation.

It “is technologically feasible, would not raise customer costs or compromise reliability, and would deliver major benefits including $1.5 trillion in clean energy capital investments and $100 billion in transmission capital investments”, the study said.

Playing games or extracting value?
Last week, we heard from Ignacio Antoñanzas, founding partner of Altamar Infraestructuras, about his concerns on what he described as some in the market “playing games”.

However, at last week’s Nordics roundtable, to be published in our June edition, a different viewpoint was taken when discussing the future of power-purchase agreements. One participant wondered whether managers are “giving too much value away by entering into a PPA”, while another asked if there had been “too much focus on PPAs in previous years”.

Looks like certainty of revenue is not for everyone.

There’s a new placement agent in town
Specialisation is all the rage these days, as we wrote recently in the context of our Q1 unlisted fundraising report. But the trend is by no means exclusive to infrastructure. Enter private markets veterans Christian von Massenbach and Fabian Pötter, with the launch of 51 North Capital, a new placement agent focused on connecting global GPs with LPs in Europe’s DACH region, comprising Germany, Austria and Switzerland.

Both German nationals, von Massenbach was recently a former managing director in Evercore’s private placement group, responsible for the DACH region, and has over 21 years’ alternatives experience. Pötter, for his part, is an 18-year industry veteran and most recently the co-head of infrastructure at Golding Capital Partners.

“After years investing in funds and co-investments as an LP, I’m excited to bring the target audience’s perspective directly to GPs,” Pötter said.

Launching with mandates in place for its target asset classes of infrastructure, private debt and private equity, 51 North Capital will offer a strategic advisory component in addition to its regional distribution capabilities.

Partners Group aims high with towers platform
Partners Group has become the latest infra GP to makes its debut in the Philippines, after it established a new investment platform with the aim of building and operating telecoms towers in the country.

The Swiss private markets firm hopes Unity Digital Infrastructure, launched alongside Philippines-based Aboitiz InfraCapital, will benefit from the growing demand for tower infrastructure in the Philippines, as the new vehicle works to secure long-term, contracted cashflows with the country’s telecoms providers.

“The Philippines is experiencing strong GDP and population growth rates, yet lags behind other South-East Asian countries in network connectivity, driving the clear need for more tower infrastructure,” Andrew Kwok, Partners Group managing director of private infrastructure in Asia, said, highlighting trends similar to those flagged by KKR when it announced its first infra investment in the Philippines last year.

The recent introduction of a government-backed initiative to build at least 50,000 new towers to support rising data consumption across the country can only help.

“This undermines investor confidence in UK regulated businesses and puts at risk the government’s infrastructure agenda.”

Infra’s insurance allure
Global insurers are planning to “heavily add” to their infrastructure debt allocations in the coming year, according to a survey from Goldman Sachs Asset Management.

European and Asian insurers in particular cited infra equity and debt as two of their top five priorities for the year ahead, while globally 19 percent of respondents felt that infra equity would deliver the highest total returns in the year ahead.

There was a hint of negativity among the sunny outlooks for infra, though. Across all asset classes, 60 percent of investors feel that the outlook for investment opportunities is getting worse. That’s an improvement on the 2020 figure of 71 percent, but nevertheless a signal that the road out of the pandemic will not be without bumps. 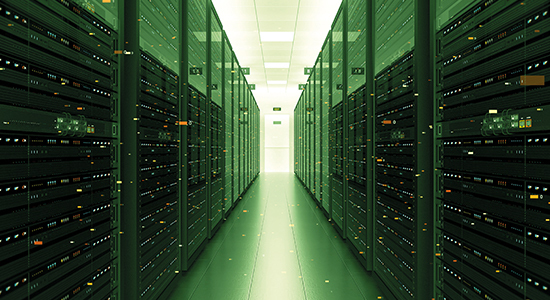 Pioneer Point in $4bn Portuguese ‘green’ data centre deal
London-based Pioneer Point Partners has teamed up with hedge fund manager Davidson Kempner Capital Management to invest up to $4.2 billion to create one of Europe’s largest data centre complexes, in Portugal. The new hyperscale data centre campus will be “100 percent green”, consisting of five 90MW seawater cooled buildings on land adjacent to a recently decommissioned coal plant, the partners said. The campus will be located in Sines, to the south of the country, the landing point for the 5,900km EllaLink submarine cable, a low-latency optical cable connecting Europe and Latin America and due to go live in Q2.

With Portuguese prime minister António Costa hailing the Sines campus as “the largest foreign direct investment in Portugal in recent decades”, those investments are likely to be welcomed with open arms.