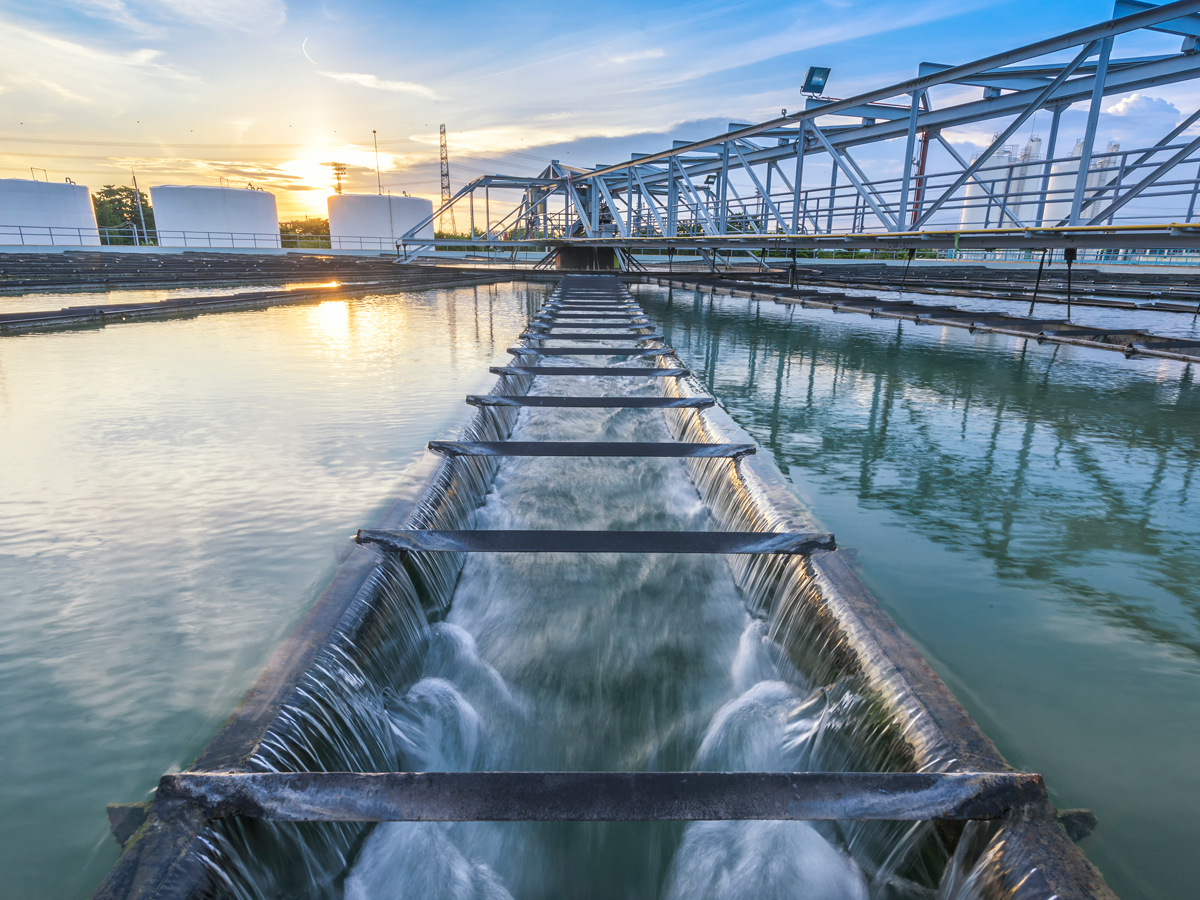 It’s been 34 years since Stanley Clinton-Davis, at the time European Commissioner for transport, the environment and nuclear safety, described in detail at a conference in Berlin the pollution from sewage and waste disposal in UK water, noting that “the scale of these problems is growing rapidly”.

What, then, would Clinton-Davis, now a member of the UK’s House of Lords, have made of a report from industry regulator Ofwat at the end of 2020, which detailed how “the number of companies achieving their performance commitment levels on pollution incidents has deteriorated in 2019-20 in comparison [with] 2018-19”? The UK’s Environment Agency added to this with a report in July, in which it recorded 44 serious water quality pollution incidents in 2020.

As ever, there are a number of ways to interpret statistics – the number of incidents was down from 52 in 2019 – but the headline from the EA is clear: it expected a trend towards zero incidents from 2015-20 and a reduction of at least 50 percent on the 60 serious incidents recorded in 2012.

The EA described itself as “disappointed” with the slow rate of progress or, in some cases, the complete lack thereof. UK customers are presumably equally dispirited with the discharge of unacceptable levels of sewage into their rivers and seas. And yet, despite Clinton-Davis’s warnings in 1987, the same problems are still troubling the sector today, and that is following the 1989 privatisations, more than £100 billion ($138.3 billion; €117.3 billion) of investment and countless Ofwat penalties and regulatory regimes since. Does the sector have an unfixable problem at its heart?

Not so, says Martin Bradley, senior managing director at Macquarie Asset Management, a significant shareholder in repeat offender Thames Water from 2006 to 2017, which this year bought a majority stake in Southern Water.

The latter received a £126 million fine from Ofwat in 2019 for repeated dumping of raw sewage between 2010 and 2017. However, Bradley believes parts of the sector have not widely addressed significant capacity issues in the network, the likes of which led to the procurement of the £4.2 billion Thames Tideway ‘super-sewer’ project by Thames Water. The issue has only become more urgent, with the UK population growing by 12.5 percent since Macquarie’s initial Thames Water investment.

“When we come to Southern Water, we see lots of the same capacity issues and it’s a much more diverse network,” Bradley explains. “We’re going to invest to take more obsolete pumps out of the system and invest in technology so the business can better monitor and respond to issues and innovate. We will also build more capacity so the whole system works more effectively. The population of the UK has grown massively, and we must invest in our essential infrastructure alongside that growth.”

In addition to capacity issues, the UK’s network is also suffering from a problem that would have been present in Clinton-Davis’s day: ageing infrastructure requiring a rebuild.

“Think about London over 100 years ago when these things were built, and London today – it’s a completely different city,” says Peter Antolik, a former director of strategy and regulation at Thames Water and now a partner at Arjun Infrastructure Partners, which owns South Staffordshire Water, a utility that does not own wastewater services. Antolik points to “the way [cities are] used, the demographics of cities, the fact that cities have grown massively”, and says water companies “have always been playing catch-up with this”.

Money down the drains

He agrees with Bradley about the need for investment in technology, something that would bring the UK up to speed with its European counterparts and prevent some of the pollution incidents.

“We still do not have good enough data on the assets, the sewer network and the performance of sewage treatment works,” he says. “While progress has been made, it’s been a continual process of trying to put in place adequate monitoring, understanding issues as they arise and trying to respond while minimising the impact on customers and the environment. Do we really understand these assets well enough? This is something regulators and companies are frustrated about.”

Bradley and Antolik are both pointing to inherent issues within the system that prevent these companies from managing pollution issues as well as they might. However, these reasonings can only go so far when trying to explain the repeated fines being levelled against companies.

Just this year alone, Southern Water was fined £90 million after pleading guilty in court to 51 pollution offences between 2010 and 2015. Thames Water suffered the ignominy of a £2.3 million fine in March for failing to fix faults that the court said were “entirely foreseeable”; it received another £4 million fine in May for what the EA described as a “catastrophic sewage blunder”. The two incidents involving Thames Water occurred in 2016 and 2017, with the first killing more than 1,100 fish and the second leaking 79 million litres of sludge into a park and stream.

Smaller cases involved Welsh Water, which was fined £180,000 in June for illegal sewage dumping in 2018, and Yorkshire Water, which was hit by a £150,000 penalty in September for similar offences dating back to 2017.

“We’re pushing companies to ensure they are thinking of the best value solution overall, not necessarily the lowest cost”

With fines becoming routine, Bradley is under no illusions about the scale of the task facing Macquarie as it re-enters the sector with Southern Water.

“Investment has been an issue,” he says. “We plan to re-emphasise and strengthen Southern Water’s zero-tolerance mindset towards pollution. It will take time. We’re aiming to bring the company from the lowest performing in the sector to the rest of the pack by the start of the next regulatory period in 2025.” Macquarie has pledged to only accept dividends in the current regulatory period where a turnaround is being delivered.

Bradley’s assertion that “investment has been an issue” refers only to Southern Water and its dumping offences, but the problem is clearly wider than one of the sector’s worst offenders. Why has investment been an issue? Sir Dieter Helm, an economist specialising in energy, utilities and the environment, contends that water companies have never been incentivised to clean up their damage.

“The sad reality of 30 years of privatisation has been high gearing, high profits and dividends, and investment well below what could have been achieved,” he wrote last month. “None of this is their fault, though it is fashionable to argue that they should have been more environmentally and socially responsible and moved beyond profit maximising.

The purpose of private water companies has indeed been to profit maximise. It would be odd to expect the infrastructure and private equity funds to have decided to forgo an open goal. The fault lies squarely with the privatisation structures and Ofwat.”

Aileen Armstrong, senior director for company performance and price reviews at Ofwat, believes the organisation is playing its role as a regulator, but that it needs to see actions taken by the companies themselves.

“From the Ofwat perspective, we set the price-service package in our price reviews,” she says. “If companies don’t deliver, they have underperformance payments which go back to customers. We’re trying to incentivise companies to make changes which make long-term important differences for customers and the environment. We’ve been working really closely with other regulators [to ensure] that the expectations are really clear.”

One issue is that companies have long been allowed to dump sewage into rivers and seas to a degree. The UK government said last month that this could be increased with permission from the EA if supply chain failures, as a result of Brexit or covid-19, prevent companies from having the right chemicals to treat wastewater. Companies, though, are trying to reconcile what is allowed with what is still considered wrong.

“There are permits for companies to discharge from the sewer system when the flow reaches a certain level,” explains Antolik. “Things that were previously understood and recognised as a necessary evil when rainfall was extreme, now there is more monitoring and public awareness of it. What previously just ‘happened’ is now seen as unacceptable. In many cases, it’s not simply poor performance.”

Armstrong agrees that perceptions have changed over time, but argues companies still have a responsibility to meet today’s standards: “Over time, our expectations as citizens and our understanding of the issues has grown and the sector really needs to step up to that.”

Helm believes the “ever-lower costs of capital” allowed by Ofwat will surely soon come to an end and stop “some of the sorts of behaviour of the last 30 years” by companies.

Antolik is clear on where he thinks the primary responsibility lies. “Companies have to own this,” he says. “The regulator doesn’t tell you what to do and what not to do. It sets a limit on prices, [and] you then need to choose how you spend [the funds]. Customer expectations are changing quite rapidly, and companies and their investors need to respond to this.”

Armstrong adds that Ofwat is trying to incentivise companies to provide more nature-based solutions to pollution problems, rather than short-term concrete-based plans.

“We’re pushing companies to ensure they are thinking of the best value solution overall, not necessarily the lowest cost,” she says. “Particularly on nature-based solutions, we need to enable companies to do that more and they need to step up to the plate on that.”

For the industry’s stakeholders to go on this journey together, a change of conversation is perhaps required. Last year, the House of Commons’ Public Accounts Committee said in a report that the regulatory regime “does not adequately recognise the urgent need for long-term infrastructure investment to improve resilience and the emphasis on price is overplayed”, a conclusion Bradley believes is a legacy of the global financial crisis.

“We all must balance security of supply and investment in the network with affordability,” he says. “Getting the balance right – for example in the GFC, when there was a political, public and press focus on affordability – has sometimes meant investment and network improvement has been less of a focus.”

Separately, Bradley adds: “Improvements in operational performance can make a difference, but we shouldn’t be setting our standard to managing ageing infrastructure. I would like to think we set our standard higher than that, upgrading infrastructure for the changing environment and new challenges. We aspire to having good operations, but we will need investment to deliver that.”

If the time to lift standards should have started in the 1980s, the need for UK water companies to battle against pollution is now at a critical juncture.