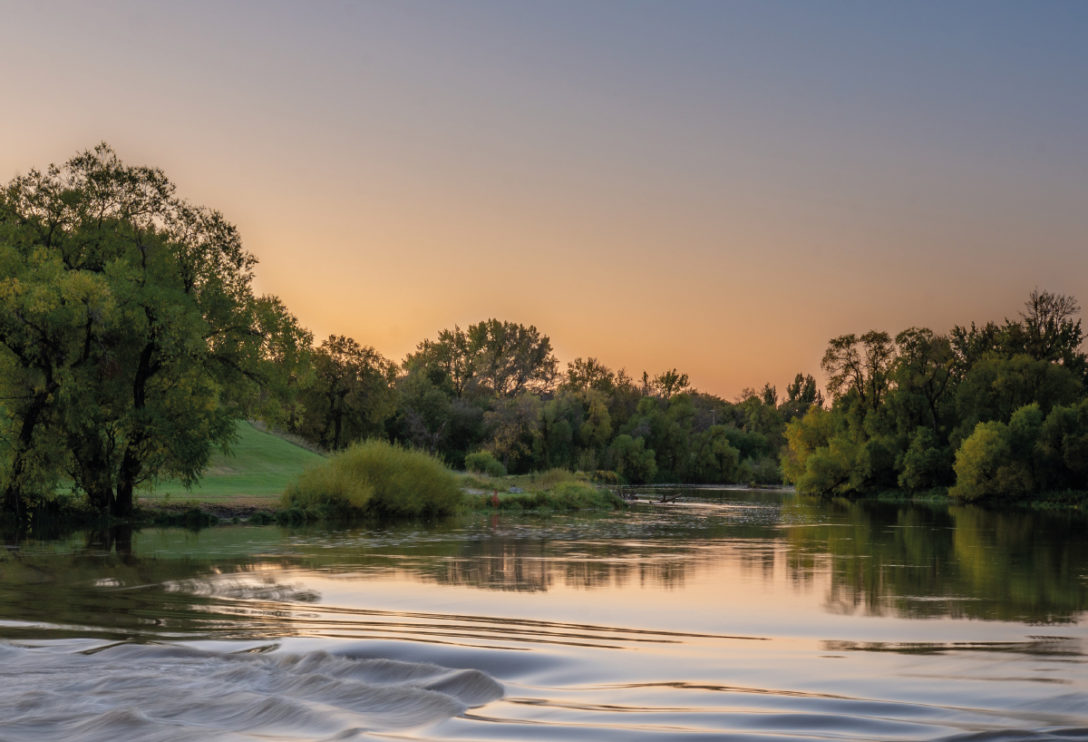 Nearly 25 years after the Red River, which separates the US states of North Dakota and Minnesota, experienced the worst flooding in a century, the region will have protection from submersion and the effects of climate change, thanks to the Fargo-Moorhead river diversion project.

The Red River Valley Alliance, a consortium comprising Spain’s Acciona, Israeli construction company Shikun & Binui and North American Construction Group, closed financing valued at $1.14 billion to build, operate and maintain a 48 kilometre flood prevention channel between Fargo in North Dakota and Moorhead in Minnesota over 29 years. The project is the first sustainable infrastructure project launched in the US under a public private partnership and is also the country’s first green finance initiative specifically designed for climate change adaptation.

“The purpose of the project is to reduce the potentially devastating consequences of river floods with the goals of preparing the area for the effects of climate change and protecting the local population and economy,” says Shikun & Binui USA’s managing director of project development, Sam Headon.

Procurement started in 2016, with the release of a request for quote in which three teams were shortlisted, including the Red River Valley Alliance. At the time, the consortium comprised Shikun & Binui, Acciona and InfraRed Capital Partners, says Shikun & Binui USA’s chief executive Sharon Novak.

“[GCA] estimates the benefit-cost ratios of resilient infrastructure ranges from 2:1 to 10:1, and in some cases can be even higher”

The Fargo-Moorhead flood channel will require total investment of $2.75 billion and has an estimated construction timeframe of five years. It includes building the canal itself, as well as associated infrastructure including bridges, railway crossings and aqueducts. The scheme will divert storm water away from population centres, which are regularly affected by flooding. North Dakota has the second-highest inland flood risk in the US, behind only Louisiana, according to risQ, a data analytics firm based in Boston. The diversion project resulted from studies carried out following what the US Geological Survey describes as the worst flooding in more than 100 years, which resulted in roughly $5 billion in damages.

Green financing was provided by Citigroup, Morgan Stanley, CaixaBank, Sumitomo Mitsui Banking Corporation and Korea Development Bank, and has been given an investment grade credit risk rating from Moody’s.

“The financing framework aligns with the four core components of the Green Bond [Principles] and Green Loan Principles 2021 and directly advances UN Sustainable Development Goals 11 and 13,” says Novak, adding that the project will provide protection to 95,000 households and create 140,000 jobs.

It will also make fighting a 500-year flood event possible, so will protect more than $12 billion of property value. This means flood insurance requirements can be removed for the local community.

“The Fargo-Moorhead river diversion project will be a good test case for the development of resilient infrastructure that protects communities from the impacts of climate change,” adds Andrés Arahuetes Couceiro, senior vice-president of financing at Acciona Group. “The design and construction of the diversion canal details the environmental and social impact standards that will have to be met. It is these ESG standards and the project’s clear purpose in mitigating the impacts of climate change that made the project attractive to our financial backers.”

To secure the financing, Acciona supplemented its analysis with work by external research and analytics company Sustainalytics, which ruled whether the project complied with the Green Loan Principles and Green Bond Principles, Arahuetes Couceiro explains. “This imprimatur is important for financial institutions and investors, as it reassures them that the project they will fund has a positive social and environmental impact,” he adds.
It seems likely that climate change adaptation financing will proliferate. “This project hopefully represents a significant step toward more climate resiliency projects procured as a P3,” Headon says.

“Indeed, The Global Center on Adaptation [an international organisation launched in 2018 by then-UN secretary-general Ban Ki-moon and headquartered in Rotterdam] estimates the benefit-cost ratios of resilient infrastructure ranges from 2:1 to 10:1, and in some cases can be even higher.”