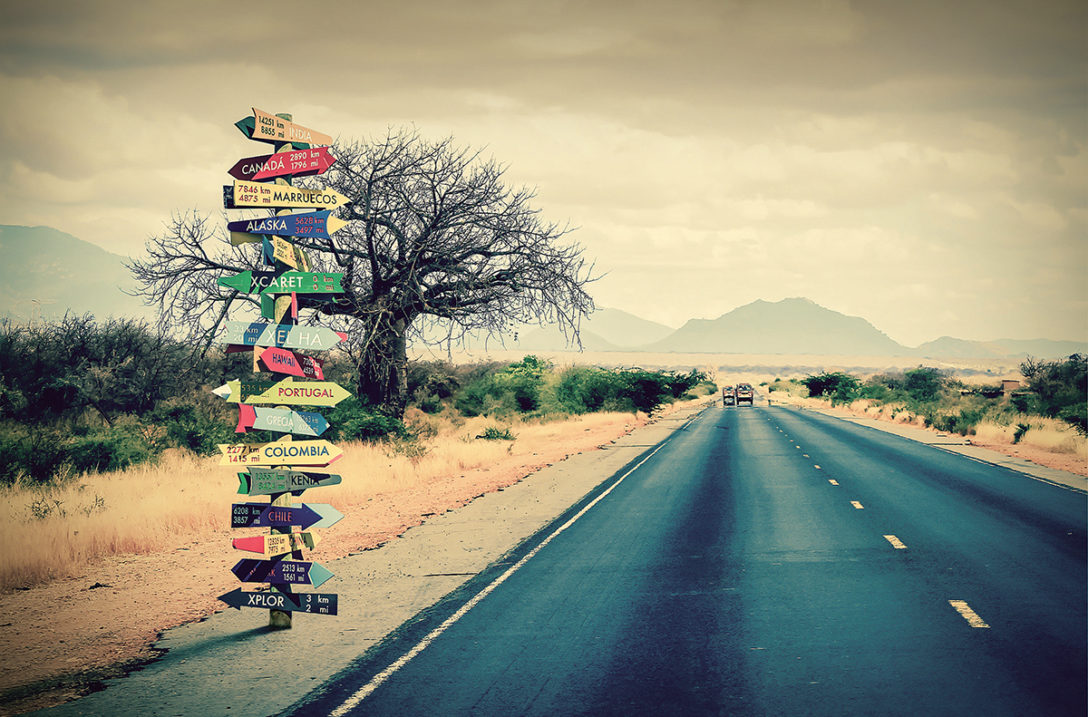 Africa is home to almost 1.4 billion people, according to UN data – a figure projected to grow to 2.5 billion by 2050. It is also the most youthful continent on the planet and experiencing rapid urbanisation: seven of the 10 fastest growing economies lie within its borders. The demand for new and updated infrastructure is therefore enormous.

And yet, Global Infrastructure Outlook, a G20 initiative, says current investment levels are sufficient to meet only 57 percent of the continent’s infrastructure needs, compared with a global average of 81 percent. Meanwhile, the African Union, which this year set up its own fund to finance the construction of roads, railways and power plants, says Africa has an annual infrastructure financing deficit of between $60 billion and $90 billion.

“Around $415 billion has been raised by global infrastructure funds since 2015,” says Paul Buckley, managing partner at First Avenue. “Just shy of $7 billion of that is targeted at Africa. Africa has the biggest financing gap in infrastructure and the least dedicated capital devoted to it. That undoubtedly represents a real opportunity.”

This combination of undersupply and overwhelming demand mirrors the explosive and lucrative growth story seen in Asia more than a decade ago. And yet investor interest in Africa has been tentative, and largely restricted to a handful of the bigger and more developed economies.

“Foreign direct investment has primarily been focused on Morocco and Egypt in the north; Nigeria, Ghana and Côte d’Ivoire in the west; Kenya in the east; and, of course, South Africa,” says Buckley. “However, there are arguably more interesting opportunities to be found in other regions, providing you get your risk mitigation right.”

Investors congregate in these clusters of countries for the simple reason that infrastructure investment there is tried and tested, says Philippe Valahu, chief executive of the Private Infrastructure Development Group.

He points to a student accommodation deal the group recently completed in Kenya: “There aren’t too many places in sub-Saharan Africa where you could have done that. But Kenya has a predictable regulatory framework, predictable capital markets and a government that is keen to develop this kind of asset.”

The concentration of capital is also dictated by energy markets, which have dominated African infrastructure investment to date. Actis, for example, has concentrated its efforts on the 10-15 countries with proven energy procurement processes, says Lisa Pinsley, head of the firm’s energy practice in Africa. She cites Cameroon, Egypt, Kenya, Nigeria, Senegal, South Africa and Uganda as areas of particular interest.

Pinsley looks for favourable fiscal and regulatory regimes and still sees the need for government support behind power offtake agreements. “Ghana has had a good history in this regard but is currently facing some issues in the energy sector, which is undergoing a restructuring,” she says. “More private sector-led opportunities are also starting to open up in places such as Mozambique and Namibia.

“However, some countries are facing macroeconomic problems, which have affected the power sector and are making it difficult to move forward on the utility connected side – for example, Zambia. The positive in this is that, as economies recover, there will be an investment opportunity in plugging some of the fiscal gaps while supporting governments in their goals to enable access to low-carbon power.”

“We have seen a sea change there in terms of how [Kenya] is dealing with PPPs. The development of intellectual capital takes time”

Although a focus on energy has kept the weight of infrastructure investment in a select group of markets, more than half of the deals that the Private Infrastructure Development Group has completed have been in ‘fragile states’. These include Chad, the Democratic Republic of Congo, Liberia and Zimbabwe.

Alastair Herbertson is a director at Ninety One, which manages the Emerging Africa Infrastructure Fund. He says there are advantages to venturing into territories that are often perceived as difficult: “These countries are less well covered by investors, but the need for investment is huge. That can mean the ability to negotiate a structure that is attractive in terms of security. We are able to structure deals in a way that makes the risk palatable.

“If you look at some of the transactions that take place in what you might call the mainstream economies – Ghana, Nigeria, Kenya, Ethiopia – lenders often end up having to take short cuts because there is a level of experience there that is allowing deals to happen that aren’t as tightly structured. We haven’t done a proper project finance transaction in some of these countries for quite some time, for precisely those reasons.”

Last year, however, the EAIF did complete a $43.7 million junior debt investment supporting a $296 million project to modernise one of Zimbabwe’s most important border crossings, and a notorious bottleneck.

“It was a difficult transaction for a number of reasons, not least that it took place in Zimbabwe, a country that has experienced some real volatility in terms of investor and lender appetite,” says Herbertson. “Meanwhile, revenues were to be generated via tariffs for managing the traffic flow at the border. That, in itself, is a reasonably risky proposition for any infrastructure asset.

“We worked with a number of South African banks and another DFI, taking the junior risk tranche because the senior lenders weren’t able to stomach the risk left on the table. And while there were a number of institutional investors that liked the transaction, none was able to complete in the timeline required. We filled the funding gap between senior debt and equity so the deal could progress, and that gave us a very strong negotiating position.”

The EAIF used its negotiating power to revisit the social impacts of the crossing, looking at everything from the unintended consequences on street vendors, who are used to selling their wares to truck drivers stuck in traffic jams, to the effects on women and children in the area.

The perceived risk remains a major barrier to increased investment in less developed African markets, something Valahu finds frustrating. “When people look at the loss ratio in EAIF, which has been up and running for 19 years, they are dumbfounded because it’s so low,” he says. “There are those who say comparisons with S&P or Moody’s North America numbers are unfair, because the market where we operate is obviously so much smaller. But I still think it is highly revealing. The media exposure these countries receive exacerbates perceptions of risk, often unfairly.”

Mozambique, for example, has hit the headlines for all the wrong reasons over the years, including its high-profile sovereign debt default. Less heavily reported has been the discovery of the second largest gas reserve on the planet. This is located off the country’s northern coast, which makes it ideally positioned to serve Asian markets. Gas from the field has already been pre-sold to Japanese and Taiwanese utilities.

“This is a market that has been overshadowed by political events including corruption, civil war and an Islamic rebellion, but the scale of this gas discovery is immense,” says Buckley. “Mozambique is among the poorest parts of Africa and, with the right infrastructure, this gas could transform it into a dynamic economy. Investors have shied away from the region in the past. But with the money flowing in from the big oil majors like Total, the right international partners and structuring, and some political will, all of those historical issues could be overcome.”

Buckley sees political will as key to unlocking the region: “If you have a project that is doing social good and you are aligned with the government, that offers a lot of protection.” He cites South Africa’s successful energy auctions, which are providing consistency of power supply in a country that has previously suffered energy poverty.

“Then, of course, you need appropriate structuring,” he says. “But, more than anything, in Africa, you need the right local partner.”

Buckley says he has noticed a huge disparity in renewable energy returns across the continent, which he puts down to the choice of the partners investors work alongside.

Even with the right local partners in play, currency volatility is a major inhibitor to investment. The Mozambican metical lost a third of its value over the course of 2016 following the country’s sovereign default. “That is certainly a challenge in terms of risk profile,” admits Herbertson. “We are predominantly funded in US dollars and have to find a way of providing capital in local currency.”

The other primary obstacle preventing an increase in capital deployment is a lack of capacity within state institutions and among the service providers, such as banks and law firms, that would typically be involved in putting deals together. “The fail rate of infrastructure projects in these regions is extremely high,” says Valahu. “Only around 5 to 10 percent of projects actually get off the ground because of capacity and governance issues.”

Herbertson add: “These deals rely on government officials understanding what it is they are negotiating and on equity investors, debt providers, technical advisors, lawyers, consultants and financial modellers all building up a depth of experience and knowledge. It will happen. It’s an evolution. Just look at Kenya. We have seen a sea change there in terms of how that country is dealing with PPPs. The development of intellectual capital takes time.”

And, as the saying goes, good things come to those who wait. “With the right support from foreign governments, which I believe involves a blended finance approach, protecting private investors from downside risks, the opportunity in Africa is compelling,” says Buckley. “In fact, I think Africa has the potential to offer better risk-adjusted returns than anywhere else on earth.”