Personality of the Year, Global 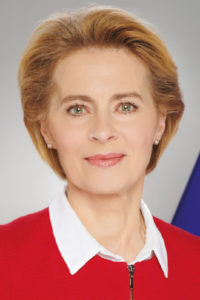 European Commission president Ursula von der Leyen unveiled the EU’s Green Deal, which aims to make the bloc carbon-neutral by 2050. The deal includes around 20 different policy proposals, spanning the creation of a Sustainable Europe Investment Plan, the introduction of a carbon border tax, as well as the partial transformation of the European Investment Bank into a climate bank and the adoption of a new industrial policy for Europe.

Fund Manager of the Year, Global

In the past 12 months, KKR’s infrastructure arm has committed and invested over $5.2 billion across 15 transactions and realised $2.5 billion in proceeds. In this year’s awards the firm has taken the top prize in numerous categories, particularly in the Asia-Pacific region where it won accolades for investments in South Korean environmental services business TSK Corporation, Zenith Energy and Pinnacle Towers. KKR’s £4.2 billion ($5.8 billion; €4.8 billion) acquisition of waste-to-energy business Viridor, meanwhile, swept the board in Europe.

Institutional Investor of the Year, Global

CDPQ continued to be a prolific investor, despite the pandemic. The pension increased stakes in existing assets and added Plenary Americas to its portfolio. Other highlights include a $4.5 billion commitment, alongside DP World, to grow a ports and terminals platform to $8.2 billion. The platform will now push into regions such as Europe and Asia-Pacific.

Equity Fundraising of the Year, Global

Antin Infrastructure Partners held a final close on its fourth fund at its €6.5 billion hard-cap, exceeding its €5.5 billion target and making it one of the largest infra vehicles to close during the pandemic. The fund, which will be deployed across the energy, telecoms, transport and social sectors, was backed by more than 140 institutions. More than half the capital came from existing relationships.

Debt Fundraising of the Year, Global

Macquarie Infrastructure Debt Investment Solutions closed three separate funds during 2020, the most recent being a new $830 million sub-investment grade vehicle. Meanwhile, in March, the firm raised $645 million for its global debt fund. The pooled fund, first launched in 2016, invests alongside other pooled funds and separate accounts, which have so far raised a total of $10.2 billion. All commitments came from investors new to the platform.

Private Lender of the Year, Global

During the first three quarters of 2020, MetLife invested more than $3.1 billion across 45 transactions. MetLife led, or was the sole investor, in numerous transactions with a $100 million-plus ticket for 11 borrowers, while also supporting smaller transactions, typically investing upwards of $25 million per deal. In total, MetLife has $29.8 billion invested in private infrastructure.

Deal of the Year, Global

KKR was given a run for its money by the largest energy deal of 2020, ADNOC Gas Pipeline Assets, which brought together some of the biggest names in the asset class including Global Infrastructure Partners, Brookfield, OTPP and GIC. But KKR claimed the prize with its £4.2 billion acquisition of energy-from-waste business Viridor. KKR also brought in former Biffa chief executive Ian Wakelin into the company as chairman.

PPP Deal of the Year, Global

CDPQ acquired a 24.9 percent stake in the public-private partnership contract for the trains, systems, operations and maintenance ofSydney Metro, Australia’s biggest public transportation project. CDPQ acquired the stake following the exit of Palisade Investment Partners and Partners Group for a total transaction value of A$167 million ($127 million; €106 million). The Metro North West Line opened in May 2019 with 13 metro stations. It is being extended into Sydney city centre and beyond by 2024.

Energy Deal of the Year, Global

KKR’s carve-out of Viridor once again pipped ADNOC Gas Pipeline Assets to the post, to claim the title of Global Energy Deal of the Year. KKR plans to support Viridor in fulfilling a critical role in the UK circular economy by expanding its plastic recycling capacity and leveraging the latest technologies in waste management.

Renewables Deal of the Year, Global

Björnberget Wind Farm was Prime Capital’s debut deal from its
Nordic renewables fund and certainly saw the firm launch its strategy with a bang. Alongside Enlight Renewable Energy, Prime Capital is in the process of creating a 372MW onshore windfarm in Sweden, making it one of the largest wind projects in Europe.

EQT and OMERS teamed up to acquire Deutsche Glasfaser from KKR in a deal that valued the German fibre-to-the-home infrastructure provider at €2.8 billion. Deutsche Glasfaser provides fibre-to-the-home to more than 600,000 households and 5,000 businesses across Germany. It has now been merged with EQT portfolio company inexio. Over the coming years, the combined group will invest €7 billion towards supporting the German government’s plan to provide nationwide gigabit convergent internet infrastructure by 2025.

Placement Agent of the Year, Global

Evercore Private Funds Group was the placement agent behind Antin Infrastructure Partners’ €6.5 billion fund close in 2020, helping the firm navigate an unprecedented fundraising environment which made in-person meetings all but impossible. Antin’s fourth infrastructure vehicle was 80 percent larger than its predecessor and has been one of the largest closes held during the pandemic.

Developer of the Year, Global

Danish offshore wind developer Ørsted continued to expand its presence in Asia-Pacific in 2020. It partnered with Tokyo Electric Power Company to bid for the Choshi offshore wind project, and announced plans to develop South Korean offshore wind projects with a potential capacity of up to 1.6GW, providing clean energy to 1.4 million households and reducing carbon emissions by almost four million metric tonnes a year.

Energy Investor of the Year, Global

Ardian invested €2.5 billion in five energy companies in 2020, including EWE, Germany’s largest regional utility; Galloway, a 250MW solar project in Texas, acquired from 8minute Solar Energy and due for completion this year; and Lakiakangas, a 57.3MW windfarm in Finland. Ardian also entered into a Canadian battery storage joint venture with Enel X.

Renewables Investor of the Year, Global

This was a tight category, with Capital Dynamics and Partners Group coming in a close second and third respectively to KKR, with waste-from-energy business Viridor being the standout deal of 2020. KKR also launched Virescent Infrastructure to acquire renewable energy assets in India and signed agreements with NextEra Energy Resources and NextEra Energy Partners to acquire interests in portfolios of contracted utility-scale wind and solar assets.

Transport Investor of the Year, Global

Brookfield’s investments in the North American rail sector and CDPQ’s tie-up with DP World to expand its portfolio of ports made them worthy runners-up. However, Meridiam’s prolific investments in European roads over 2020 secured it the title of Global Transport Investor of the Year. Key deals for the firm included the A465 in Wales and the A49 in Germany.

EQT was involved in some of the highest-profile digital deals of 2020, including the acquisition of fibre-to-the-home business Deutsche Glasfaser from KKR, and Zayo Group, which it acquired alongside Digital Colony in a massive $14.3 billion deal. EQT also acquired data centre developer EdgeConneX from Providence Equity Partners, with a view to expanding its growth in both edge computing and hyperscale data centre development.

Sustainable Investor of the Year, Global

Bank of the Year, Global

Crédit Agricole CIB served as mandated lead arranger on several renewable energy projects, including securing financing for a consortium including Engie, Mirova and Crédit Agricole Assurances for the acquisition of a 1.7GW Portuguese hydro portfolio in the Douro valley. The portfolio comprises three recently commissioned pump storage units and three run-of-river plants which have been recently renovated. The deal was valued at €2.5 billion.

Law Firm of the Year, Global

As of November 2020, Clifford Chance had advised on 100 infrastructure transactions with a combined value of more than $73 billion. Highlights included advising IFM Investors on a new renewables joint venture with Trafigura Group, as well as advising Infracapital and AMP Capital on the sale of clean energy solutions company Adven.

Deutsche Bank Corporate Trust supported 51 deals worth in excess of $20 billion of project finance and infrastructure debt. They included the Amadeus Wind project in Texas and X-Elio’s $40 million project financing of La Cruz, a 58MW solar photovoltaic plant in Chile. The business was appointed to act as account bank, collateral agent and intercreditor agent for the financing facility provided by Norwegian bank DNB.