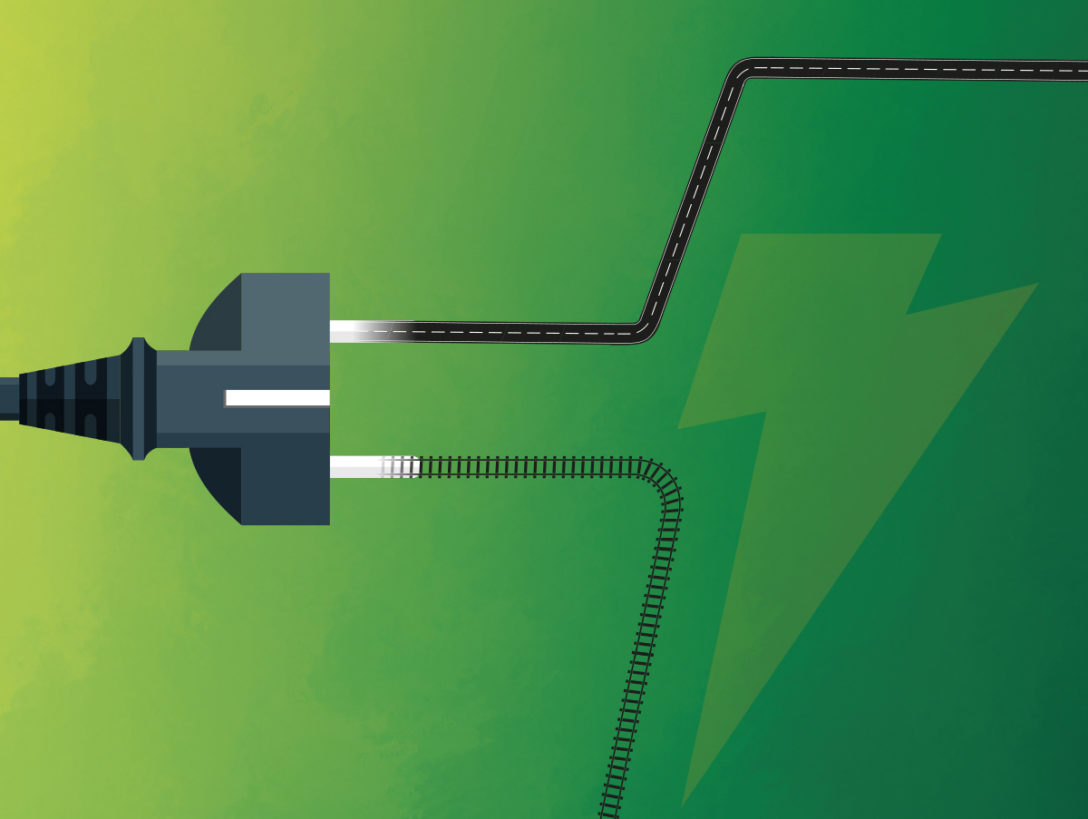 In the aftermath of President Joe Biden’s release of his $2.3 trillion infrastructure plan at the end of March, his transportation secretary Pete Buttigieg came out to defend the proposed spending on Fox News, including the $100 billion earmarked for broadband infrastructure. “Railroads weren’t part of infrastructure until we built them,” Buttigieg argued. “I’m sure under Eisenhower they weren’t thinking about things like broadband. They were still working on electrification.”

Some 40 years on and Biden and Buttigieg are still working on electrification – not just of railroads but of vehicles. Biden’s infrastructure plan contains $174 billion for electric vehicle incentives, including building 500,000 EV charge points by 2030, as well as working towards a 100 percent clean bus system. 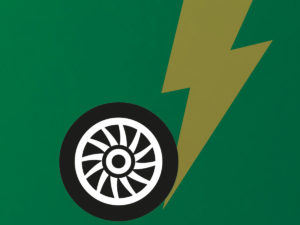 Click here for part two of our Deep Dive into electrification

The picture on rail electrification is more complicated, with the average for the European Union and the UK standing at about 54 percent, according to figures released by the EU last year. Only about 1 percent of the US railway system is electrified, according to the Environmental and Energy Study Institute. However, developments in technology mean an electrified rail system could be substituted by battery- or hydrogen-powered trains.

The investment required in this space is growing each year against the backdrop of the climate crisis. Recent developments in Europe – such as last month’s legislation in France to ban flights lasting less than two and a half hours, Austria’s replacement last year of flights between Vienna and Salzburg with a rail alternative, and sales of fully electric or hybrid cars surpassing one million in 2020 – point to a direction of travel that has not always been present.

“Decarbonisation of transport used to be the problem child of the power-heat-transport trio,” says Filippo Gaddo, head of energy economics and regulation at consultancy Arup. “EV costs have now come down and the public has responded. There is now a path for transport. Now you need actions to deliver the infrastructure. Infrastructure investors say they need to make sure the demand is there. There is a chicken-and-egg situation. This is where the role of government is very important.”

Many will see the importance of private capital, rather than government, taking on the role of facilitator, notwithstanding the prevalence of large, publicly owned transport operators in North America and Europe.

“It’s good if it’s not just state-owned players who are running public transport,” says Stefan Weis, managing director of public transport at European fund manager Cube Infrastructure Managers. “If you have competition and if you have private players with capital, then there is opportunity.”

Much of Cube’s transport focus through its €1 billion Cube Infrastructure Fund II has been investing in public bus networks, predominantly in the Nordics, though it also has experience in this space in Germany.

“We invest independent of the mode of transport or capacity,” adds Weis. “Buses are circling in the city day and night, so it makes a big difference if they are green. As a private investor, in countries like Germany, where the state is very active in public transport, they find it quite difficult to renew their fleets and switch. With private capital, we help authorities who want to make that switch and help them to finance it over time.”

“The running costs might be cheaper with electric vehicles than with diesel. But it’s almost like you pay 15 years of fuel upfront, which tends to frighten CFOs”

Weis’s declaration that it is the authorities “who want to make that switch” is key here. Although private capital may stand ready and willing to clean up transport, Weis notes that it relies on equally eager counterparties, which will usually outline in the tender documents whether they specifically want electric vehicles or not.

Also targeting the bus space is Zenobe Energy, the UK-based battery storage developer that first received investment from Tiger Infrastructure Partners in 2017 and secured £150 million ($207 million; €173 million) from Infracapital last year. Zenobe took its first steps in this area in 2019, installing a battery system at a bus depot in Guildford to cater for the increased supply of electric buses and the challenges this presents with regard to vehicle charging.

“With buses, there is reasonable predictability of the schedules, the size of the batteries,” says Steven Meersman, Zenobe’s founder director, explaining why Zenobe moved into the space. However, he cautions that the appropriate financing structures need to be found with offtakers.

“The running costs might be cheaper with electric vehicles than with diesel vehicles,” he says. “But it’s almost like you pay 15 years of fuel upfront, so that tends to frighten CFOs as to what it does with their balance sheets.”

As with many infrastructure assets today, Zenobe is able to provide digital asset management services to the fleet operators, showing how much the assets contribute to decarbonisation.

“We are able to fingerprint individual drivers based on their behaviour and, through that, introduce training that can save our customers 20-30 percent on their energy bills,” says Meersman. He reveals that the company is now exporting its model to the Netherlands, Belgium and Australia.

Although buses, despite the challenges, have guaranteed charge points at their respective depots, the picture is more complicated for electric cars. If a driver does not have access to a charger at home, accessing public charging infrastructure can become a bit of a lottery, depending on the rollout of the infrastructure in their area.

However, investors relying on a degree of traffic risk also need to know where the demand is, which creates something of a catch-22 situation. Fortunately, in the challenge of decarbonising transport, there is a solution familiar to the many already involved in the decarbonisation of power.

“It’s like the wind industry,” says Julien Touati, partner at French fund manager Meridiam and chairman of portfolio company Allego, a Netherlands-based EV charging group. “You have to know where to put your charger. Most of the players in the market come from the utility space and know where the grid is. You have some players who don’t understand where the traffic is. Having the capacity to analyse the data and focus the demand is something that few players have.”

Such behaviours were, in part, what led S&P Global Ratings to state in March 2019 that investments in this part of the energy transition were “unprofitable and therefore unproven”. However, Touati says Meridiam’s model with Allego, which it acquired in May 2018, is different and in part explains the rise of the Netherlands in this space.

Touati’s analogy of EV charging with wind farms stands up with regard to location, but the similarities do not end there. Arup’s Gaddo likens the revenue model to how some have applied battery-storage projects in the power sector.

“There is a bit of revenue stacking you need to do,” he says. “If you go to a location that’s a guaranteed source of usage, that’s fine. Otherwise, you need to think about layering up a number of different types of users. Investors need to get comfortable the demand is there.”

Yet despite the wind and battery comparisons, there’s another element of EV charging infrastructure that is almost unlike any other asset and is essential to both profitability and helping EV rollout succeed.

“The capacity to deploy small assets on so many sites at a massive scale requires a mobilisation that can take a lot of time,” says Touati. “Mobilising the land, public or private, is very complex.”

Although what is needed to ‘green’ the roads is the perfect rollout of EVs and charging infrastructure, the picture is a little more mixed when it comes to rail. Until relatively recently, it seemed like the only solution was electrification of existing rail systems.

“We noticed a trend towards the electrification of the network. This is mostly driven by political decisions,” says Brice Masselot, senior investment manager at Cube, which bought German rail group Arriva Deutschland in 2010, before offloading what is now known as Netinera last year. “We saw public authorities requiring brand new fleets for their contracts.”

What governments also came to realise was the insurmountable costs involved in doing so. The UK government in 2017 scrapped an electrification programme that had been planned since 2012, citing costs. The Association of American Railroads has also spoken out against electrifying US freight rail lines.

“Financially, electrification is not a viable option,” says John Fenton, chief executive of Patriot Rail, the US-based freight railroad operator that was acquired by First Sentier Investors in October 2019. “It would be a real challenge.

“Railroads will continue to innovate and make advancements. It’s a large network and when you start going through the mountains and the tunnels, highly congested urban areas, it’s a bridge too far.”

On Fenton’s wishlist instead is the development of battery-powered trains, which Patriot Rail is trialling in Salt Lake Valley in Utah and in California’s state capital Sacramento.

“Reliability of batteries has come a long, long way,” he believes. “In the next 10 years, the railroads will look very different.”

One company working on such developments is Zenobe, which is developing battery-powered solutions for trains, including a trial in Europe for maintenance railcars. “That’s not main-scale electrification, but it still helps prove these solutions can work,” says Meersman.
Other trials underway include the use of hydrogen-powered trains in the UK, first promulgated by rolling stock group Porterbrook and also being pursued by Siemens and Alstom – though, as is the case with the wider debate on hydrogen power, this innovation must be sustainable.

“It’s about your source of energy,” says TC Chew, global rail leader at Arup. “If you are selling the energy using coal-fired substations to generate your power, you are not solving the net-zero obligation.”

Masselot also notes that hydrogen-powered rail will receive a boost from public transport authorities keen to be at the forefront of a new technology. So although the direction of travel for green transport is clear, the question is: will investors be able to keep up?