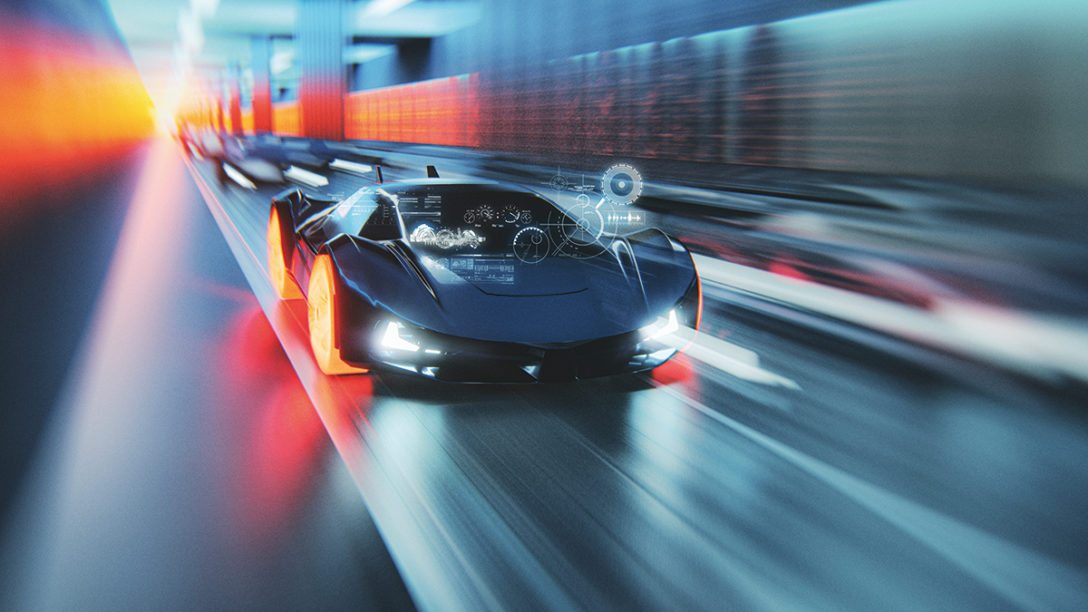 Investment opportunities in transport infrastructure technology abound, even after many forms of transportation were brought to a juddering halt in the last 18 months. For those in the right space, the gains have come thick and fast.

The most obvious example is electric vehicle charging points. These are now available at more than 15,000 locations in the UK and 22,000 in the US, yet millions more will need to be built in the coming years to meet expected demand.

The technology is still advancing as companies seek ways of charging vehicles quicker. “It’s a business to be getting into,” says Ben Foulser, director of the infrastructure advisory group at KPMG.

Standout players in the EV charging sector include Chargemaster, NewMotion and Pod Point – all of which have been acquired by major energy companies in recent years (BP, Shell and EDF, respectively).

For the investor, an acquisition is the dream scenario. A much bigger company with deep pockets – and often growing pressure to invest in renewable energy and related technology – can provide a rapid gain and exit.

Such deals can happen at an early stage in a company’s life when it has yet to turn a profit. NewMotion had reported a loss for 2016, the year before Shell acquired it. Similarly, Chargemaster’s annual revenue was just £15.5 million ($22 million; €18 million) shortly before BP acquired it for £130 million in 2018.

Pod Point was generating £11 million a year in revenue just before EDF took a majority stake in 2020. The deal meant venture capital firm Draper Esprit, having invested in Pod Point in 2018, doubled its money in two years. Crowdfunding firm Crowdcube, through which Pod Point had raised funds three times, also made a sizeable gain.

In May, power regulator Ofgem said the UK’s electricity distributors had assembled a £300 million fund to speed up the rollout of charging points. It will support more than 3,500 new charging points, about half of which will be in motorway service stations. The distributors’ customers will help foot the bill by paying £0.65 more on their bills for the next two years.

Energy giants buy these companies because they represent the direction of travel – in more ways than one.

As KPMG’s Foulser points out, the growing importance of environmental, social and governance themes across the investment sector is a “significant driver” of many business decisions in this area.

Encouraging electric vehicle take-up is deemed to be in the best interests of society as doing so will cut down pollution dramatically. Governments and major energy companies are prepared to support efforts through subsidies or by providing free charge points to further the cause – hence the quick gains that have been made on some investments.

However, it is not always so simple. Returns on infrastructure investment usually take much longer to come through, during which time valuations – and expectations – will fluctuate. Peter Durante, head of technology and innovation at Macquarie Asset Management, points to the potential of autonomous vehicles.

“The electrification of ground transport – including battery electric vehicles and, at a more nascent level, hydrogen for trucks, trains and some buses – represent the most material opportunities across the sector,” he says. “This is largely because they not only touch transport, but also energy generation, as well as transmission and distribution, and charging infrastructure.”

However, despite exciting developments in recent years, when these technologies will become mainstream is not clear. It could take many more years before some of them, such as hydrogen, reach sufficient scale to be investable.

“It’s the technological advancement in digital sensors, artificial intelligence and machine learning that will continue to be the driving forces behind the development of AVs,” Durante says. “While there has been a lot of hype around the speed of AV rollouts, eventually AV technology will provide significant opportunities for consumers and investors.

“However, the timeline is unclear on how fast this will happen.”

The transport sector was one of the biggest casualties of the pandemic. Airports were hit particularly hard.

Most forecasts suggest these assets face a lengthy struggle for recovery. On top of reduced tourist travel due to restrictions and quarantine requirements, business travel could fall in the long term as companies make greater use of video conferencing technology.

Unlike with EVs, there is no queue of interested parties ready to buy up airports or related companies, nor is there significant state support. This has had an impact on the ability of airport operating companies to invest in technology.

However, the pandemic has not wiped out technology investment altogether. Heathrow, the UK’s busiest airport, has pledged to ‘build back better’ from the crisis. It declared itself to be carbon-neutral in 2020 and has been “working to make decarbonising aviation a flagship goal”, according to its most recent annual report.

Green technologies are an undoubted opportunity for aviation, but other efficiencies are required. With fewer people travelling, automating the customer experience through the airport will help operating companies reduce costs.

Facial recognition technology, which Heathrow is looking to develop, is one such area in which long-term savings can be made. Yet although there are some opportunities, the wider airport and aviation sectors lack visibility for many investors, and better opportunities lie elsewhere.

Get on the bus

When it comes to building back better from the pandemic, several commentators believe buses are the way to go.

“The bus market will be back with a vengeance,” says Foulser. “We do a lot of work on zero-emission bus space as a team. We have been working with financiers across the market for the last six months.

“There is not one financier I’ve spoken to – and this includes venture capital firms and pension funds – who have said they’re not interested in this. They are all interested in it.”

There are ESG angles here, too. On top of the environmental benefits of electric- or hydrogen-fuelled vehicles, improving a bus network has a social benefit, as this form of transport is more often used by people from lower-income backgrounds.

Providers such as Masabi, with its Justride system, can benefit from further developments in payments systems. Venture capital funds Smedvig Capital and MMC Ventures are among those to have invested in Masabi.

Such large-scale change will require whole fleets of vehicles to be upgraded, creating many scalable investment opportunities.

“In most instances, [fleet transition] requires not only an investment in the asset itself, but also the development of new infrastructure – electrification, charging points, hydrogen supply, depot equipment – and related software,” says Amanda Woods, chief investment officer at Amber Infrastructure.

Woods adds that investors should focus on selecting assets that present long-term investment opportunities in a world with various competing technologies and an evolving regulatory environment.

Such opportunities can be found in areas including sensors, cameras and artificial intelligence, all of which back autonomous vehicles. Digitisation and app-based technology can also play an important role in increasing competitiveness.

Woods adds: “Parking is also a good example of rapid technological improvement as the introduction of automated security, AI, parking apps, dynamic pricing, integration of sensors, and development of additional services has changed the business model, competition and cost structure of the industry.”

Back on the rails

Railways have also been hit by the sharp reduction in the use of mass transit. However, while far fewer people have been commuting over the past 18 months, the consensus among investors and industry commentators is that rail will recover to a large extent.

Again, there is an opportunity to improve environmental performance further and help support net zero ambitions. Woods cites the case of Angel Trains, a UK company in which International Public Partnerships, a listed infrastructure investment business advised by Amber Infrastructure, has a stake. Angel has developed HyDrive, an intelligent and flexible hybrid drive system for rail vehicles.

“It will result in smarter trains through intelligent management of energy to enable maximum energy recovery, and an efficient range extender engine running to give maximum overall system efficiency,” says Woods. “Trains will be quieter through the use of smaller, modern range extender engines with less noise and vibration, and running on battery only in stations and other urban areas.”

Macquarie’s Durante points to the importance of low-carbon hydrogen across the wider transport sector. He says the fuel has an important role to play in the shipping, long-haul and heavy freight industries that cannot easily be electrified.

If these decarbonisation efforts are to succeed, a huge shift in investment will be required, particularly in early-stage companies. But with governments across the world keen to promote cleaner, more efficient technologies, there are likely to be a lot of winners in this space.