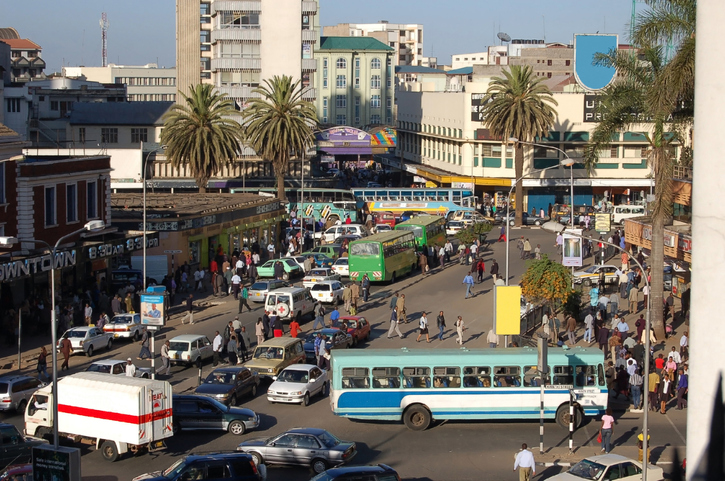 The global average degree of urbanisation stands at 56 percent, according to Statista. However, several countries on the African continent boast rates well above that, such as Gabon and Libya – where 90 percent and 81 percent live in cities, respectively – or South Africa, which has an urban population of 67 percent.

The key driver behind Africa’s rapid urbanisation is its growing population, expected to increase by 1.3 billion people between 2019 and 2050, according to UN forecasts. That is 65 percent of the 2 billion increase forecast for population growth globally during the same period. The number of people in both East and West Africa alone are expected to exceed that of Europe.

These statistics should be good news for private capital on the lookout for future infrastructure investment opportunities because infrastructure will be needed to support that urban population growth. And indeed, major investment is already happening.

The UN Conference on Trade and Development (UNCTAD), for instance, recently released data showing that foreign direct investment into African countries hit a record $83 billion in 2021 across a range of sectors including oil, gas and clean energy. Positive as that is, however, it is generally acknowledged that far more capital needs to be ploughed into the region to develop its infrastructure in the years ahead.

“Based on current investment activity, that amount is underfunded by approximately 50 percent to 60 percent. Given the rapid urbanisation across the continent, coupled with significant population growth, most of the infrastructure spending will need to occur in urban centres.”

Among the various types of infrastructure required to support Africa’s projected urbanisation, Schwarzburg believes power, road, rail, port, and airports are all areas that need significant development, presenting ample opportunity for investors to play a key role in laying the foundation for Africa’s future domestically and on the global stage.

The energy sector is being affected by rapid urbanisation and is a good place for capital to scout for tomorrow’s opportunities. PwC estimates that only 58 percent of the continent’s population has access to electricity – not surprising given that two-thirds of Africa’s existing grids are considered unreliable. And despite Africa being home to 17 percent of the world’s population, it accounts for only 4 percent of global power supply investment, according to PwC’s Africa Energy Review 2021.

“The one sector that seems to be the most urgent is energy because it will fuel the other sectors,” highlights Heleen Goussard, head of unlisted investment services at South African investment firm RisCura. “You cannot have sustainable growth in Africa without a steady supply of energy for sectors such as housing. People tend to think of growing the energy sector as the first port of call.”

Schwarzburg concurs. “A significant portion of electricity generation will need to be built from the ground up, given the large-scale supply shortages,” he says. “This must involve a balanced approach using often abundant renewable energy sources like solar, conventional and 24/7 concentrated solar power, or hydropower with reliable base load energy generation using natural gas.”

This could also present a unique opportunity for ESG-focused investors to fund the development of clean energy infrastructure to cater to this undersupply and support future population growth. And in doing so spearhead the region’s economic and social development. Furthermore, as Schwarzburg alluded to, Africa has an abundance of natural resources to drive such a green infrastructure investing agenda.

According to the African Development Bank, the continent has a solar capacity of around 10TW, hydro capacity of 350GW, wind capacity of 110GW, and geothermal energy sources of around 15GW. That could all be used to support growing urbanisation rates and, critically, to meet climate reduction targets.

Faye believes there will need to be better international co-operation coupled with funding to drive this, which has been neglected to date. But he concludes, “developing infrastructure such as natural gas has a part to play. With a lower carbon footprint than coal and important resources, onshore and offshore, this resource could provide the cheapest and most practical solution to Africa’s energy shortfall”.

According to UNCTAD, Africa accounts for only 2.9 percent of world production and 2.6 percent of world trade. Urbanisation should present the continent with a chance to redress this and stake a bigger slice of the global trade pie. Ports infrastructure will be critical to this.

A PwC report states that ports are gateways for commodity exports as countries grow and develop. They are essential for sustaining and improving growth in African economies.

“Encouraging signs are emerging that port infrastructure, which is crucial to stronger export activity and more intra-regional trade within Africa, is getting more attention from investors and policymakers,” says Schwarzburg.

“One of the main drivers to enhance regional trade will be the ongoing implementation of the African Continental Free Trade Area (AfCFTA), which came into force in early 2021. Already there are signs of emerging industrial clusters like a car industry in Ghana, which aims to thrive not only on a local [level], but a wider regional level.”

The development of port infrastructure has already seen foreign capital flow into the African market. In 2021, DP World, a global supply chain developer, and CDC Group, the UK’s development finance institution and impact investor, entered into a long-term partnership to invest $1.72 billion into expanding African ports.

The potential to develop trade infrastructure could attract further investment in emerging markets such as Africa and Tohib Iyiola, chief executive officer at investment bank Stronghold Global Finance, believes global private markets could hold the answer to unlocking this.

“There needs to be a drastic uplift in investments in emerging markets, not just in renewable energy but in infrastructure to promote trade and GDP growth, to enable these countries to grow rapidly and sustainably,” Iyiola states. “Much of this boost in investment must come from the deep wells of capital available in global private markets.

“Banks that have the expertise to offer investment-grade structures to these investors, while preserving emerging market returns, can enable this shift. Local understanding and expertise in alternative finance will be needed to facilitate this capital influx with speed and efficiency.”

While urban growth presents many opportunities for infrastructure development and investment, it also comes with challenges. And food security is one of them.

Food scarcity is an issue on the African continent. According to an article published in 2019 in the International Journal of Urban Sustainable Development, in South Africa alone up to 26 percent of households experience hunger, with another 14 percent of the population estimated to be vulnerable to food insecurity. A rapidly urbanising Africa is liable to exacerbate the issue, which makes the development of vital infrastructure, such as food production and storage facilities, processing plants, distribution and retail, even more vital in a population migrating from rural to urban centres.

“Now it is evident that the infrastructure supporting food security needs to be matched with the agricultural opportunities on the African continent,” says Iyiola, adding that this “should be a top priority for any investor, due to its global impact”.

One of the biggest impacts of the urbanisation mega-trend is the pressure it is putting on the region’s often underdeveloped transportation networks. Historically, in many cities, there has been insufficient urban planning expertise to ensure development keeps pace with growing populations. Existing road infrastructure, for example, is often ill-equipped to accommodate increasing traffic congestion.

“Urban planning is a primary challenge,” states Goussard. “The way in which cities have expanded has largely been organic. The infrastructure in some of Africa’s major cities is underdeveloped for their populations and trying to fix this is a huge issue.”

The need to develop new transport infrastructure that is future fit for growing urban centres should also present an opportunity for the growing cohort of investors looking to fund projects with a green agenda at the core.

For investors, the migration of Africa’s people from rural to urban areas and its rapid population growth offers a wealth of opportunities to fund the continent’s infrastructure of tomorrow, and to do so sustainably. It is a huge task, but one that may reap rewards for those that take up the challenge.