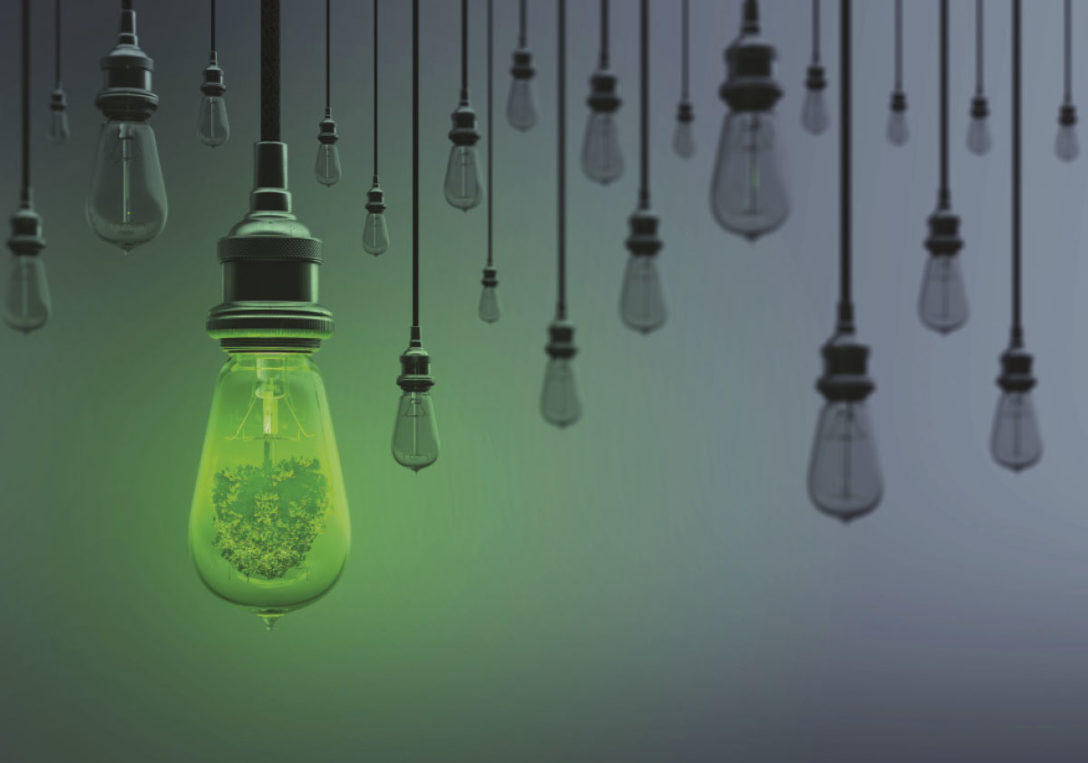 Amid the tumult of 2020 and 2021, we have seen one trend solidify and grow into a pillar of the private investment asset class: LPs’ focus on sustainable investing. Although this has manifested itself in greater attention paid to both the ‘S’ and the ‘G’ of ‘ESG’, the increase in LP appetite has perhaps been most pronounced around the ‘E’.

This interest did not begin with covid-19. Similar to the digital infrastructure space, LPs’ allocations and commitment to sectors related to the energy transition had already been growing before the pandemic – most notably in renewable energy, a well-established portion of the energy transition bucket.

In 2015, $7.5 billion was closed for renewables strategies. In the first half of 2021, the figure had risen to around $19 billion, according to Infrastructure Investor fundraising data. Since the word ‘lockdown’ entered our everyday vernacular, we have seen investor interest and activity in the energy transition increase markedly. More than $500 billion was invested in low carbon opportunities in 2020 (compared with less than $300 billion in 2011) – a figure driven by political, regulatory, social, environmental and economic dynamics.

At Campbell Lutyens, we have been fortunate – at the fulcrum between GPs and LPs – to have seen the developments over the past 18 months at close quarters, advising on both primary fundraisings and secondary transactions in traditional renewables and energy efficiency. During this period, we have identified three key themes around the LP approach towards the energy transition: a rise in sustainability-oriented investor allocations; decentralisation of energy supply as a non-traditional renewables focus area for investors; and hydrogen as a non-traditional renewables focus area for investors.

The rapidity of capital flows into the energy transition space has been a direct result of the increases at source and the creation of special investing pockets by institutional investors. These are being driven, in part, by pressure exerted by key stakeholders: in the case of retirement funds, it is coming from individuals making pension contributions; in the case of sovereign wealth funds, from governments.

Examples of recent sustainability allocations being created or increased include New York State Common Retirement Fund’s creation of a $20 billion Sustainable Investments and Climate Solutions Program, hiring dedicated staff to execute the strategy, and the Abu Dhabi Investment Authority’s growing renewable energy exposure. ADIA now has an indirect interest in assets with a renewable energy capacity of more than 20 GW and “continues to invest in opportunities associated with a lower-carbon future”, according to its 2020 annual review.

These specific allocations, and defined priorities among some of the world’s largest capital allocators, are key to ensuring increased capital flows from institutional investors into the energy transition play.

In our recent energy transition conversations, LPs have increasingly been asking about sectors and subsectors outside of traditional renewables. Prominent among these is a focus on the decentralisation of energy away from traditional centralised grid systems, and including energy efficiency initiatives with commercial and industrial buildings, as well as the provision of distributed generation.

Energy efficiency entails the delivery of cheaper, cleaner and more reliable energy solutions at the point of use, thereby reducing or eliminating reliance on the grid or subsidies. The technologies involved include combined heat and power units, roof-top solar installations, and efficient lighting, heating and cooling solutions.

Energy efficiency is driven by government support, corporate net-zero agendas, established technologies and the broad application across existing built infrastructure. Perhaps the strongest appeal of the energy efficiency subsector is its potential scale: according to the International Renewable Energy Agency, there is an identified market opportunity in the 15 years to 2030 of between $10 trillion and $29 trillion – compared with between $5 trillion and $9 trillion for traditional renewables.

Campbell Lutyens’ analysis – based on data by Preqin, Infrastructure Investor and Inframation – estimates that since the start of 2015, around $54 billion has been raised across 108 closed or still-raising funds for centralised or utility-scale renewable generation. This compares with around $4 billion across 14 closed/raising funds in the energy efficiency space.

So, while there have been meaningful steps forward in the energy efficiency space by managers such as Octopus Energy and Sustainable Development Capital, the potential for greater private investor involvement is vast.

Another area in which we have seen investor interest piqued is around green hydrogen. This is produced through the electrolysis of water into hydrogen and oxygen, a process that does not emit harmful emissions. This contrasts with ‘black’ and ‘brown’ hydrogen, which relies on a more environmentally damaging steam-methane reforming process to separate hydrogen from water and methane.

Uses for green hydrogen include greener gas (reducing the concentration of carbon per unit of energy), electrification (particularly in buildings), transport and storage (with hydrogen fuel cells having a higher driving range than batteries).

From an investor viewpoint, hydrogen is at an earlier stage in portfolio allocations. There are few hydrogen-focused funds, but we are seeing hydrogen play an increasing role in the broader investment strategies of diversified energy transition funds.

Hydrogen is relatively nascent in the private markets compared with the more established traditional renewables sectors. Nevertheless, we expect hydrogen – recently described by the European Parliament as ‘an energy carrier for a climate-neutral economy’ – to become an increasing proportion of investor portfolios through diversified and, over time, specialist fund exposure.

Traditional renewables have played a part in LPs’ infrastructure portfolios over many vintages during the past two decades, either through generalist managers or sector specialists. Now, however, the broader political, social, environmental and economic narrative has transformed investor priorities and shaped allocations to the energy transition space.

We are seeing LPs and GPs alike grappling with the opportunities and challenges thrown up by Articles 8 and 9 of the EU taxonomy. We are watching with interest the growth of institutional investment in areas like energy efficiency and hydrogen. Even in the level-paced private markets, we are feeling – as with so much touched by climate change – the fierce urgency of now.