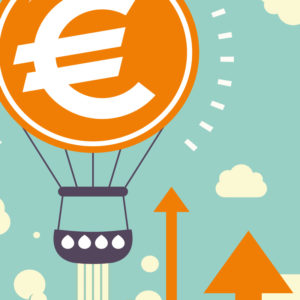 Considering that InfraVia Capital Partners was the first infrastructure fund manager to launch an infratech-focused vehicle, it seems fitting that its peers picked it as the clear winner of Innovator of the Year, a category making its first appearance in this year’s awards.

“We see a convergence between infrastructure and the B2B technology business line and we believe having a foot in both camps will generate massive value-creation opportunities,” Olivier Laroche told Infrastructure Investor recently, explaining the firm’s thinking in deciding to launch this new strategy and hire a dedicated team to execute it. The firm has exceeded the original €300 million target for its InfraVia Growth vehicle, having collected €400 million to date, and is still on the fundraising trail.

Throughout 2020, InfraVia did just that. It employed digital solutions at its portfolio companies, including at Mater hospital in Dublin, which it describes as undergoing “digital transformation”. It also used artificial intelligence to optimise the maintenance of trains operated by the Metro de Málaga, the Spanish light rail system in which InfraVia invested in December 2015.

Digital infrastructure is also the sector where the Paris-based firm achieved its best return to date with the sale of NGD to Vantage Data Centers for an undisclosed amount. In a statement last July, announcing the deal close, InfraVia said that in the four years in which the firm had been a majority shareholder in the Welsh data centre company, NGD’s contracted IT load capacity had multiplied by more than 10x.

In the past year, it also partnered with French telco Iliad Groupe to launch IFT, a €4 billion fibre-to-the-home platform with the aim of accelerating FTTH rollouts outside densely populated areas of France, representing around 26 million lines. The platform provides one single IT interconnection platform. This allows commercial operators to deal with IFT solely, as opposed to more than 100 smaller companies, according to InfraVia.

However, the firm’s innovation was not limited to the digital infra space. Around the time InfraVia announced the sale of NGD, it also announced the acquisition of Molgas, a small-scale liquefied natural gas platform active in Spain, France and Portugal. The company, which aims to grow its platform “in Iberia and beyond”, serves more than 100 off-grid industrial customers. It also owns and operates LNG filling stations for heavy-duty trucks and provides bunkering infrastructure and services to shipping companies.

Perhaps one of the most interesting aspects of the company – aside from it being active in a sector that currently plays an important role in the energy transition – is that Molgas is also developing very low or no-carbon solutions, thereby creating a distributed ecosystem that is hydrogen-ready.