Technology and the possibilities it presents can capture the imagination like little else. In many ways, the ‘world of tomorrow’ promised by so much science fiction is already with us, or at least is coming tantalisingly into reach. This is the case in infrastructure as much as it is in other parts of life.

Infrastructure is an asset class being revolutionised by technological advancement. From electric and driverless cars to self-monitoring assets and smart cities, there is huge potential to evolve into the next generation of infrastructure in ways that will affect not only our professional lives, but our personal lives, too.

However, while the increasing digitisation of infrastructure is accompanied by a great number of benefits, it also brings dangers. Hackers are constantly on the lookout for weaknesses they can exploit, and they have had success in doing so. As technological advancements get ever more impressive, so too must infrastructure’s defences. Here are three of the most important themes. 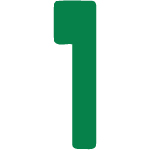 For many transport provides some of the most obvious examples of technological advance. This extends far beyond the cars we might drive, though they provide a good starting point.

This number is growing all the time. The European Union is aiming to have one million chargers by 2025. There are already more than 22,000 electric vehicle charging points in the US, and more than 15,000 in the UK.

Globally, BloombergNEF expects 10 percent of vehicles purchased in 2025 to be battery-powered, and projects that 12 million public charging points and almost $400 billion of infrastructure spending will be required by 2040. A number of electric vehicle charging companies, such as Chargemaster, NewMotion and Pod Point have been acquired by major energy companies in recent years. This is a popular play for the energy giants, who can see the way the traffic is flowing.

22,000+
Number of electric vehicle charging points in the US

15,000+
Number of electric vehicle charging points in the UK

£300m
Size of fund assembled by UK’s electricity distributors to speed up the rollout of new charging points, of which there are to be more than 3,500

Governments and major energy companies are willing to support electric vehicle take-up as a way of cutting pollution. Ofgem, the UK’s power regulator, announced in May that the country’s electricity distributors had assembled a £300 million ($425 million; €350 million) fund to support more than 3,500 new charging points.

“The electrification of ground transport – including battery electric vehicles and, at a more nascent level, hydrogen for trucks, trains and some buses – represent the most material opportunities across the sector,” says Peter Durante, head of technology and innovation at Macquarie Asset Management.

But the conversation goes far beyond electric vehicles. Although these are becoming more common on our roads, testing of autonomous vehicles is also making headlines. These driverless cars may be the next frontier if the technology can be perfected. Technological advancement in digital sensors, artificial intelligence and machine learning will each play significant roles in the development of AVs.

“While there has been a lot of hype around the speed of AV rollouts, eventually AV technology will provide significant opportunities for consumers and investors,” says Durante.

However, the timeline is unclear on how fast this will happen.

“It’s the technological advancement in digital sensors, AI and machine learning that will continue to be the driving forces behind the development of AVs.”

Public transport will also be significantly affected, and this goes beyond switching from fossil fuels to electric charging or having autonomous buses.

Taking buses as an example, improving a bus network also has a social benefit, by helping to meet ESG goals. US bus networks are increasingly using contactless payment technology – which is common in markets such as the UK.

Technology – including intelligent road management and smart parking – is revolutionising how vehicles work and how people use them. 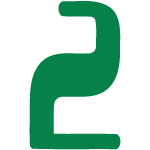 All sub-sectors, and not just transport, are being impacted by this technological revolution. Among its most exciting elements are AI and machine learning, which will not only affect how infrastructure is used but will require there to be considerably more of it.

“Increased internet activities and [the] rise of AI and data analytics will drive exponential demands in digital infrastructure such as fibre and data centres,” says Joachim von Amsberg, senior investment officer for private equity at the Asian Infrastructure Investment Bank. There are plenty of applications, including screening and due diligence tools to provide early warnings for large projects and existing portfolio companies. Advanced data and AI analytics can enable construction companies to discover emerging global opportunities for large infrastructure projects and work out the related risks. AI can analyse opportunities across sub-sectors in a data-driven and dynamic manner, predict price movements and influencing factors, and inform a more complete view of value chain mapping.

Christopher Ehrke, partner at Arcus Infrastructure Partners, cites the example of TDF in France, which is using AI extensively. This includes tools that link into weather forecasts to adjust the positioning of satellite dishes and thereby make them more effective during changing weather conditions.

Self-monitoring and self-adjusting assets are only part of the picture, though. AI and machine learning can analyse data on a scale unachievable by mere mortals, detecting and evaluating patterns to identify investment opportunities or implement efficiencies.

“[AI and machine learning] can create significant operational efficiencies in complex infrastructure assets – for example, it can help organisations go from being reactive to proactive and take advantage of global business opportunities or cut costs on the supply side,” say Saurabh Mishra, CEO at Taiyō, and Jeffrey Altman, senior adviser at Finadvice. 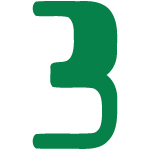 The Colonial Pipeline ransomware case – in which an oil pipeline system originating in Texas and carrying gasoline, diesel and jet fuel mainly to the US Southeast was attacked in May – saw the owner paying a ransom in bitcoin equivalent to $4.4 million to criminals who had forced the pipeline’s operations offline. It was the largest cyberattack on an oil infrastructure target in the history of the US and served as a warning about the dangers infrastructure will face in this brave new world.

“It is not surprising that cybersecurity and applications governance are now a board-level priority at all our infrastructure companies,” says Olivier Laroche, asset management partner at InfraVia Capital Partners.

“We are also seeing a trend towards LPs wanting to be informed on these topics. For example, in Q4 last year, LPs came to us with very specific questions about the potential impact of the SolarWinds breach on our portfolio companies. We see heightened interest and awareness across the board.”

But where there are challenges, there are also opportunities. Investors have seen the attraction of cybersecurity through the exchange traded fund market, where several specialist offerings have been added in recent years, including the $2.2 billion ETFMG Prime Cyber Security ETF (HACK). Proofpoint, a stock common to many of the top cybersecurity ETFs, gained 49 percent in 12 months and attracted a $12 billion takeover bid from Thoma Bravo.

Technology is opening doors in infrastructure. Investors just have to decide which ones they will walk through.