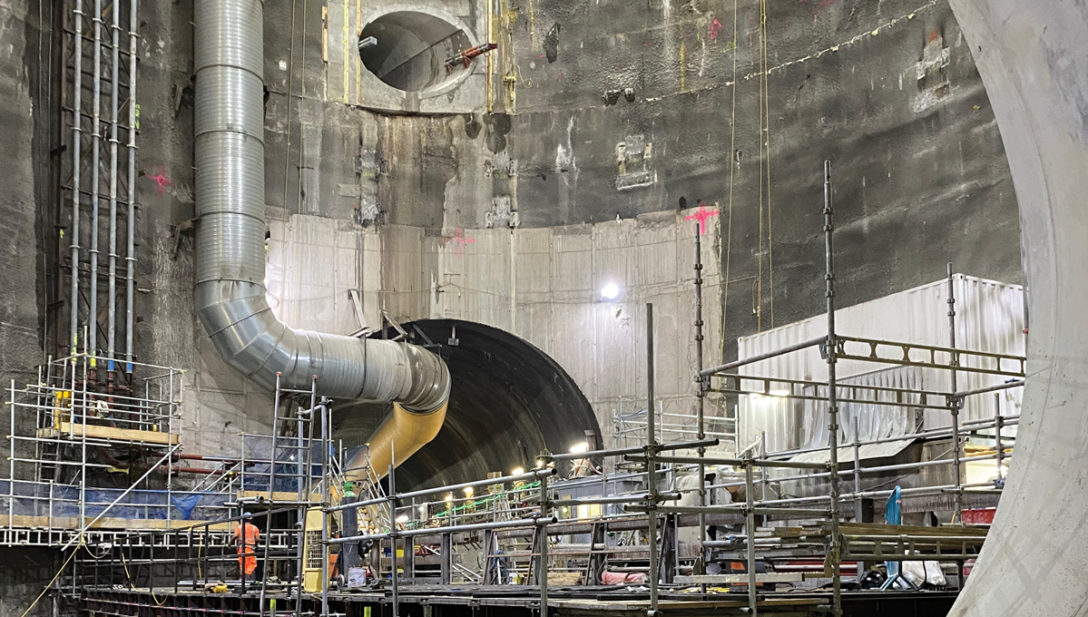 The River Thames is one of the icons of Britain. Winding through southern England for over 300km, the river makes a triumphant procession through central London, flanked by many of the capital’s most historic buildings, before flowing into the North Sea.

Yet every year, Londoners pollute ‘Old Father Thames’ with 40 million tonnes of untreated sewage. The city’s Victorian sewer system is unable to cope with the effluence of a metropolis that has more than doubled in size since the network was constructed. Sewage pipes are overwhelmed with storm water during even moderate bursts of rainfall. With nowhere else to go, torrents of human waste then have to be diverted into the London section of the Thames around 50-60 times each year.

The health of the River Thames has improved since the 1950s, when it was famously described as ‘biologically dead’ by scientists from the Natural History Museum. But sewage continues to have devastating consequences for the river’s ecology.

“The sewage goes into the river and immediately the bacterial populations proliferate,” says Joe Pecorelli, Thames conservation project manager at the Zoological Society of London. “The impact of that is to draw the oxygen out of the water,” he adds – a phenomenon that is devastating for fish populations, especially during the summer months when young fish are growing in the Thames estuary. Eutrophication arising from sewage changes the ecological balance of the river, meaning that bacteria, algae and other species that can tolerate a low oxygen regime come to dominate the ecosystem.

Salmon and related species are among the worst affected. Pecorelli explains that smelt – a relative of the salmon that relies on high levels of oxygen in the water – once thrived in the Thames estuary, before dying off, and then recovering somewhat in the late-20th century as the river was cleaned up. “In the 1990s, there was a relatively decent population of smelt, which then started to drop off – and that’s really related to a downward trend in water quality.”

Sewage discharges are also a problem for human health. People swimming off beaches at the mouth of the Thames are exposed to e-coli and gastroenteritis. Then there is so-called ‘aesthetic pollution’ – the gruesome spectacle of faeces, toilet paper, wet wipes and even hypodermic needles floating down the ancient waterway or being washed up on its shores.

By the turn of the millennium, with sewage overflows becoming increasingly frequent, the need for action became impossible to ignore. After years of planning, Thames Water, the local water utility, in conjunction with local and national government bodies, eventually developed plans for a tunnel to divert more than 95 percent of sewage spills in London away from the river. The ‘Thames Tideway’ project, designed to run underneath the Thames itself for most of its 25km route, received approval from the UK government in 2014.

Thames Water did not attempt to finance and manage construction itself, however. Instead, Thames Tideway was established through a new special purpose vehicle, Bazalgette Tunnel Ltd, named after the Victorian engineer who designed London’s original sewer system. Construction was expected to cost £4.2 billion ($4.8 billion; €4.8 billion), with investors set to collect returns through a surcharge estimated at £20-£25 per year levied on Thames Water’s customers in the London area.

The decision to establish the SPV was not without controversy. Commentators and academics questioned why Thames Water could not finance the project on its own balance sheet and was instead allowed to pass costs to its customers. Only two consortia submitted bids when the project went out to tender in 2015, despite UK government guidelines stating that tenders should require at least three bids to ensure competitiveness.

But Mathew Duncan, CFO of Thames Tideway, insists the decision to establish an SPV has been vindicated. “It would have been very, very difficult for [Thames Water] to have managed a project of this scale and size, along with its portfolio of other projects,” he says.
Establishing an SPV, says Duncan, “gave us the opportunity to go out and finance the project with much greater clarity, rather than just being in a bundle sitting alongside everything else that the existing water company would have been doing”.

The involvement of the UK government, meanwhile, played a key role in reassuring investors. Duncan says that a package of UK government guarantees was “a very big element” in attracting private investors. He notes that the licence for the project contained a mechanism whereby the government would pick up the tab in the event of a huge cost overrun that would otherwise leave Thames Water customers facing an oversized bill.

“The right investors for this infrastructure were the low-risk investors, the pension funds, that need that ongoing match to their liabilities”

The government also pledged to be a lender of last resort, in the event of the project failing to raise the required level of debt from the private sector. Given that the project licence constrains the rate of return by limiting the bill to be paid by consumers, Duncan says it would have been “extremely difficult” to raise finance without government guarantees.

The project was ultimately awarded in 2015 to a consortium consisting of Allianz Global Investors, Amber Infrastructure Group, Dalmore Capital and DIF Capital Partners. The latter exited the project in June 2022, with its share acquired by the other three partners.

“It was a great de-risked structure,” says Amanda Woods, Amber Infrastructure’s chief investment officer. “We designed it with features like inflation protection, we designed it with a running yield from the outset, because clearly with a seven-year plus construction period, the right investors for this infrastructure were the low-risk investors, the pension funds, that need that ongoing match to their liabilities.”

Andrew Cox, co-head of infrastructure at Allianz Capital Partners, is also enthusiastic about the merits of Thames Tideway’s financial structure. Allianz chose to join the consortium, he says, as it saw an opportunity to “provide our investors with stable, inflation-linked cash flows over the long term”.

“Under this model some key project risks, including interest rates and construction overrun risk, can be shared with consumers, thus lowering the cost of capital and enabling the participation of long-term institutional investors who may otherwise have chosen not to participate in greenfield projects of this size and nature,” says Cox.

Into the bowels of London

The Thames Tideway – or ‘super sewer’ as it has been dubbed – will be practically invisible to the almost nine million Londoners who will come to depend on it. But I was lucky enough to be invited to visit one of the project’s construction sites in a leafy corner of West London over the summer. After receiving a safety briefing and donning fluorescent protective gear, I was led into a warehouse and found myself gazing down a giant shaft – one of three that were used to lower the tunnel boring machines into position to excavate the tunnels.

The first thing that strikes any visitor to the project is its scale. The shaft is, literally, cavernous. Some 30 metres wide and around 50 metres deep, I was awestruck as I slowly descended to the bottom in a cage-style elevator.

The tunnels themselves, which are now complete but are still being encased with a secondary concrete lining in some places, resemble the ‘tube’ tunnels of the London Underground. These tunnels will actually lie empty most of the time. But during periods of rain, they will intercept the human waste that is currently emptied into the Thames. Sewage will glide serenely along these cylindrical and perfectly smooth tunnels at a slight downhill gradient, eventually ending up at a treatment site at Beckton in the city’s East End.

The construction, which began in 2016, has not been without its challenges. “Megaprojects are all about planning,” says Woods. “It’s always about making sure you have the right contingency in the project. The budget has got to allow for some unknown unknowns.”

The ultimate unknown unknown did arrive in early 2020. Covid-19 halted construction completely for several weeks; when work resumed, social distancing measures slowed the progress of contractors. The pandemic added £233 million to the cost estimate for the project and caused a delay of nine months. The completion date is now expected in 2025.

This delay and cost overrun are modest by the standards of other infrastructure projects of a comparable size. There will, naturally, also be an additional impact from rising inflation and interest rates. While the project faces increased costs for construction materials, Duncan says that with work now more than 80 percent complete, these extra costs will be limited.

At the outset of the project, Thames Tideway pledged that the annual increase in bills for Thames Water customers would not exceed £25 in 2014-15 prices. Recent inflationary pressures will have “some impact on customer bills”, Duncan concedes, but he maintains that Londoners will not be forced to pay more than the expected maximum amount.

Drawing lessons from the Thames Tideway is particularly important given that climate change is exposing many cities around the world to changing weather patterns that will exacerbate physical risks to existing infrastructure. “The modelling in terms of increased sewer flooding because of extreme weather events is fairly alarming,” says ZSL’s Pecorelli.

As anyone who has witnessed the immense engineering effort behind London’s super sewer will testify, the project is not lacking in scale or ambition. With urban populations around the world expanding and climate change accelerating, investors will need to study the Thames Tideway project and consider how its lessons can be applied to other cities in Britain, Europe and around the world.