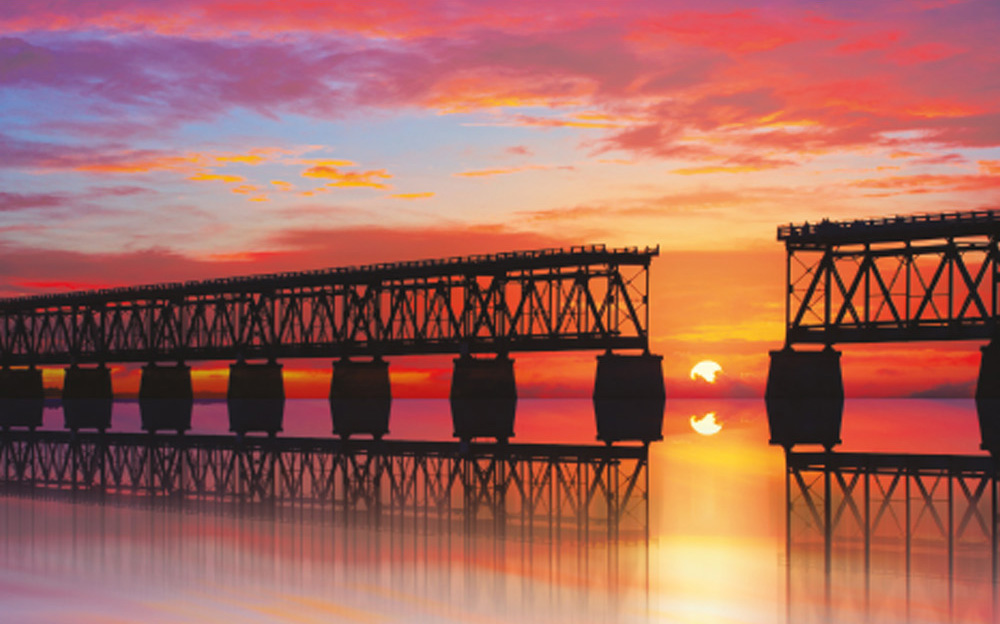 As underscored in every annual report issued by the American Society of Civil Engineers since the mid-2000s, the US’s once world-leading infrastructure continues to decay. Wonders like the Golden Gate Bridge, the Hoover Dam and the interstate highway system are products of the early to mid-20th century. With each passing year, the country’s infrastructure barely escapes a failing grade from the ASCE. Meanwhile, the infrastructure of our global economic rivals only continues to improve and to glisten by comparison.

Seemingly every US political leader stresses the importance of improving our infrastructure. They often emphasise the dangerous conditions lurking in our transportation, water, energy and social infrastructure. Frankly, their speeches of the past decade could be “recycled”.

What actually needs to happen is for the US to adopt an infrastructure asset recycling programme, and now it has a golden opportunity to do so. The Trump administration and Congress are at this very moment assembling and negotiating an infrastructure stimulus as a partial response to the devastating economic consequences of the coronavirus. With trillions of dollars in national debt on and off the balance sheet, why don’t we try something new that will leverage public dollars and provide a pathway for enormous private investment in all US states and territories?

Asset recycling in this context means encouraging privatisation of appropriate infrastructure assets, with the proceeds reinvested in much-needed refurbished or entirely new infrastructure. The means of sparking state, territorial and local governments to pursue select privatisation and public reinvestment would be an incentive payment from our federal government.

By way of illustration, Missouri might sell the long-term operating rights of one of its airports for $400 million. The federal government would then send a designated state agency in Missouri a corresponding infrastructure stimulus grant of perhaps $100 million to $200 million. This would be provided on the condition that the Show Me State reinvested all such stimulus funds in improving other infrastructure in Missouri and that it did so in a timely manner. This infrastructure would include roads, bridges, tunnels, power grids, water systems, flood protection infrastructure, rural broadband, schools, public housing and hospitals.

Australia’s shining example
Australia implemented an infrastructure asset recycling programme a few years ago and had excellent results. There are renewed calls to return to that programme in order to spur economic recovery and enhanced prosperity in the country.

Rather than increase taxes or government debt, Infrastructure Australia encouraged its state and local leaders, in competitive processes, to divest to the private sector assets that naturally lend themselves to private operation because of their function and significant existing user fees: airports, water and wastewater services, ports, rail systems, parking facilities, and power generation, transmission and distribution systems. Assets could be sold or leased to qualified private operators, and the assets would of course remain subject to appropriate public oversight.

New South Wales awarded a 99-year lease of two ports to a private consortium for $5 billion. These proceeds were committed to motorways and other new infrastructure in the Illawarra region to the south of Sydney. Similarly, Tasmania sold Hobart Airport to fund the Brighton Transportation Hub and to invest in agricultural water storage and irrigation.

Time to recycle now
As we grapple with a viral economic meltdown and infrastructure in critical condition, perhaps we should build upon this Australian example. The US will surely rise to the medical, societal and economic challenges of the coronavirus. Why not also use this moment to construct a better infrastructure future for generations of Americans?

Just as we refuse to surrender to this pandemic, surely we can no longer tolerate Flint, Michigan standards of water infrastructure, Amtrak service into antiquated Penn Station, 70,000 structurally deficient bridges or a woefully deficient number of hospital beds at public hospitals. The cost to our national health and productivity from substandard transportation and water infrastructure alone is enormous.

Several years ago, a US Chamber of Commerce study estimated that stalled infrastructure projects cost the country’s economy more than $1.1 trillion and 1.9 million jobs. Those numbers have only risen, as US infrastructure ages and the national population increases. The costs and challenges will only escalate, unless infrastructure improvement is made a national priority.

More funding for existing federal infrastructure programmes can only be beneficial. An infrastructure bank or finance authority may help reverse the country’s downward infrastructure trajectory. Tax incentives for, or federal funding of, research and development that sparked innovation in construction technology – which, in turn, yielded material project cost savings – would also help.

However, a US infrastructure asset recycling programme would create an exponential, high speed incentive and mechanism for leaders across the country to improve the infrastructure of their constituents – with support, rather than direction or interference, from Washington. By bolstering state and local coffers with asset privatisation proceeds and matching federal dollars, state and local authorities would have improved balance sheets that could more easily tap into low interest bonds and other forms of debt. The amount of money that could be deployed to revitalise US infrastructure would be dramatically bolstered by a relatively modest federal commitment.

Whether funded by a fuel tax hike amid record low oil prices, new user fees, a shift of funding from other federal programmes, or another funding mechanism, the US must act to preserve its standing as a global economic superpower. Main Street, Wall Street, and hubs of innovation like Silicon Valley all depend on efficient and reliable water, power, transport, communications, education and public health infrastructure. But with our unprecedented levels of national debt and dire need for a range of economic stimuli, why not try to solve one important problem with more limited federal dollars while attracting the trillions of dollars that investors would deploy into revitalising the country’s infrastructure?

Elected officials in Washington, in every city hall, city council, governor’s office and state and territorial legislature have many responsibilities arising from this pandemic. Using this pivotal moment to, among other measures, adopt an infrastructure asset recycling programme could create a sustainable, positive economic trajectory once we stem the tide of covid-19.

Let’s give the next generation of Americans a competitive socioeconomic foundation. Unless we accelerate US infrastructure investment, American entrepreneurs like Elon Musk and Jeff Bezos could by 2030 cause the US to have better infrastructure in space than terrestrially. We should start a US infrastructure recycling programme as at least one path to rebuilding the backbone of our economy. Enough public safety, economic opportunity and time have already been wasted. Carpe diem!

Jigar Shah is co-founder of Generate Capital and founder of SunEdison; Jay Tannon is co-managing partner at American Infrastructure Holdings