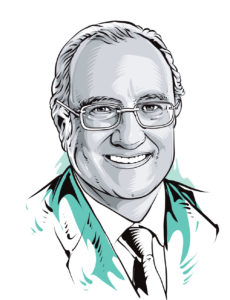 There are many things that can go wrong for first-time funds as they set out to gain the trust, and capital commitments, of LPs. But, in the case of Asterion Industrial Partners, it appears that its chief executive and co-founder Jesús Olmos – the winner of our Personality of the Year award – got everything right.

That track record not only underscores Olmos’s three-plus decades of experience in infrastructure but also his ability to build successful teams and platforms. He put that skill to work when launching his own firm in September 2018, bringing in two other KKR alumni as co-founding partners – Winnie Wutte and Guido Mitrani.There is no doubt that his background proved to be a key asset. Aside from spending more than 10 years at private equity powerhouse KKR, which he joined in 2008 to help build its infrastructure team, Olmos spent nearly 20 years at Endesa – Spain’s leading electricity utility and the largest private electricity utility in Latin America, helping the company develop its European business. Endesa Europe was sold to E.ON in 2008 for an enterprise value of €11 billion.

By the time Asterion had reached a first close of €519 million on its debut fund in March 2019, the firm already had a 15-member team in place.

“One of the ways in which we tried to give comfort to investors was to show them that practically six months since we started, we had a full team […] a Madrid headquarters plus a presence in Paris and London and a chief financial officer in place,” Olmos told us in an interview last year.

That institutional investors from Europe, North America, the Middle East and Asia helped the firm raise €1.1 billion for Asterion Industrial Infra Fund I in a little over a year – exceeding not only its €850 million target but its original €1 billion hard-cap – demonstrates LPs’ level of comfort with the new firm.

But aside from setting up shop quickly, Olmos believes that the firm’s ‘industrial’ character is also a major draw for investors. “Our differentiator is in the name of the firm. We have a lot of industrial experience,” he told us. “Being industrial is […] how you can create proprietary business plans and know what to do with the asset; [how to] grow it and so on.”

Members of Asterion’s team include senior figures from Allianz, Telefónica and Endesa France. Winning over LPs and raising capital are not the only areas in which Asterion has scored success since its inception less than two years ago.

It has also been active investing capital. It announced its first deal at the same time as the fund’s first close: the acquisition of a co-controlling stake in French utility group Proxiserve, alongside Paris-based fund manager Mirova. Its second investment was Asterion Energies, a renewables platform the firm is said to be building from scratch and will invest in solar and onshore wind in the markets Asterion targets: France, Spain, Italy, Portugal and the UK.

It has also made its first acquisitions in the UK and Italy, acquiring 100 percent of AMP Clean Energy, a UK-based company active in biomass and flexible generation, in a take-private transaction; and Sorgenia, an Italian energy utility. Asterion is acquiring a minority stake in the company, while its partner, Italian fund manager F2i, is acquiring a majority stake and will be transferring a 400MW renewables portfolio to what is primarily a gas-fired power generation company at the moment. That transaction is expected to close in April, along with another investment Asterion is working on. Once those two deals reach financial close, Asterion will have deployed roughly 60 percent of its debut fund.

Perhaps a simple explanation for Asterion’s success to date can be summed up in Olmos’s own words: “We might be a first-time fund, but we are not a first-time team.”