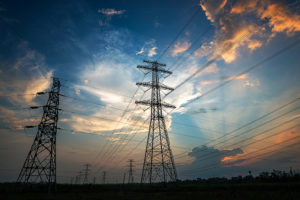 India’s Sterlite Power has bought a 28.4 percent stake in its electricity transmission arm from Standard Chartered Private Equity for 10.1 billion rupees ($158 million; €128 million), giving it 100 percent ownership of the company.

The divestment nets the private equity arm of Standard Chartered Bank a 2 times return over three-and-a-half years, which it claims to be “the highest absolute return in the power and utility sector in India”. SCPE invested 5 billion rupees in the business in 2014, as the sector’s first private foreign investment in India.

Pratik Agarwal, group chief executive of Sterlite Power, said: “With this acquisition, we reiterate our excitement about the unprecedented growth opportunity in the power transmission sector. Our track record and superior execution capabilities position us well to capitalise on this opportunity.”

Over the past three years, Sterlite Power has grown its portfolio from three projects in its home country to 15 projects across India and Brazil. The company is also a sponsor of IndiGrid, India’s first power sector infrastructure investment trust listed on the country’s two stock exchanges. The trust owns 10 independent operating assets, including eight transmission lines and two substations.

SCPE invests in businesses with principal operations in Asia, Africa and the Middle East. It has ploughed more than $6 billion into more than 100 companies since inception.