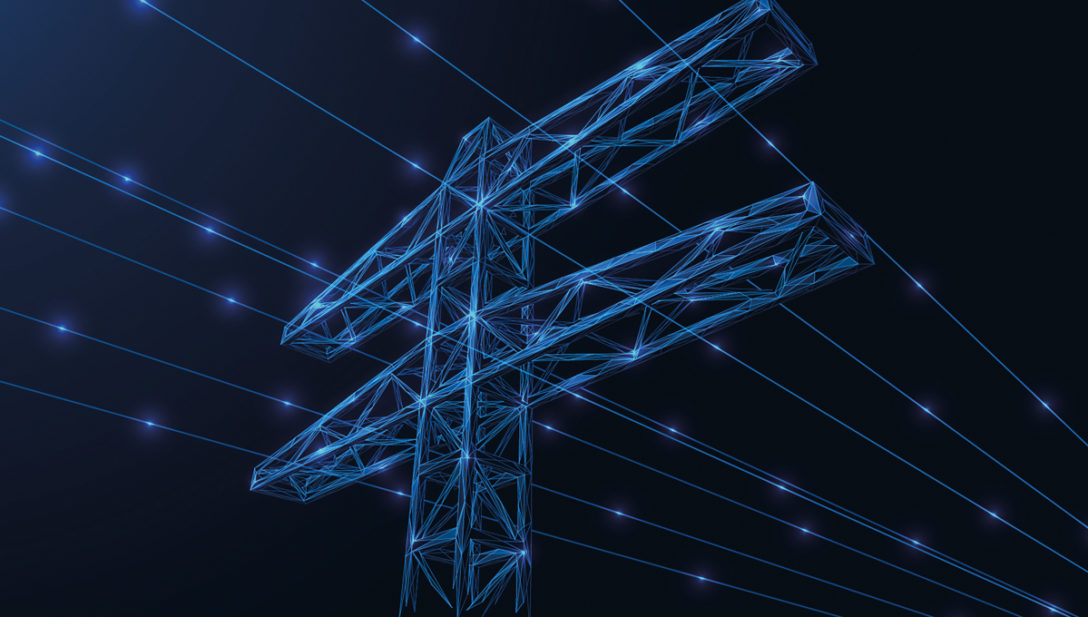 Infrastructure, as an asset class, has experienced meteoric growth over the past two decades, with fundraising soaring from $23 billion in 2009 to $136 billion 12 years later, according to data from Infrastructure Investor.

The appeal for investors is clear. Infrastructure provides long-term stable returns that are uncorrelated to other asset classes. It is resilient, as evidenced by its performance through the pandemic, and it is a natural choice for the fulfilment of ESG objectives.

“I have seen sustained and rapid growth in investment appetite for infrastructure, driven by the combination of downside risk protection and the ability to generate attractive base-case returns,” says Esther Peiner, co-head of private infrastructure, Europe at Partners Group.

Indeed, it seems as though appetite for infrastructure is only set to grow. Among respondents to the Investor Perspectives 2022 survey, 65 percent told Infrastructure Investor they planned to invest more capital in the asset class in the year ahead. “The confluence of covid disruptions, governments’ increasingly constrained fiscal positions and declining government bond yields have only accelerated and accentuated this increased appetite for real infrastructure assets,” says Ross Israel, QIC’s head of global infrastructure.

As we sit on the cusp of a turn in the cycle, infrastructure’s inherent inflation protection is poised to fan the flames even further. “Unprecedented stimulatory fiscal and monetary policies have been unleashed upon the world at a time when supply-side bottlenecks are also plaguing the global economy,” Israel says. “This confluence of demand-side and supply-side shocks suggests that inflation is now a primary consideration for institutional investors.”

“Investors are particularly attracted to infrastructure assets in an inflationary environment,” agrees chief financial officer for infrastructure at 3i Group, James Dawes. “This is because infrastructure projects and companies often have revenues that are linked to inflation.”

In addition to voracious investor appetite, the phenomenal growth of the asset class has been fuelled by unprecedented capex requirements. Alongside the bridges, roads and ports that have historically defined infrastructure, three transformative megatrends are heralding a new generation of investment opportunity.

“Megatrends such as the transition to a low-carbon economy, digitalisation and demographic change are powerful long-term themes shaping the infrastructure industry,” says Dawes.

Our consumption of data continues to increase exponentially. In early 2020, before covid began to bite, Cisco predicted there would be 5.3 billion internet users by 2023, up from 3.9 billion three years ago. With millions of people since forced to work from home, the pandemic has only exacerbated the situation; Zoom’s average number of users jumped from 10 million in December 2019 to 300 million four months later. Homebound populations also resulted in increased use of social media, video streaming and online gaming.

This astonishing growth has clear consequences for infrastructure, not least in terms of the huge capex required to facilitate the transport and storage of that data. This is creating vast opportunities across fibre networks, towers and data centres. Alongside these three pillars, we are seeing an increased emphasis on edge computing in particular, which brings the data source closer to the computing and data storage.

“The way in which everyone worked and schooled from home during the pandemic, the way they purchased goods, entertained themselves, kept fit and conducted telemedicine, proved that while networks were broadly up to the task, there is certainly opportunity for more network quality at the perimeter – in the suburbs, secondary cities and rural areas across all geographies,” says Marc Ganzi, chief executive of DigitalBridge.

“That doesn’t only mean having the right fibre and cell towers in those areas to provide the necessary connectivity. You also have to lay compute power on top of that. How do you create data, store data and most importantly move data in this new era where people are doing more and more, not from the centre of cities, but on the periphery of the network architecture? That is going to be a major trend over the next decade.”

Alongside digitisation, the decarbonisation of the economy is the global imperative of our time. And infrastructure has a pivotal role to play. The OECD estimates that $6.9 trillion a year of infrastructure investment is required up to 2030 to meet climate and development objectives. With 30 percent of greenhouse emissions stemming from the energy, transport and water industries, there is immense need both for new, clean power assets and an overhaul of existing infrastructure systems if the world is to meet its energy transition objectives.

While renewable generation assets are becoming increasingly challenging for many investors, due to the impact of excess liquidity on returns, there are a plethora of other opportunities stemming from the fight against climate change. “The energy transition is not limited to renewables,” says Corm. “It requires a much wider transformation including district heating, smart metering and waste management. Huge capex is required to decarbonise the entire economy and we only have the next decade to do it.”

In addition to renewable generation itself, battery storage and even hydrogen are investable propositions today. Ardian is deploying hydrogen-based solutions at its airports, and has launched a fund alongside Five T Hydrogen to help foster a hydrogen industrial revolution, according to Burghardt.

There are also myriad investment opportunities to support energy conservation, which include the development of a closed-loop carbon economy to convert waste into valued products, such as energy. There will also be opportunities to invest in carbon management, as new investable business models start to emerge.

As with digitisation, decarbonisation is not just a driver of new investment propositions; it is also a vital tool for asset management. “There is a lot we can do to decarbonise legacy assets,” says Corm. Vauban, for example, has committed to making its carparks carbon neutral by 2025.

The third mega-trend shaping the asset class involves our rapidly ageing population. China and Germany saw their working-age populations start to shrink in 2020. “We are at a demographic turning point and that raises big questions for us as real assets owners,” says Sabina Reeves, CBRE Investment Management’s global chief economist and head of real assets research.

This will have consequences for a whole range of sectors, but for healthcare in particular. “Ageing demographics, the changing nature of disease, public funding pressures, technological change and decentralisation are expected to drive strong demand for healthcare services and shape the nature of healthcare systems over the coming decades,” says Israel.

“There have been fundamental changes in life expectancy,” adds Peiner. “There is also less predictability around how people choose to live their lives at its various stages. That means infrastructure has to be more flexible, which can be challenging.”

Historically, infrastructure assets have tended to be mutualised, centralised and large scale because that was the way to build and operate them most efficiently. “Today, we need to think about how we can create more decentralised infrastructure that meets changing user needs,” Peiner explains. “We are moving away from mega projects towards more flexible and modular alternatives.”

There is no doubt that the world is changing at breakneck speed, driven by the four fundamental themes of digitisation, decarbonisation, demographics and decentralisation, and accelerated by a pandemic. These evolving dynamics are creating a capital expenditure boom with infrastructure investors at the forefront.

Underpinned by the energy transition, the rollout of 5G infrastructure and the electrification of transport, global infrastructure spending is expected to nearly double by 2040 to an average investment need per year of $4.6 trillion, according to McKinsey. And the rate of technology innovation, surrounding everything from autonomous vehicles to sustainable biofuels, means we are only at the beginning of this journey. 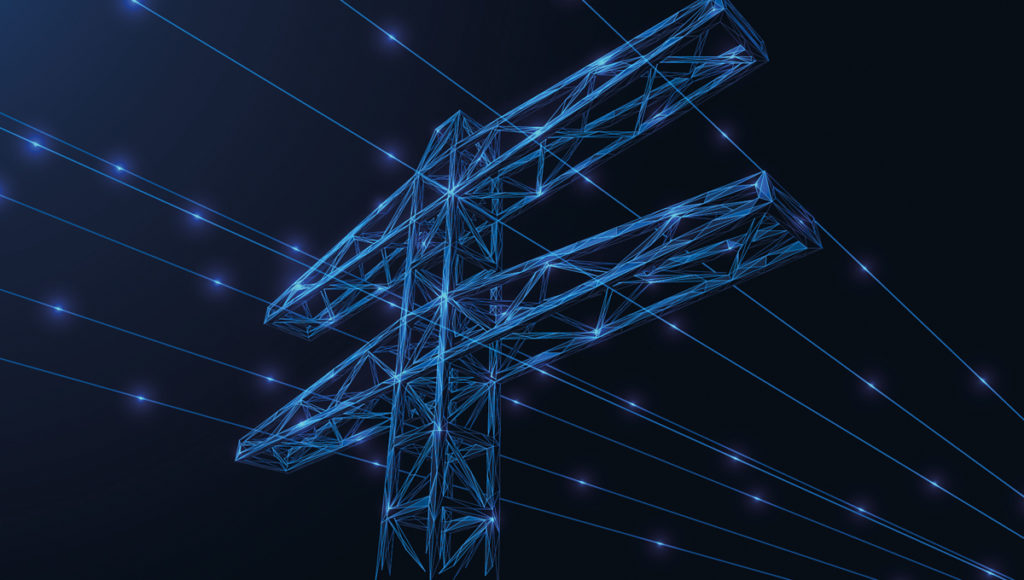 After digitisation, decarbonisation and demographics, decentralisation could, perhaps, be deemed the fourth ‘D’ impacting the future of infrastructure.

The decentralisation theme is affecting asset management, too. It is creating portfolios and platform companies that own smaller, more geographically diverse assets. This requires operating models leveraging autonomous and AI-driven systems and workforces in order to build and maintain more geographically dispersed assets.