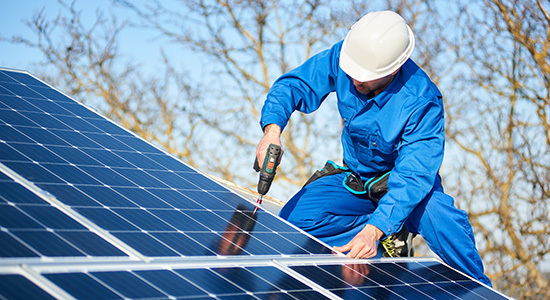 Keeping up with the transition
Investment manager consultancy bfinance last week published its latest insights into renewable energy and the sector has, it said, undergone “substantial changes” since bfinance last produced a similar report in 2019. The full report can be downloaded here, but here are some key takeaways:

CMA ruling to get UK taps running again
More than a year after UK water quartet Anglian Water, Bristol Water, Northumbrian Water and Yorkshire Water appealed regulator Ofwat’s price controls, the matter has been drawn to a close after the Competition and Markets Authority ruled in their favour.

In September, the CMA provisionally reversed Ofwat’s 2.96 percent allowed return to 3.5 percent – the final ruling last week brought this down to 3.2 percent.

While the matter is now finally settled, it’s not quite water under the bridge.

“The CMA’s decision provides greater certainty to the water sector and to the UK regulated utility sector in general. This helps confirm the value of regulated utility assets, potentially paving the way for a number of deals and transactions to take place,” Colm Gibson, head of economic regulation at the Berkeley Research Group, told The Pipeline.

Less impressed was Martin Malinowski, regulatory economist at Ofwat, who wrote that “if CMA appeals become part of the plan from the outset, economic regulation has probably had its day”.

The only surprise about this fundraise, which collected commitments for investments throughout Europe and the US, is how soon it came after MEAG’s first foray into the infra credit space. The investor launched MEAG Infrastructure Debt Fund II around seven months ago, just a year after closing the fund’s predecessor on €660 million.

MEAG’s secret sauce is its affiliation with Munich Re, which gives “a big competitive advantage”, according to Thomas Bayerl, the firm’s head of illiquid assets debt.

Acciona’s Bestinver in €100m first close for maiden fund
Spanish asset manager Bestinver is also benefiting from its parent, Acciona, having reached a €100 million first close for its debut global infrastructure fund, four months after starting fundraising. Bestinver Infra FCR, targeting around €300 million, has received commitments from both institutional and retail investors, with 60 percent coming from existing LPs. It aims to wrap up fundraising in the next 12 months.

Wasting little time, Bestinver expects to close on its first investments in the coming weeks. They include a 5 percent stake in a global renewables portfolio and minority interests in a highway and two hospitals, all in Spain. Head of infrastructure Francisco del Pozo, an infra veteran who spent nine years at Macquarie, said: “Being part of Acciona has granted us access to very high-quality assets that act as the fund’s base investments.”

Bestinver, which manages over €6.4 billion, wants its infra AUM to hit €1.5 billion over the next five years.

Are infra GPs adequately measuring covid’s impact on their portfolios?
Members of the Infrastructure Investor Global Passport will be meeting Wednesday this week to answer: has the market accurately assessed infrastructure valuations throughout the pandemic? On hand will be MetLife’s director of European Infrastructure Annette Bannister, Local Pensions Partnership’s head of asset management Colin Simpson, Arjun Infrastructure Partners’ partner and head of research Serkan Bahçeci and EDHECinfra director Frederic Blanc-Brude, live with a whiteboard from his house! To join, visit https://bit.ly/3cGuVNn.

Caroline Harris, vice-president of tax policy at the US Chamber of Commerce, sums up the thoughts of every policymaker for Axios

Saint-Olive has been with the bank since 2000 in a number of roles and in various regions. Most recently, he was head of syndication/distribution for infrastructure and energy finance in EMEA, within Natixis’ Global Credit Syndicate business line.

He has more than 20 years of international banking experience in origination and distribution of structured and project finance in shipping, transportation and trade finance. In his new role, which he assumed on 1 March, he will report to de Giafferri.

Infrastructure finance was noted as the primary driver of a growth in revenues for the bank’s global financing division in Q4 2020, Natixis said last month.

Super-sized merger
Consolidation in the Australian superannuation sector continue apace, as Queensland-based funds QSuper and Sunsuper last week confirmed that they have reached agreement on a merger.

After more than a year of talks, the move will create Australia’s largest superfund with approximately A$200 billion ($155 billion; €130 billion) in assets under management. That will place the combined entity ahead of the current largest fund, AustralianSuper, which had around A$185 billion in AUM as at 30 June 2020.

Both funds have substantial infrastructure holdings but have only worked with a handful of managers. We interviewed QSuper CIO Charles Woodhouse in 2019 about its highly selective approach to manager recruitment. Essentially, QSuper only works with three infrastructure fund managers, despite having a portfolio worth more than A$10 billion, including a stake in Heathrow Airport.

Sunsuper, meanwhile, had infrastructure investments worth just over A$5.3 billion as at 30 June 2020, and its five infrastructure GPs listed in its 2020 annual report do not overlap with QSuper’s trusted trio. 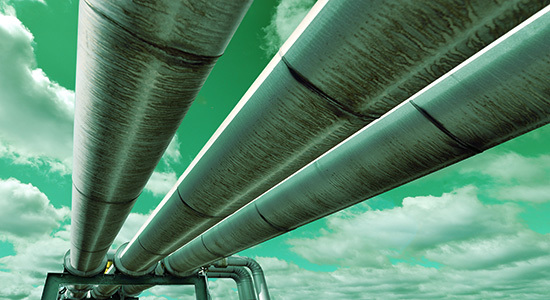 BlackRock partnership to make pipelines clean
BlackRock is partnering with a leader in the oil and natural gas industry to bring carbon-capture technology to pipeline systems in the US.

Along with Valero Energy, BlackRock is teaming up with Navigator Energy Services to bring carbon dioxide gathering and transportation pipelines to five Midwest states spanning more than 1,200 miles. Investing from its Global Energy and Power Infrastructure Fund III, the firm said the partnership represents “a long-term, economic path to materially reduce their carbon footprint while maximising the value of their end-product”.

BlackRock’s real assets chief Jim Barry hinted at such deals in an interview with us in February, adding the GEPIF series was shifting to a “more general infrastructure positioning”.