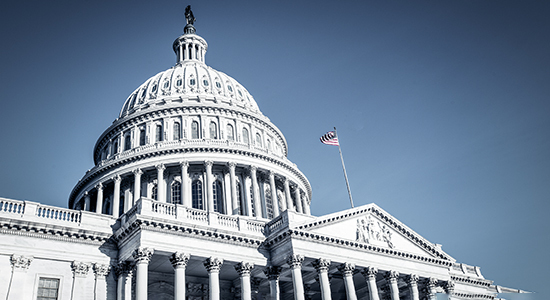 Following years of false hopes – and many ‘Infrastructure Weeks’ – this could finally be the moment investors have waited for. The Biden administration has already primed the political debate by tying recovery efforts from a once-in-a-century crisis to the need for the country to fix the problems in its own backyard.

The price tag for the reform bill is likely to be around $2 trillion, though Senator Joe Manchin, possibly the most important Congressional voice in the conversation as a swing-vote senator, said last week that the total could reach $4 trillion. In an interview with Axios¸ Manchin said he was holding two positions regarding infrastructure reform: 1) supporting a plan that doesn’t increase the US deficit, and 2) drawing support from Republicans, who have traditionally been more private-sector friendly. The stage is set for the debate to begin. But, as investors know from experience, everything and nothing are both possible outcomes.

The group last week floated Digital 9 Infrastructure, another London-listed vehicle, which is aiming to raise £400 million. Targeting a 10 percent net annual return, it will be looking to invest in subsea fibre, data centres, terrestrial fibre, tower infrastructure and small-cell networks. It has already agreed to acquire Aqua Comms, owner and operator of 14,300km of trans-Atlantic sub-sea fibre systems.

Digital infrastructure yieldcos? We’ve been here before with renewables, in yet another example of how the two sub-sectors keep mirroring each other within the infrastructure asset class.

Credit is due for Digital Colony
The first mover in digital infrastructure funds is already moving on to the next stage. Marc Ganzi, the digital infra veteran at the helm of Colony Capital and subsidiary Digital Colony, revealed late last month that the firm is building out a credit-focused strategy.

An official fundraise “doesn’t exist yet,” he added, but the firm has built a pipeline of 19 potential transactions that would include first- and second-lien lending, mezzanine loans, subordinated debt and preferred securities. “We’re pursuing deals that, candidly, our equity funds cannot pursue,” Ganzi said. The strategy is led by managing director Thomas Yanagi.

The focus on credit comes as the firm continues to raise its second equity fund, which has amassed about $4.1 billion after launching last year.

Who are the most influential women in private markets?
We’ve opened the call for nominations for our inaugural Women of Influence list. The cross-asset class list recognises influential and pioneering women who have achieved something notable over the last 12 months. Submit your nominations by 6 April for women working at GPs, LPs and advisory firms across private markets. The final list will be published in July across Infrastructure Investor and sister titles PERE, Private Debt Investor, Private Equity International and Venture Capital Journal.

“Care homes have tended to be good PE investments, but it does come with potential reputational risk”

A potential buyer of such assets tells sister publication Secondaries Investor of their reservations, adding that scrutiny has increased because of covid-19

Backing the right horse
OMERS Infrastructure, the infra investment arm of Canadian pension OMERS, has made three new senior appointments. Gisele Everett has taken on the role of senior managing director, Americas, after joining the business in 2019. Alistair Hall has also been appointed senior managing director and global head of investment strategy and partnerships, based in London.

The hires are an affirmation of the pension fund’s highest-performing asset class in 2020. According to OMERS’ results, released last month, infrastructure generated an 8.6 percent return, down from 8.7 percent in 2019. Private equity and real estate returned -8.4 percent and -11.4 percent respectively. Stable and defensive indeed.

By partnering with Octopus, which invests in UK renewables, the pension provider is executing on two of the three strategies it identified as targets in January 2020, when it launched a procurement process for the hiring of infra equity managers.

A Nest spokesman told The Pipeline that it was also “on the cusp of announcing two more managers in the coming weeks,” focusing on UK infrastructure and on core/core-plus globally. Nest expects infrastructure equity to comprise around 5 percent of its total portfolio “within a few years”, he added.

The Octopus commitment comes as Nest last week joined other LPs in the Institutional Investors Group on Climate Change’s Net Zero Investment Framework – or ‘Nest-zero’, if you like. 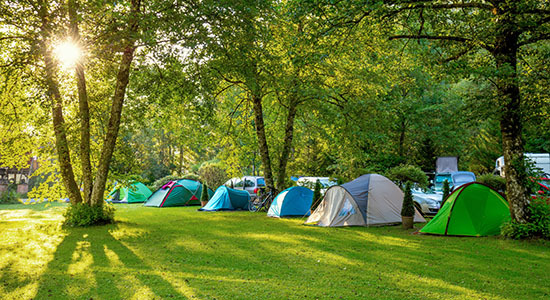 InfraVia are happy campers
French manager InfraVia Capital Partners, recipient of our inaugural Innovator of the Year award, has taken its pioneer role to heart with its latest deal, pitching its tent – literally – in the outdoor accommodation sector, aka, campsites. The unusual ‘infracamping’ deal sees it acquire a majority stake in Sandaya from Apax Partners. Founded in 2011, Sandaya operates 30 campsites across France, Spain and Belgium. InfraVia said the deal was “perfectly in line with its strategy of investing in infrastructure that can resist an economic downturn”. Chief executive Vincent Levita added that the outdoor accommodation sector was “protected by high barriers to entry” (though not to the campers, one would hope).

Tourism infrastructure seems to be on European managers’ minds these days. Recently, The Pipeline learned that another GP had been mulling an investment in ski lifts – undoubtedly, a piece of critical infrastructure in your modern ski resort.

Given the lockdowns across the continent, it seems like European GPs are definitely ready for a break.

Macquarie, Aware Super have digital in Vocus
Tourism infrastructure may be at a more nascent stage, but digital continues to bring in the big dollars.

Macquarie Infrastructure and Real Assets, in partnership with Aware Super, has agreed to acquire 100 percent of Australian Securities Exchange-listed fibre business Vocus for A$5.50 ($4.28; €3.57) per share. The deal has an equity value of A$3.5 billion and an enterprise value of A$4.6 billion.

As well as owning and operating an extensive fibre network in Australia and New Zealand, Vocus has a retail broadband arm. It will be interesting to see if the MIRA-Aware JV decides to retain that part of the business or sell it off –  especially since the privatisation of Australia’s National Broadband Network, which is expected to occur at some point in the next few years, comes with a government promise that vertically integrated businesses (i.e. retailers) will not be able to bid.