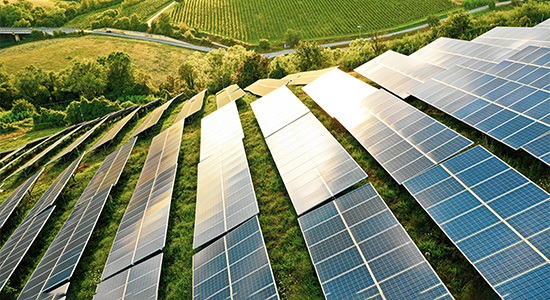 Let the sunshine in
Solar energy has the potential to generate more electricity in 2035 than all homes consume today in the US, the Department of Energy concluded in a study released last week. Making that happen, however, requires several other steps, including “a massive deployment of renewable energy sources”. According to the Solar Futures Study, the US must install an average of 30GW of solar capacity every year between now and 2025 and double that amount from 2025 through 2030, annually.

Tools that increase grid flexibility, such as storage, inverters and microgrids will also play a role in increasing and maintaining grid reliability, enabling wind and solar to provide 75 percent of electricity by 2035 and 90 percent by 2050.

As for the cost, the DOE concludes that it will be offset by the savings resulting from lower-carbon emissions and health benefits due to improved air quality, ranging from $1.1 trillion to $1.7 trillion. But a combination of limits on carbon emissions and incentives for clean energy investment is needed. Without supportive policies, the US will only decarbonise 60 percent of the grid, the DOE concluded.

With the bipartisan infrastructure bill still alive, there is a ray of hope the DOE’s projections can be achieved.

Muddy waters
Well, that’s a bit awkward. After recently writing about the UK water industry’s repeated problems with dumping sewage into the rivers and seas – and the record-breaking fines that’s led to – we’re now faced with a scenario where the UK government is actually telling these firms to go ahead and do just that.

Turns out sewage treatment chemicals are scarce, a consequence of the UK’s chronic lorry driver shortage, itself a result of Brexit and the pandemic (the new chemical brothers). This “unavoidable supply chain failure”, the government explained, means wastewater plants in England are free to discharge untreated sewage under certain circumstances, with the written consent of the Environment Agency. Mercifully, the waiver does not apply to the worst types of sewage, where the EA deems the risk “too great”.

The new policy will stay in place until the end of the year, “unless we extend it”, the EA said.

Right, but maybe don’t extend it for too long?

Smart cities to the masses
APG Asset Management has doubled its commitment to the Smart City Infrastructure Fund managed by Whitehelm Capital, ploughing a further €500 million into the vehicle following its initial €250 million commitment in November 2018.

The initial capital has been fully deployed in four investments into networks designed to bring connected street lighting, advanced building management, smart utility and sustainable urban mobility to cities predominantly in the US.

That’s set to be scaled even further with APG’s additional €500 million in what the pair described as the second “funding round”. With all the funds so far committed by APG, the whip-round won’t have taken long. However, a spokesperson for Whitehelm told The Pipeline that it “will consider external investors in the future beyond APG”.

The strategy is a direct follow-on to BSIF I – which closed in 2020 on £300 million – although the second fund has a more explicit sustainability focus, with positive ESG impact “a key driver of every investment decision”, the firm said in a statement.

This first close was reserved exclusively for BSIF I’s existing LPs, with the £100 million total coming entirely from Worcestershire Pension Fund and Teesside Pension Fund. Gresham House will now seek further capital from BSIF I LPs alongside other UK and international investors this year and early next year.

The Oxfordshire County Council Pension Fund reflects on how, despite decades of engagement, renewables investment by Shell is currently only around 10 percent relative to its total fossil fuels capex.

Offutt leaves UBS to lead Morrison & Co’s NA business
Industry veteran Perry Offutt will become Morrison & Co’s new head of North America as of mid-October, the manager announced. He joins from UBS Asset Management, where he held the role of head of infrastructure Americas since 2018. Prior to that, he was a managing director in Macquarie Infrastructure and Real Assets’ North American team.

Offutt joins at a time of international expansion for Morrison & Co, which opened a New York office last year to expand across North America. The manager has already been investing in US renewables since 2016 and has three decades of global infrastructure investment experience under its belt.

In a statement, Offutt says he was looking forward “to building upon Morrison & Co’s long and successful track record of ‘investing wisely in ideas that matter’”. He will join William Smales, global head of private markets, who’s also based in the New York office.

Founded in 1988, Morrison & Co has some $16 billion in funds under management as at 1 September.

The price is certainly not right
Are LPs caught in a catch-22 situation when it comes to renewables? The proliferation of renewables-dedicated funds and the growing interest in the sector have provided plenty of opportunities for LPs and GPs alike, although valuations remain a thorny issue.

“Q2 marked another quarter of increased pricing in the renewable energy space,” stated a report from the UK’s Brunel Pension Partnership. “We are hearing from numerous specialist renewable managers how difficult it is to deploy money prudently, given the weight of capital chasing opportunities and ever more aggressive and optimistic assumptions required to justify these pricing levels. We are alive to this issue and will continue to monitor and report back on this situation.”

The pension pool has had no shortage of deployment of its own funds, investing in renewables vehicles managed by Brookfield, Macquarie, Copenhagen Infrastructure Partners and Capital Dynamics. Putting those funds to work, however, is seemingly a little harder for the GPs.

CalSTRS commits to net-zero by 2050
Despite some of the deployment hurdles mentioned above, California State Teachers’ Retirement System unveiled a roadmap earlier this month to make its investment portfolio net-zero by 2050, in line with the Paris Agreement, affiliate title New Private Markets reported. The framework involves:

The latest move builds upon an investment thesis the pension adopted last year, whereby risks associated with climate change will have a material impact on the value of CalSTRS’ investment portfolio. In March, the retirement system said it would commit $150 million every year to sustainable PE co-investments in low carbon solutions. 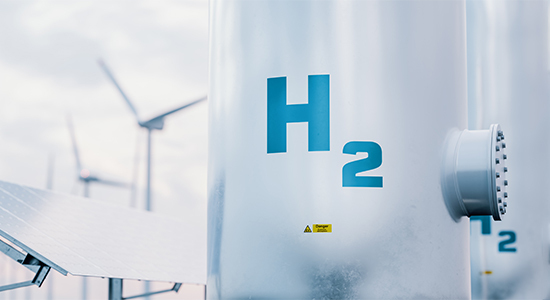 I Squared joins the hydrogen ‘green rush’
Hydrogen continues to be an area of interest for adventurous investors, with I Squared Capital now among them.

The fund manager has partnered with Chart Industries, a manufacturer of liquefaction and cryogenic equipment serving the energy sector, to invest in HTEC Hydrogen Technology & Energy Corporation, a firm that designs, builds and operates hydrogen infrastructure in Canada.

Chart previously owned a 15.6 percent stake in HTEC, expanding its stake to 25 percent as part of the deal with I Squared. The latter, meanwhile, has taken a 35 percent stake, investing from its latest flagship fund, giving the partnership majority control.

The investment “provides HTEC with significant capital to fund new green hydrogen production projects and to expand its hydrogen fuelling station portfolio serving both the light-duty and heavy-duty markets”, per a joint statement from the three companies.