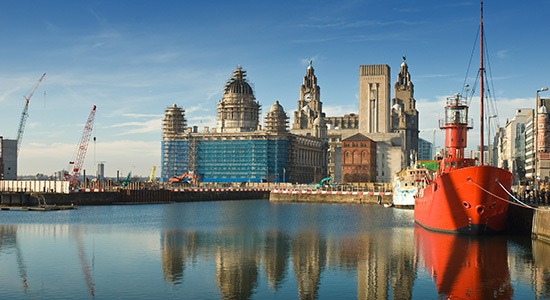 All aboard DWS’s Peel Ports continuation fund
We analysed the prospects for ‘win-win-win’ continuation funds back in September 2019, and DWS is the latest infrastructure player to try its hand in this nascent market.

The group revealed in its earnings call earlier this month that it was setting up a continuation fund for its 2007-vintage Pan-European Infrastructure Fund I, which still owns stakes in the Port of Lubeck in Germany and the UK’s Yorkshire Water and Peel Ports. However, a source told The Pipeline that only the latter asset will be heading into the continuation vehicle, a process being run by Credit Suisse, while DWS will no longer charge management fees on the other two and continue to look for buyers. PEIF I was a €2.1 billion, 10-year fund plus three one-year extensions.

The source said that about half of PEIF 1’s LPs are set to invest in the continuation vehicle, with a number of others thought to be mulling the move. The fund is said to be the result of the LPs wanting continued access to Peel Ports, which has weathered well storms such as covid-19 and Brexit.

The in-demand DWS is also close to its €3 billion hard-cap for PEIF III, with a final close expected in H1.

Brookfield’s $7.5bn energy transition fund takes shape
Former Bank of England governor Mark Carney is pressing ahead with his energy-transition fund at Brookfield Asset Management, with a $7.5 billion target emerging alongside a $2 billion commitment from Brookfield itself. The Brookfield Global Transition Fund will focus on renewable generation as well as helping businesses cut emissions. “We are in an envious position of being carbon-zero across our entire $600 billion asset footprint,” chief executive Bruce Flatt remarked during Brookfield’s latest earnings call. “As a result, we are well-positioned to assist others with this transition.”

The energy transition fund will be part of what Brookfield hopes will be a $100 billion war chest for its latest round of flagship fundraises. Its most recent flagship infra fund raised a whopping $20 billion last year, with a follow-up expected to launch in approximately the next 12 months, CFO Nicholas Goodman told analysts.

Brookfield is bullish on the asset class and its global rate of growth, with Flatt having argued that the “less drama” there is, the better. “Because when there are big plans, often nothing happens,” he said. “And therefore just the slow and steady monetisation of infrastructure is the best way the countries can get it done.”

The industry specialist, a division of the legacy real estate firm Colony Capital, has received plenty of re-up commitments to the $6 billion fund from familiar LPs, many having committed to the $4.05 billion Digital Colony Partners I.

The war chest DC is assembling for investing in fibre cables, data centres and telecom towers will enable the firm to hold its place as a powerhouse at the top of the quickly expanding digital infrastructure market. But as one of the hottest investment sectors across asset classes, the firm is likely to face stiffer competition on the fundraising trail and the marketplace.

Double-digit returns can’t stave off midstream worries
Midstream assets were already having something of a moment before the pandemic struck, a sentiment exacerbated by covid, as we examined last year.

However, a couple of Australian LPs with midstream exposure have told The Pipeline they are delighted with the returns they have seen from these assets in the last year, touting figures in the region of 12-15 percent, with IFM Investors’ Buckeye Partners acquisition cited as particularly successful.

The investors both said, however, that they would be reluctant to gain further exposure to such assets because, notwithstanding the high returns, the stranded asset risk is too high.

We reported recently that no-one in the US seems to be able to give a straight answer on how long natural gas will survive as a bridging fuel in the energy transition. It seems that some LPs are already making up their minds.

Passport goes Down Under
Australian supers will be sharing their thinking and outlook at the third Infrastructure Investor Global Passport networking get-together on 24 February. It’s your chance to question Cbus’s head of infrastructure, Alexandra Campbell, HESTA’s general manager of unlisted assets, Will MacAulay, and Aware Super’s assistant portfolio manager, Brent Snow. Hosted by our own Daniel Kemp, it’s the latest in a year-long programme of networking workshops, conferences, interviews and panels we’re hosting for Passport members. Find out more here.

Brookfield brings some home truths about the energy transition to Inter Pipeline, which it is trying to take over

Aviva quartet joins Berry at River and Mercantile
Less than a month after the London-based asset manager and advisory firm hired former Aviva Investors’ head of infrastructure equity Ian Berry to launch its new infrastructure business, River & Mercantile announced last week that four more of Berry’s former colleagues would be joining him in “the coming months”.

The firm’s first infrastructure investment initiative will be the launch of an infrastructure equity fund, R&M reiterated in its latest statement, with a “range of infrastructure strategies” to be launched over time. It told us last month it would be targeting deals in small-scale wind and solar, energy-from-waste and fibre networks. 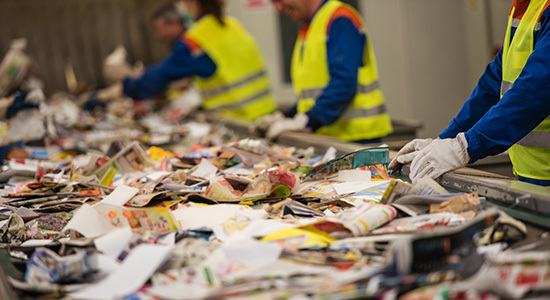 Home comforts for Macquarie
If you missed our exclusive on Friday, Leigh Harrison is the new global head at Macquarie Infrastructure and Real Assets and he takes over a platform in an acquisitive mood.

Macquarie Group published an operational briefing to shareholders last week and the firm said MIRA has A$25.7 billion ($19.8 billion; €16.4 billion) of dry powder to deploy. It is certainly not shying away from its home market as it puts this money to work.

MIRA has been getting involved in two significant take-private bids that are both being considered by the listed firms’ respective boards. The first is a bid for recycling firm Bingo Industries led by CPE Capital that emerged in January, with another MIRA fund on board as co-investor, that would be worth around A$2.6 billion if successful. This month MIRA was also revealed as a bidder for fibre business Vocus in what would be a A$3.4 billion deal, this time going alone.

Australian investors have told us that the market for deals Down Under has heated up after a covid slowdown, and MIRA seems to be at the heart of it.