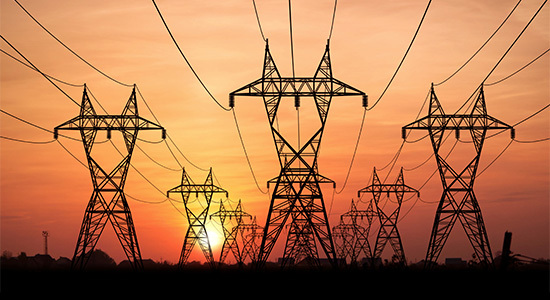 EQT jumps on the core infra bandwagon
Renewed demand for core infrastructure and longer-term funds shows little sign of letting up. Swedish private equity giant EQT, traditionally a core-plus infrastructure player, looks set to be the latest to board this train, with the group noting in its latest results that preparations for an “Infrastructure Core strategy” are underway.

“This is early days but we currently expect that the longer-hold strategy in private capital and the potential infrastructure core strategy over time will constitute about €10 billion of AUM in total,” chief executive Christian Sinding said last week, as reported by affiliate title Private Equity International (subscription required).

He added that the Infrastructure Core and longer-hold private capital vehicles will have “slightly lower returns with lower risk, with strong value creation over the long term”.

Generate raises $2bn for sustainable infra-as-a-service
It may not be a fund, but Generate Capital can sure raise money like one. Witness its latest $2 billion equity raise – led by existing investors QIC and AustralianSuper – which attracted commitments from new investors including Harbert Management Corporation, Aware Super and CBRE Caledon. Repeat investors such as AP2, the UK’s Railways Pension and The Wellcome Trust also made an appearance, alongside other institutional investors from Australia, the US and Europe, the firm said.

Founded in 2014, Generate has deployed an infrastructure-as-a-service model to build a $2 billion global portfolio of more than 2,000 infra assets across energy, waste, water and transport projects. CEO Scott Jacobs told CNBC that Generate focuses on transactions others might not fund, including small deals and early-stage technologies.

“We have had great success attracting institutional investors because this is a very compelling investment return profile relative to the risk undertaken,” Jacobs said, noting all of its fundraising rounds have been oversubscribed.

This year it has also doubled its staff count and in March it launched Generate Credit, which focuses on loans to green projects and firms.

Focusing on mid-market assets in OECD countries, the vehicle has already committed more than 35 percent of its capital to a portfolio of five assets. Its latest acquisition was of the UK’s Quickline Communications, a provider of ultrafast broadband to rural and hard-to-reach areas. What’s more, the new fund has “strong momentum in our deal pipeline”, said Northleaf co-head of infra, Jamie Storrow.

‘Teseting’ the waters
Last week, we brought you news of two first-time renewables funds in Spain. Now, Madrid has another newcomer on board following the launch of Teset Capital by former I Squared Capital VP José Arango, alongside Javier Zabala and Ángel Escudero, both formerly from the infrastructure unit of Madrid-based GED Capital. Arango was also chairman of former I Squared portfolio company T-Solar, the renewables developer sold to Cubico last year.

The trio have begun fundraising for Teset Infrastructure Fund I, which is targeting €400 million and which has already raised €100 million. The fund is set to target deals across Europe in the energy, transport, telecoms, social infra and environment sectors.

Seems like Spain is certainly feeling the infrastructure heat this summer.

Final week for II 100 submissions
As you know, we are repositioning our flagship ranking of the world’s 50 largest equity GPs for the 2020s, which is why this year we’ve decided to upsize it to the Infrastructure Investor 100 and add another 50 GPs to our list. This is the final week to get in front of our research and analytics team, so email your submissions to Tom Zimmermann (tom.z@peimedia.com) by 30 July. You can download the submissions form and full methodology here.

“Our $14 billion infrastructure vehicle… is now over 70 percent committed. We expect to reopen fundraising in the next few months”

Newfield, who joined the firm in 2008 and was previously its chief investment officer, will commence his new role on 1 January 2022, replacing Marko Bogoievski who, after 13 years as CEO, is set to step down at the end of the year. Bogoievski is expected to continue with the firm as an operating partner.

In a statement, chairman Rob Morrison welcomed the “new perspective” Newfield would bring as only the third CEO to lead Morrison & Co since the firm was founded in New Zealand in 1988.

Setting his sights on continuing to build on the firm’s growth overseas, which now includes teams in London, New York and Hong Kong, Newfield said: “My focus will be on growing this global platform further to deliver outstanding investment opportunities for our clients.”

With an initial commitment of £435 million from five client pension funds when it launched in March, the fund received an additional commitment of £247.5 million this month from five more client pension funds. It has so far made investments in funds managed by BlackRock, Foresight Group and Quinbrook Infrastructure Partners, focusing on greenfield and brownfield renewable energy infrastructure assets.

LCIV chief executive Mike O’Donnell welcomed the recently added client funds, noting in a statement that the fund of funds was “one of our most successful LCIV fund launches to date”.

That’ll be another resounding endorsement for renewables. 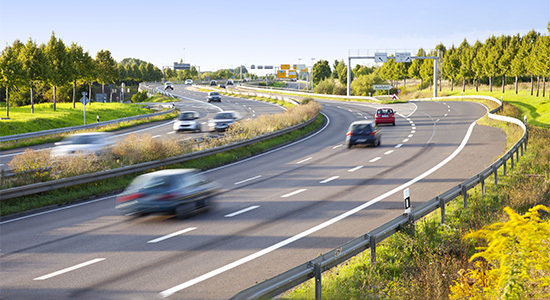 Road PPPs driving dealflow
Lockdowns may be the talk of many towns again, but the roads sector is motoring on. First, Vinci Concessions has been awarded a 30-year public-private partnership contract for a new federal road in Germany – the first federal road awarded to a private operator under a PPP arrangement.

Representing a total investment of around €500 million, the PPP will cover all phases of the 14-mile (22km) road linking the cities of Mühlhausen and Bad Langensalza in east-central Germany.

Patria Infrastructure Fund IV will be committing up to $345 million for both projects – a 221-mile (356km) toll road network surrounding Cali, the country’s third largest city, and a 301-mile (484km) toll road in southeast Colombia between Neiva and Santana.

Who said PPPs were dead?