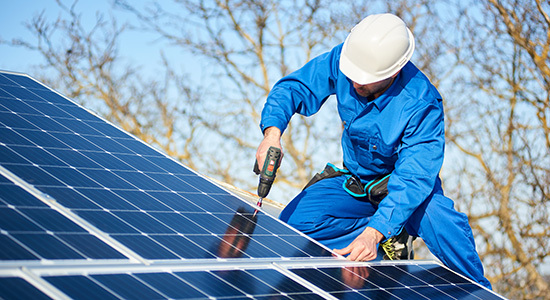 Better late than never for EQT
EQT last week announced that its EQT Infrastructure V fund was launching a takeover of Solarpack, with the €26.50-per-share offer amounting to a deal worth around €881 million. Having developed 1.3GW of projects since 2005 and owning around 450MW, it shouldn’t be a surprise to see the Spanish solar developer being chased by one of infrastructure’s largest GPs.

Except this is only EQT’s second renewables investment, after a joint venture with Temasek to create O2 Power in India last year. Indeed, it was head of real assets Lennart Blecher who told us in 2017 that “you don’t see much of renewables or things like that in our portfolio” because “we are focusing on buying assets where we can do something operationally”. In the same interview, Blecher said he didn’t want to do developing or emerging markets because “I’ve lost my hair and become grey by developing private power projects in India with ABB”.

It’s a good job, then, that Solarpack develops sites primarily in Spain and Chile, as well as India.

Prime Capital in €342m third close for ‘impactful’ Green Energy fund
One manager that certainly is convinced by renewables is Germany’s Prime Capital. One year after it launched, the firm’s wind-focused Prime Green Energy Infrastructure Fund is enjoying some good tailwinds, having held a €342 million third close. PGEIF has also completed its second investment – a 192MW Finnish project, acquired from CPC Germania – thereby taking its deployed capital to circa €230 million. The fund’s seed investment – the 372MW Björnberget onshore project – won our 2020 Global and European Deal of The Year awards. The vehicle, which is aiming to raise €500 million, targets late-stage development assets through a value-add strategy.

Fundraising aside, PGEIF is also fully aligned with the EU’s new SFDR taxonomy, having been designated “as an impact (Article 9) fund”, according to Prime Capital. Racking up the plaudits, the firm said the vehicle was also “the first infrastructure equity fund that received a Second Party Opinion from Sustainalytics”, a global ESG ratings provider.

Infra’s ‘unbelievably good’ returns? Not believable
Investors who might be inclined to take a good-looking return profile at face value would do well to look a little closer, according to EDHECinfra.

In a recent article for the FT, the Singapore-based research institute said the high levels of returns reported by many unlisted infrastructure equity funds were simply too good to be true, and that a higher level of volatility was required to produce those returns than is usually reported.

The reason for these “unbelievably good” returns? According to EDHECinfra, the volatility of appraisal net asset values “is off by an order of magnitude”, leading to infrastructure portfolios looking like much better deals than they are.

Investors who don’t want to go in blind should be looking at fair market valuations, which reflect the price of risk, the institute said. And they needn’t worry about not liking what they see: even after the risks have been taken into account, unlisted infrastructure equity and debt “remain very attractive investments”.

All’s well that ends well, then.

Send us your submissions for the II 100
As we settle into the 2020s, infrastructure is attracting record amounts of institutional capital. So, we think it’s the perfect time to reposition our flagship ranking of the world’s largest equity GPs for this decade, which is why this year we’ve decided to upsize it to the Infrastructure Investor 100. By adding another 50 firms to the list, we aim to produce the definitive ranking of infrastructure’s top global equity GPs.

Our research and analytics team will kick off research for the ranking shortly. However, we want to give you an early opportunity to get in front of them, so email your submissions to Tom Zimmermann (tom.z@peimedia.com) by 30 July. You can download the submissions form and full methodology here.

Help us make the II 100 the most comprehensive, up-to-date list of infrastructure’s top global equity GPs.

“I can see why at this stage in his career he is doing it. His background is an engineer. He likes fixing things. I suspect he thinks there is an opportunity to fix AMP Capital”

Sperling-Tyler has spent about 16 years in the agency’s infrastructure ratings team – although the past 12 months would have been like no other, with some of her particular expertise centring on Europe’s major ports and airports, rail and rolling stock companies, and toll roads.

According to an M&G statement, Sperling-Tyler also has extensive ESG experience, “having contributed to the S&P Sustainable Finance team’s environmental and climate risk research in the infrastructure sector”. 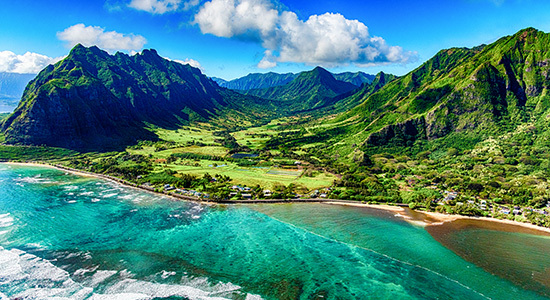 Drop the MIC
The New York-listed Macquarie Infrastructure Corporation has sold MIC Hawaii, a regulated gas utility, to Argo Infrastructure Partners in a deal with an enterprise value of $514 million and a 12.9x EBITDA multiple.

Following the bumper $3.5 billion sale of Atlantic Aviation to KKR, MIC Hawaii was the last asset owned by the platform. Its sale completes a process begun early last year. MIC, launched as Macquarie Infrastructure Company in 2004, will now be transformed into a limited liability company as part of a process agreed in May.

Christopher Frost, chief executive of MIC, said in a statement that the platform had “delivered on our commitments and will return net proceeds to shareholders of $52.18 per share”, a 35 percent premium on the share price when it first announced a possible sales process in 2018.

Europe plugs in
Digital infrastructure was the focus in Europe last week as Allianz Capital Partners acquired a 10 percent stake in American Towers Corporation’s European arm. The transaction was valued at more than €530 million, reinforcing an enterprise value of more than €8.8 billion for ATC Europe.

The deal, funded by Allianz insurance companies and its European Infrastructure Fund, will see Allianz partner with ATC Europe in a similar vein to Caisse de dépôt et placement du Québec, when it acquired a 30 percent stake in the platform in May. It will give Allianz seats on ATC Europe’s board, as well as certain governance rights, while American Towers retains managerial and operational control.

Meanwhile, the KKR-owned European data centre platform Global Technical Realty has reached an agreement with SEGRO to develop a data centre campus in Slough. It will be GTR’s first investment in the UK since the platform’s launch last year, with KKR’s investment coming “primarily” from its Global Infrastructure Investors III, the firm said.