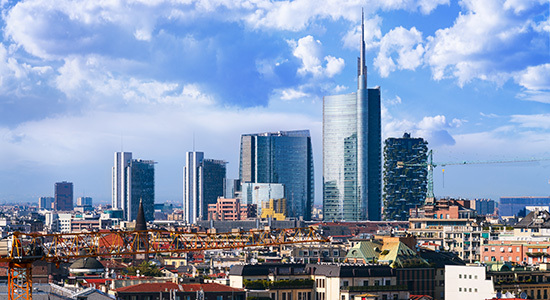 F2i’s €900m Italian job for fifth fund
Italian manager F2i is back in market with its fifth fund, raising 60 percent of its €1.5 billion target at first close at the end of last week. The €900 million was collected solely from Italian LPs, with the firm stating that foreign investors are expected to comprise 40-50 percent at final close.

There is set to be plenty of opportunity, with the €248 billion plan slated as Europe’s largest to date. There’s further encouragement for an Italy-focused strategy, with DWS pointing out this month that private infrastructure valuations in the country have historically been below the European average – and the differential with Europe has widened even further recently.

No wonder investors have piled in, then.

Biden’s cyber-plan
President Joe Biden has responded to the Colonial Pipeline hack, which saw its owners (including IFM Investors) pay out $5 million in ransom money, by making increased cybersecurity protections for infrastructure a “top priority”, according to a statement by the White House.

Calling the issue one of the “pre-eminent challenges of our time”, the Biden Administration’s American Jobs Plan has been tweaked to allocate resources to cyber-defence.

Specifically, the plan will include $20 billion for energy infrastructure investments for state, local and tribal governments that will be contingent on “cyber-modernisation”. The federal money will be doled out in block grants to support critical infrastructure such as grid resilience measures, clean electricity and general “cybersecurity efforts”.

The administration hopes it will foster more private investment. Following the negative headlines prompted by the Colonial hack, we suspect investors will welcome anything that could help them avoid a future hit to their wallets.

Naturgy’s Spanish opposition
IFM Investors’ €5 billion bid for up to 22.7 percent of the shares in Spain-listed energy distribution and renewables giant Naturgy has become a little more uncertain in the past week.

The Spanish government is reportedly weighing up how to prevent a company that owns such critical infrastructure from falling into foreign hands. But now CriteriaCaixa, the investment company of Spanish bank La Caixa, has announced its intention to “strengthen” its position in Naturgy, from 24.8 percent to just under 30 percent, the threshold by which it would be forced to launch a takeover for the whole business.

It cited the fact that dividends from Naturgy cover half the expenses of La Caixa’s welfare projects each year as the main reason for its decision to “defend its interests” in the company and “prevent the sale of Naturgy businesses without first ensuring that the proceeds are suitably reinvested”, per a statement.

This wouldn’t be enough to block IFM, whose bid will go ahead if it can secure approval to buy a 17 percent stake. But the Caixa strategy will surely appeal to a nervy Spanish government.

France says ‘non’ to Ardian pipeline takeover
After spending most of 2021 battling and eventually withdrawing from the Suez saga, Ardian has stumbled across a new domestic roadblock: l’Autorité de la concurrence, France’s competition and markets authority.

The watchdog had been examining since December Ardian’s agreement to become majority shareholder of Société du Pipeline Méditerranée Rhône, a 760km French oil pipeline in which it bought a 44 percent stake in July 2017. Six months on, it has decided to block the transaction. Its reasoning? Well, l’Autorité preferred the existing arrangement, where there is no majority shareholder and pricing decisions must be agreed between a number of parties, including oil companies that were beneficiaries of the pipeline.

“Ardian, who is not a user, would have had an interest in increasing prices more significantly, by making full use of the PMR’s monopoly situation. In the same vein, to maximise its profits, Ardian could have decided to degrade the quality of services offered by the PMR or limit investments,” it stated.

A perhaps exasperated Ardian declined to comment on the allegations.

John Ritter, managing director at the University of California Board of Regents, tells attendees at Infrastructure Investor’s Global Passport Deep Dive on digital infrastructure about his desire for sector specialists.

Christoph Schumacher, who most recently headed up real estate for Credit Suisse Asset Management globally, will be tasked with overseeing $42.9 billion in assets under management in the newly-created role.

With the heads of each of the firm’s real asset teams reporting to Schumacher, the firm hopes his previous experience leading global real estate and infrastructure strategies will see him well-equipped to integrate its real asset investment capabilities across infrastructure, real estate, timber and agriculture.

MIM’s global head of private markets Steve Blewitt said growing client demand “across a broad range of alternative asset classes” was a key factor behind its decision to “unify and collectively grow” its real assets business. With the hire coming in the same week as MIM being granted status in Europe as an Alternative Investment Fund Manager, that demand is only set to grow further. 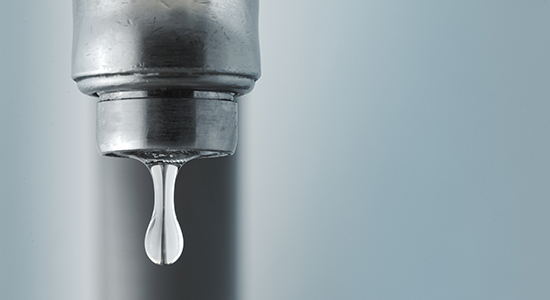 GIP and Meridiam tie the knot on Suez
Last week finally saw the agreement between French water and waste giants Veolia and Suez – which will see Veolia pay €20.50 per share for the 70 percent of Suez it does not already own – in a deal with an enterprise value of about €26 billion.

So what of New Suez, the international business which prompted Meridiam to raise €8 billion to acquire via a single-asset fund? Well, the French manager will hold 40 percent of the vehicle with Global Infrastructure Partners, which has stayed in the race without its previous bedfellow Ardian, owning another 40 percent. France’s public investment arm Caisse des Dépôts et Consignations and insurer CNP Assurances will own the remainder of the company.

Anyone hoping for a rapid completion of the deal will be disappointed, with Veolia and Suez aiming for a joint closing of the takeover and the sale of New Suez by the end of 2021.