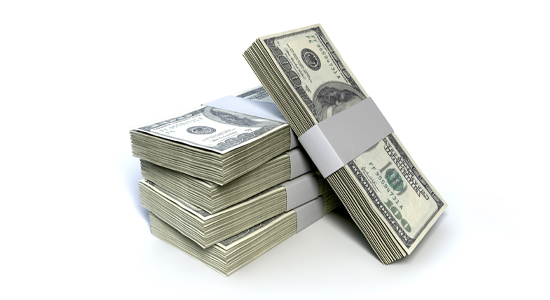 $3bn down for Goldman, $1bn to go
Goldman Sachs has added to its coffers after an US Securities and Exchange Commission filing revealed it had raised a further $487.8 million for its fourth infrastructure fund, West Street Global Infrastructure Partners IV. Goldman has now secured $3.05 billion for the vehicle, per the filing, and The Pipeline understands the vintage is targeting $4 billion.

The Pipeline reported in December 2021 that the fund had edged towards the halfway point, having recorded a $1.9 billion first close about a month earlier. At the time, the vehicle had secured deals such as modular home provider Adapteo, and medical clinics group Amedes. It has also since acquired Iowa-based fibre group ImOn Communications.

The manager is also in the midst of raising its first infrastructure secondaries fund, the allure of which is discussed in our latest Spotlight podcast.

SWEN’s fourth fund closes on €470m
SWEN Capital Partners announced that its fourth multi-strategy infrastructure fund has reached a final close on €470 million, of which 50 percent has already been deployed.

Investors are mostly French and old friends of the outfit, but SWEN reports that some new European LPs have signed on.

The SWEN infra Multi-Select 4 is a light-green Article 8 fund under the EU’s Sustainable Finance Disclosures Regulation. It is targeting European investments and aims for an IRR of 8-10 percent.

With direct, primary and secondary fund investments all on the cards – and with targeted sectors running the gamut from fibre to food and agriculture logistics – the “multi-strategy” part is in no doubt.

Queuing for the ECT exit
The Energy Charter Treaty, a pact that came into force in the late 90s and has the support of 53 countries – including the EU as a bloc – is seeing its membership dwindle, with the Netherlands being the second country to announce its plan to leave, following a similar recent move by Spain. Germany is reportedly also considering heading for the exit. All three governments have cited climate concerns and that the treaty is an obstacle to meeting the targets set out in the Paris Agreement. France became the latest to quit the ECT, with the exit announced by President Emmanuel Macron last Friday. Portugal has also been tipped to leave, according to Politico, while Poland has begun the process of withdrawal.

The treaty allows energy companies to sue governments in the event policy changes threaten their assets. Germany’s RWE, for example, has been able to bring a lawsuit against the Dutch government over the latter’s decision to shut down coal plants by 2030. While a revised text has been drafted, it still protects fossil fuel investments, the Financial Times (paywall) reported, and unanimous approval is required for the updated text to be adopted, an outcome the European Commission is backing.

Given the growing lack of support from EU members, it won’t surprise us if the revised ECT text falls by the wayside.

“I’ve lived through, I think, five [economic] bubbles in my professional career, and I’m afraid to say I start to recognise the pattern”

Michael Liebreich, founder of Bloomberg NEF, told attendees at the World Hydrogen Congress in Rotterdam what they probably didn’t want to hear about their industry.

BlackRock takes broad approach to energy transition
BlackRock is setting up a Transition Capital team within its alternatives platform with a broad remit to come up with energy transition-related investment strategies and funds, affiliate title New Private Markets reported.

The transition capital team will collaborate with other BlackRock units to come up with “new investment strategies and funds”, according to an internal memo from Conway and Hildebrand seen by New Private Markets.

“Transition Capital will partner with portfolio managers and BlackRock Capital Markets to source and invest in proprietary transition-focused opportunities across asset classes and geographies,” the note said.

BlackRock already has its existing Global Renewable Power fund series. Earlier this year, it revealed plans to launch an open-ended strategy, which, at least initially, will have a prominent focus on energy security.

Kortenhorst helped grow the RMI from 50 professionals working to research and consult on climate change-related issues to 600, and operating a number of global programmes focused on market-based solutions to the energy transition.

Vision Ridge envisions Kortenhorst as a key addition to leadership’s efforts on ESG and operations. The firm plans for him to work to enhance its strategy and deepen its work on the energy transition and climate change.

Equipping a new team
Australian superannuation fund Equip Super, which has around A$30 billion ($18.8 billion; €19.2 billion) of assets under management, announced a series of new appointments and promotions at the end of September, as part of a restructure of its investment team to help it “navigate through an increasingly volatile and uncertain market outlook”.

Navigating today’s choppy waters, Equip Super CIO Andrew Howard said in a statement it wants to “provide members with confidence that they are in safe hands, and we believe our strengthened investment team can do just that”.

Safe hands, and – it will be hoping – safe assets. 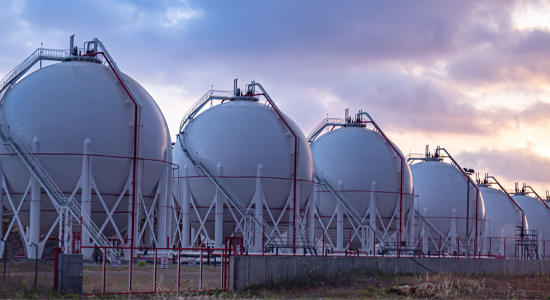 EIG’s new subsidiary wants to become global LNG powerhouse
EIG is ready to ramp up investment in the global LNG market through subsidiary MidOcean Energy. The latter has launched with a bang, buying stakes in four Australian integrated LNG projects from Tokyo Gas for $2.15 billion.

The projects span Australia’s western and eastern seaboard and are focused on supplying LNG to Asia via long-dated take or pay contracts with investment-grade counterparties, as well as serving the domestic gas market. The portfolio is expected to generate one million tonnes of LNG per year and cuts across the LNG value chain, encompassing upstream, midstream, liquefaction and sales.

The deal provides MidOcean with a portfolio “ideally positioned to supply key customers in Japan, Asia and across the globe for decades to come”, R Blair Thomas, EIG’s CEO, stated.

Brookfield, Stonepeak bet $1bn on LatAm energy
It takes two to tango, and $1 billion to scale InterEnergy, a legacy natural gas company operating in Latin America and the Caribbean – and now under new ownership from Brookfield Renewable and Stonepeak.

While Stonepeak declined to comment on which of it funds will pursue the deal, the move is the latest from Brookfield’s Global Transition Fund. The investment will be used to expand InterEnergy’s operations in solar and wind. Historically, the company has concentrated on gas-fired power plants, but in recent years has shifted towards renewables.

The firms disclosed that part of the investment will go towards funding a specific project called CEPEM Zero, which seeks to provide resorts in the Dominican Republic with clean energy.

Now you can really relax on your next vacation.