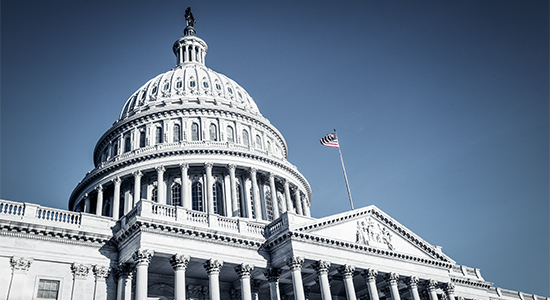 Biden’s BIF gamble
Last Monday, the House was set to vote on the $1.2 trillion Bipartisan Infrastructure Framework. This would have been a significant win for moderate Democrats, who for months had been trying to untie its fate from that of the more expansive, more ambitious and more expensive $3.5 trillion Build Back Better bill, backed by the party’s progressive caucus. Democratic members of Congress intend to use the budget reconciliation process to pass the latter bill.

Last month, House Speaker Nancy Pelosi finally agreed to decouple one bill from the other, promising that a vote on the BIF would take place on 27 September. That deadline got pushed to Thursday, and was postponed again on Friday – with the president now vowing to get this done, be it in “six minutes, six days or six weeks”.

That’s a big gamble. If it works, the administration will have pulled off what is being described as once-in-a-generation legislation, encompassing everything from climate change to paid family leave. But if it fails, the governing party risks losing the opportunity to make progress on either front. The stakes could not be higher.

Encavis Infrastructure Fund IV has been launched with a €500 million target, and will be seeking onshore wind and solar sites in Europe. As with previous vintages, Encavis will be marketing the fund to credit institutions and is working with specialist finance institution BayernLB to market the vehicle.

The pair are certainly confident they will achieve the target. In a statement, they said they “anticipate a rapid placement process for this fund” given “the backdrop of ongoing high demand from institutional investors for sustainable investments, particularly in the field of renewable energies”. With EIF II originally having a €200 million target before its €480 million close, that seems like a fair assessment.

Spain’s GED Capital targets €200m for new infra fund
Madrid-based GED Capital is launching a new infrastructure fund targeting €200 million, the mid-market private capital firm announced. The fund will target investments of between €15 million and €20 million in mobility, social infrastructure, telecoms, energy, water and wastewater. It will focus primarily on the Iberian Peninsula but will also invest across the eurozone and the UK.

According to Spanish newspaper El Economista, the vehicle aims to raise capital from institutional investors already committed to the manager’s other funds, which span private equity, venture capital and real estate. The new infrastructure strategy will invest primarily in brownfield assets (80 percent) but can also do greenfield (20 percent). GED Capital started investing in the asset class in 2015, when it bought Ahorro Corporación’s infrastructure business.

Spain’s infrastructure market has been heating up lately (arguably a bit too much for its energy investors). In July, for example, The Pipeline reported that new outfit Teset Capital had already raised €100 million of the €400 million it is targeting for its debut infra fund, which is focusing on a similar mix of sectors across Europe.

Macquarie vet joins Stonepeak
It’s hiring season at Stonepeak and the latest through the door is Rob Kupchak, who joins as a senior managing director after a 20-year spell with Macquarie Capital. Kupchak will be based in New York and will focus on the deployment of the recently closed global renewables fund, as well as power and core infrastructure more generally.

He was previously senior managing director and head of the Americas infrastructure and energy group at Macquarie Capital, as well as a member of the Macquarie Americas management committee and the firm’s board.

Prior to holding those positions, Kupchak was an associate at the firm, where he sat with a young Australian who had recently moved to the US. That fellow associate, Mike Dorrell, would go on to found Stonepeak, and is Kupchak’s new boss. Infrastructure is a small world, after all.

Beware of the ‘green asset bubble’
The UK parliament’s work and pensions committee has made several recommendations to institutional investors ahead of the COP26 conference in Glasgow next month.

In its report examining the opportunities presented by COP26, the committee said there is a risk of a “green asset bubble” in the short term because of a limited number of green assets that are suitable for UK pensions to invest in. Members of parliament said the government should also establish a “UK climate roadmap” that could provide greater certainty for pension funds and other investors, especially those investing in long-term assets such as infrastructure.

MPs also said that divestment “should only ever be a last resort” where assets are unable to reduce their contribution to climate change, and that the government should ensure its policies don’t incentivise this over good stewardship. This will be a difficult balancing act for any funds with fossil fuel exposure – especially if the results of COP26 change the equation around emission targets for their portfolios. 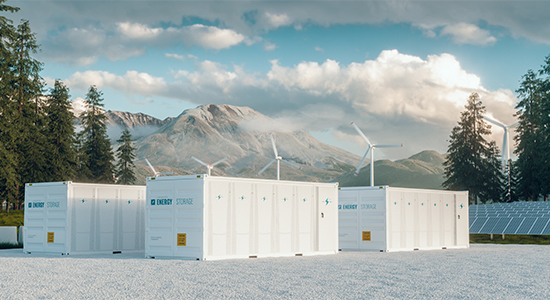 Quinbrook fights crisis with Fortress
Specialist renewable energy and storage investment manager Quinbrook Infrastructure Partners has acquired what is expected to be the UK’s largest single-site solar installation, a 350MW solar-plus-storage project in Kent. The value of the deal was not disclosed.

Known as Project Fortress, Quinbrook said in a statement that it expects to start construction on the scheme, which will be more than three times the size of the UK’s next-largest consented solar project, during the first half of 2022. Fortress was granted development consent in 2020 and was designated as a Nationally Significant Infrastructure Project. It’s not known if it was called Project Fortress at the time but, as Europe’s energy crisis continues, it certainly seems appropriate.

It’s the latest big solar scheme for Quinbrook, following the under-construction Gemini project in the US, a 690MW solar PV and 380MW battery storage system that the firm says is the largest co-located solar and battery project in US history.