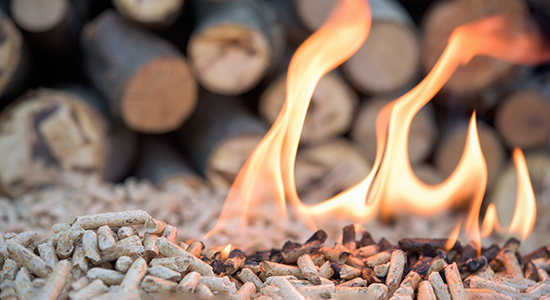 Infracapital’s BIG mess
M&G’s Infracapital is fighting fires at UK-based portfolio company Bioenergy Infrastructure Group, but it’s not those coming from wood burning. According to documents from the Suffolk Pension Fund, the firm’s first greenfield fund has recorded a write-down of BIG, its largest asset, and it now sits generating a 0.8x cash multiple.

The issues, according to the pension, arise from construction problems at two separate projects, one of which was eventually solved, while another project saw the contractor “abandon” the site, leaving Infracapital to step in and complete it using its own resources. Infracapital is now embroiled in a legal battle with the unnamed contractor, who is contesting the decision to terminate the contract. The impact on revenues has also “triggered issues with the lenders”, Suffolk said.

This has led to what Suffolk described as a “very disappointing” -14.1 percent return from the fund, with these issues “taking up significant management time”. The pension also noted that fundraising for the second greenfield fund remains at about 85 percent of target.

When contacted by The Pipeline, Infracapital said:

“The majority of BIG’s diverse portfolio of assets are performing well. In common with many others in this sector, we have seen issues with some sites. We have been working hard to identify and address these, strengthening the management team and taking an active approach to overseeing construction and contractors, and these efforts have started to bear fruit. We are confident in the Group’s financial position and in its long-term value.”

Considering BIG is held in a 25-year fund, there’s time to turn this one around.

I Squared’s Danish fan club
Five investors have come together to create the Danish Investment Club for the sole purpose of investing in I Squared Capital’s latest infrastructure fund and potentially co-investing alongside it. Novo Holdings, the Lars Larsen Group and three Danish pension funds – P+ (the result of a merger between JØP and DIP), MPIM and Lægernes Pension & Bank – have committed roughly $500 million to ISQ Global Infrastructure Fund III, which has a target of $12 billion and is expected to hold a first close on half that amount this week. As the largest investor, Novo Holdings, which committed $130 million, will represent the Club on the fund’s advisory board. It’s quite a change in tack for Novo Holdings, primarily an investor in life sciences and making is first move in infrastructure.

“We have recently set out an ambitious target to significantly increase our exposure to infrastructure and international real estate over the next three to five years,” Morten Beck Jørgensen, managing partner of Novo Capital Partners told The Pipeline.

I Squared could see more capital coming its way should additional members join the Club. They are welcome to do so, Jørgensen said, provided “they have similar characteristics as the existing Club members”.

Sharing the infra love
With the increasing number of renewable and digital infra-specific vehicles available today, LPs can be hard-pressed to make a decision. Step forward Madrid-based Arcano Partners, which last week closed fund of funds Arcano Earth Fund, which will focus on energy transition and digital vehicles, on €300 million, €50 million above target in a first-of-its-kind for the manager.

The vehicle has invested in 13 funds and has made five direct or co-investments, with fund commitments including NTR Renewable Energy Income Fund II and Foresight Energy Infrastructure Partners. Arcano Earth Fund closed at 86 percent invested, so there’s room for those funds that have missed the boat thus far.

The Arcano fund closed in the same week that Amazon chief Jeff Bezos announced the first recipients from his own climate-fighting $10 billion Earth Fund. Here’s hoping there’s no confused LPs around.

Have you downloaded the latest Investor Calendar?
Available to Infrastructure Investor subscribers, this calendar displays current and future investment meetings from institutional investors globally. The calendar also includes links to meeting materials, such as agendas and minutes. Meetings are highlighted in yellow when they are added/updated so that you can identify the most recent information.

And, if you’d like to sync this Investor Calendar with your Outlook, please email researchandanalytics@peimedia.com

“In 2018, the government retired PFI/PF2 for new schemes because of their fiscal risk, inflexibility and complexity.”

Passet is part of a raft of new hires by BNP Paribas AM. The others include a new CIO for real estate debt, Romain Linot, joining from Aviva Investors; as well as Mohamed El Jani and Irene Bárcena, respectively investment manager, structured finance, and analyst, SME lending. Both are joining from BNP Paribas’ sell-side in corporate and institutional banking. 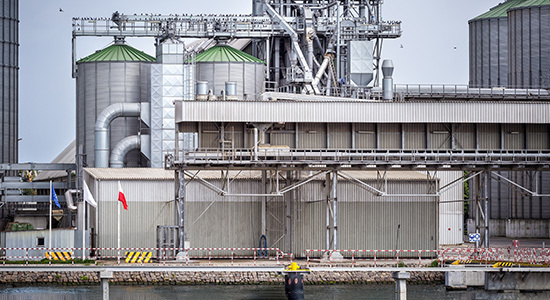 MCM has been providing handling and storage services for grain bulk cargoes at the ports of Casablanca and Jorf Lasfar for more than a decade, processing nearly half of all Moroccan grain imports each year. The plan, though, is to venture south beyond Morocco, helping the firm achieve its “ambition to become a leading grain logistic player across Africa,” explained AP Moller managing partner Kim Fejfer.

There’s been little covid disruption in Africa for AP Moller Capital, with MCM its third deal in 2020, having also bought Iberafrica Power and invested in a port and logistics infrastructure platform in West Africa.