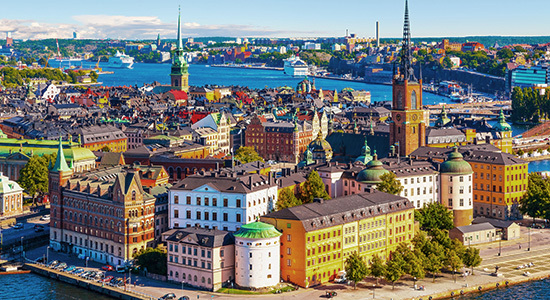 Infranode nears target for Fund II
Swedish manager Infranode is nearing its target for its second Nordics-focused fund after raising more than €800 million, The Pipeline can reveal.

Infranode II has a target of €1 billion and we understand the manager is in talks with LPs that could see it raise up to its €1.25 billion hard-cap. It reached a €517 million first close in August, raised from Nordic investors and the European Investment Bank. Some of the latest capital raised is believed to have come from European investors outside the Nordic region. A final close is expected this quarter. Infranode declined to comment on the fundraising.

The fund has made one investment to date and is understood to be in exclusive talks on further deals, having acquired Fortum’s Finnish district heating business in July.

UK ‘taking back control’ of foreign investment
With Brexit finalised and the UK sitting on its most stable political footing in the last five years, what will be the next thorn in the side of those looking to deploy in the country? According to one infrastructure lawyer, it will be the National Security and Investment Bill, which is looking to tighten foreign investment restrictions in 17 sectors, including energy, transport and telecoms.

The lawyer told The Pipeline that the bill would have a “chilling effect” for some infra investors: “When it comes to thinking about what deals managers do next and who they would like to include in their consortium, they will think ‘where are those people from, and can it be structured in a way that gives more comfort to the government?’”

Might the UK even follow the Australian path? The Australian Financial Review last week reported that the authorities were still mulling a Global Infrastructure Partners deal with Shell, as China Investment Corporation is an LP in the GIP fund.

If regulators get passive investments in their crosshairs, that would certainly count as an escalation.

First time’s a charm for Excelsior
We’ve reported how first-time funds would be at a disadvantage fundraising during a pandemic, but Minnesota-based Excelsior Energy Capital succeeded in raising $504 million – $4 million above target – for its inaugural renewable energy vehicle.

The Excelsior Renewable Energy Fund I secured commitments from LPs in the US, Japan, Europe and the Middle East. It will invest in wind and solar assets, both utility-scale and distributed generation, in North America, with average ticket sizes of between $10 million and $50 million.

“We will make larger investments if we can achieve the same risk-adjusted returns and preserve portfolio diversification,” Alex Ellis, a partner at Excelsior, told The Pipeline.

The fund has already made seven investments in 27 solar and wind projects in the US, with a combined capacity of 192MW.

Access Capital nabs €143m first close for second co-invest fund
Co-investment is seeing healthy appetite from LPs. In a sneak peek from our soon-to-be-published LP Perspectives 2021 Study, the survey found that a third of infrastructure investors expect to make co-investments over the 12-month period to September.

Surfing that wave expertly is fund manager Access Capital Partners, which has just reached a €143 million first close for its second co-investment vehicle, ACIF Infrastructure II, backed by new and existing investors. Access said in a statement that the fund is targeting €400 million to invest in cash-yielding, operational European infrastructure assets alongside “best-in-class infrastructure managers, institutional investors and industrial groups”. It added that it has already made two investments in the telecoms sector.

Its predecessor fund, which closed in July 2018, is 95 percent invested, with the remaining capital earmarked for add-ons.

Join the heavyweights with Global Passport
With neat timing, investors and managers from OMERS, CDPQ, BlackRock, Stonepeak, London CIV and more are gathering this Wednesday, the day of Joe Biden’s inauguration as US president, to swap insights on the post-pandemic recovery and the new administration in Washington. It’s the second ‘deep dive’ in a year-long programme of networking workshops, conferences, interviews and panels we will be hosting as part of the Infrastructure Investor Global Passport initiative.

There’ll be crystal ball-gazing too by Bruno Candès at InfraVia Capital Partners and Andrew Claerhout at Searchlight Capital, portfolio analyses by Anish Butani at bfinance and US analysis from Anne Valentine Andrews at BlackRock, Mark McComiskey at AVAIO Capital and DJ Gribbin at Stonepeak Infrastructure Partners. Find out more here.

“A lot [of co-investments] pre-covid had been directed towards the conventional energy and transport sectors, which are obviously experiencing the most difficulties now”

Bruce Chapman, co-founder of Threadmark, shines a light on co-investment in our upcoming LP Perspectives 2021 Study

“Schroders’ private assets business has identified infrastructure as a core driver of its growth,” said the firm’s global head of private assets, Georg Wunderlin, to whom Pelletier will report.

Pelletier, who has spent more than 20 years in senior global roles at Canadian pension CDPQ, most recently as managing director for capital solutions, will focus on expanding Schroders’ infrastructure business.

She will also serve as president of Schroder Aida, the firm’s infrastructure business, founded by Charles Dupont, who held that position as well as the role of head of infrastructure finance at Schroders until his departure in November.

Pelletier will assume her new Paris-based roles by the end of March.

The Local Pensions Partnership, Greater Manchester Pension Fund and the West Yorkshire Pension Fund each injected £150 million of additional capital into the platform, while the Merseyside Pension Fund provided £50 million. GLIL has now raised £2.3 billion since inception, £1.4 billion has been deployed, and the group’s “pipeline has a number of transactions that we hope to complete in 2021,” a spokesman told us.

So what of plans to bring in external capital from other UK pensions? “This remains the case and we have a number of continuing conversations with prospective investors,” the spokesman said. “We anticipate welcoming one or more to GLIL during 2021.” 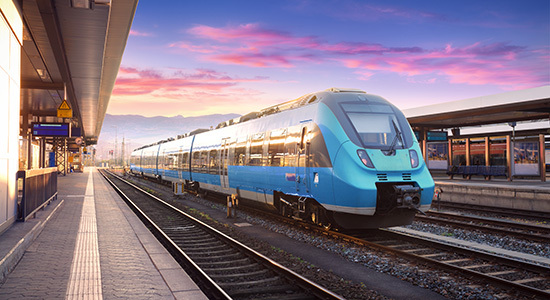 With the majority of Alpha Trains’ fleet of 855 trains and locomotives being electric, APG and PGGM are betting on a strong transport rebound in a clean economy.