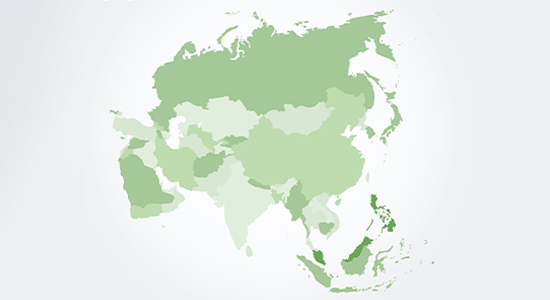 KKR, Macquarie duke it out for APAC infra supremacy
We’re not huge boxing fans here at The Pipeline but we know a good match when we see one. In the red corner, we have Macquarie Asset Management, the current heavyweight champion of APAC infrastructure, after closing its third regional fund on more than $4.2 billion. In the blue corner, KKR, which until this year had the largest APAC-dedicated vehicle with its $3.9 billion debut.

But wait. “Most recently, we have raised over $4 billion of capital so far for our [second] Asia infrastructure strategy,” KKR CFO Rob Lewin said in last week’s Q2 earnings call. “We now clearly have the number one franchise in a space that is a tremendous addressable market and real secular tailwinds.”

Them’s fightin’ words right there. Is there added frisson because KKR’s APAC infra team is well-stocked with senior Macquarie alumni? We wouldn’t know.

What we do know is that KKR has kept busy with its infrastructure franchise, closing the year’s biggest fund on $17 billion, raising $7.6 billion for its open-end core strategy, and preparing to launch new retail products to ‘democratise’ access to the asset class.

As Roy Orbison might have sung: anything you want, KKR’s got it.

Are racy digital valuations coming down?
KKR weren’t the only ones flexing their muscles in earnings season. DigitalBridge ended H1 two-thirds towards its $3.8 billion fundraising target for 2022, driven by initial commitments of $300 million each for its new credit and core strategies, as well as $1.2 billion raised for its continuation fund. The latter houses US data centre operator DataBank, netting shareholders a whopping 37 percent IRR, chief executive Marc Ganzi said.

On the deal front, DigitalBridge recently teamed up with Brookfield Asset Management to buy a 51 percent stake in GD Towers from Deutsche Telekom, valuing the company at €17.5 billion. That took the $8.3 billion DigitalBridge Partners II fund to 90 percent committed, with Ganzi saying that “we’re likely to be in a position to refresh our flagship strategy sooner [rather] than later”.

For anyone thinking the 27x EBITDA multiple on the GD Towers deal was high, Ganzi added: “Deals that bankers were expecting [for] 30x have now come into the mid-20s range… we’re seeing a correction in private M&A multiples largely because there’s less liquidity and less people hunting.”

Sometimes, the only way is down.

McKinsey to infra investors: time to get creative
The world of infrastructure investing will “never be the same”. That’s according to McKinsey in a report released last week, which claimed that the typically stable, low-risk asset class isn’t as steady as it was once claimed.

Assets once viewed as low-risk “super-core” investments – such as gas distribution – now face an economy moving in an entirely different direction. On the other hand, digital assets – once classified as ‘value-add’ – are moving down the risk spectrum in a post-pandemic world of remote working.

Embracing this, though, is the challenge for investors. Energy transition deals are, according to McKinsey, “often exorbitantly priced [and] to participate in the energy transition investors will need to source deals more creatively and be willing to build businesses”.

“Hidden within the steady graph lines are pockets of value destruction,” McKinsey warned.

How’s that for stable and defensive?

“Our fields should be filled of our fantastic produce – whether it’s the great livestock, the great arable farms. It shouldn’t be full of solar panels, and I will change the rules”

Van Alphen takes the lead at PGGM Infra
Having built a 30-year career in the investment industry – a third of that in infrastructure investment roles he’s assumed at the Dutch pension fund – Dennis van Alphen was promoted to head of infrastructure at PGGM last week.

Most recently head of digital infrastructure and origination, van Alphen’s new role will see him managing a 45-member infrastructure investment team, which is responsible for PGGM’s €13.6 billion open-end infrastructure fund, as well as becoming a member of PGGM’s investment management team.

He succeeds Irina Frolova, who served as head of infrastructure on an interim basis since March, replacing Erik van de Brake, who was promoted to the executive board for investment management as chief transformation officer, a spokeswoman told The Pipeline.

Frolova is leaving PGGM after eight years, pivoting to a non-executive director career. “I want to keep learning and adding value to the boards and investors in a broader role across different countries and in different sectors,” she told The Pipeline.

A time of reckoning for BlackRock?
New York City comptroller Brad Lander has warned that the city’s $250 billion pension funds will “need to start asking” when they should pull funds from BlackRock over climate, affiliate title Responsible Investor reported.

Speaking at an event organised by New York climate activists, entitled Standing up to BlackRock, the World’s Largest Investor in Climate Destruction, Lander said there is “a big yawning gap for many [managers], BlackRock included, between the pledges or commitments they’ve made and what they’re actually doing”.

He added: “There is simply no way we can hit the goal we have of being net zero by 2040 if our investment managers are not serious about that as well.”

Lander’s comments are focused on BlackRock’s activities in the public market, but it surely seems only a matter of time before LPs start asking similar questions of BlackRock and others in their private markets portfolios.

BlackRock’s 2030 net-zero statement anticipates it will have 75 percent of assets invested in issuers with science-based targets or equivalent by 2030. The current figure is 25 percent. 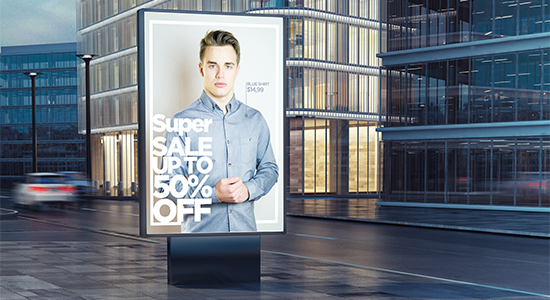 Antin answers the call of the Wildstone
Out with the old, in with the new. That was very much the story at Antin Infrastructure Partners last week, as it announced its two latest deals.

First, the firm acquired Wildstone, billed by Antin as an “outdoor media infrastructure” company, from DigitalBridge, in what was the final transaction from its €6.5 billion Fund IV. Wildstone has a portfolio of more than 3,000 billboards across the UK and Europe, with a track record of acquiring paper assets and upgrading them to digital screens – the ‘billboard transition’, then.

The second deal was the first from Antin’s Fund V, which is in fundraising mode with a target of €10 billion. The firm acquired a majority stake in Hamburg-based renewable energy platform Blue Elephant Energy. BEE operates 67 solar assets and 13 wind power plants with a combined generation capacity of 1.3GW in eight countries across Europe and Latin America.

The week also saw Macquarie Asset Management kick off investments for its European Infrastructure Fund 7, with the agreement to acquire a stake in UK data centre provider VIRTUS Data Centres.

MAM will acquire what was described by the firm in a statement as “a significant minority stake” in VIRTUS – which owns 11 data centre facilities with a total capacity of over 180MW across London, as well as a 100MW pipeline of projects in the UK and Europe – from Singapore-headquartered ST Telemedia Global Data Centres.

Launched in January, Macquarie European Infrastructure Fund 7 is believed to be targeting about €9 billion.