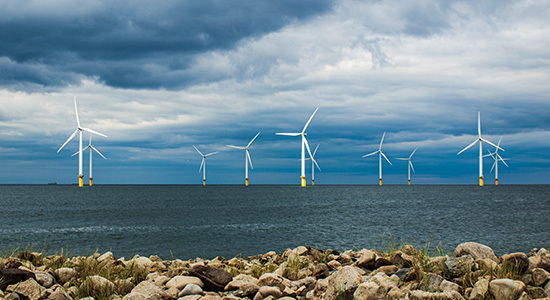 Velkommen! Norway’s SWF joins the renewables pack
Almost two years to the day after Norway’s Government Pension Fund Global was finally given the green light to invest in unlisted infrastructure, the world’s largest sovereign wealth fund has made its debut.

Through its Norges Bank Investment Management, the fund has bought a 50 percent stake in the 752MW Borssele 1 & 2 offshore wind project in the Netherlands from Orsted for a tidy €1.4 billion. The site, the second-largest operational project of its kind in the world, was commissioned in Q4 last year.

Has the GPFG had to bite the bullet to get its foot through the door? It was only in October that Nicolai Tangen, the fund’s chief executive, told the Norwegian parliament that “there are many investors looking for these investments and pricing is thus not always as attractive for us”.

Even if it’s had to stump up more than it would’ve originally wanted, the GPFG can take some comfort that it’s not alone in paying a catchup price.

CPPIB creates C$18bn Sustainable Energy Group
The Canada Pension Plan Investment Board is merging its Energy & Resources and Power & Renewables units to create the Sustainable Energy Group. The latter will have C$18 billion ($14.3 billion; €12 billion) in assets across conventional and renewable energy. It will be led by Bruce Hogg, who’s been with the Canadian pension for 14 years and helped build its P&R portfolio to “more than C$9 billion in three years”, CPPIB said.

The new unit has the energy transition very much in its sights, with senior managing director and head of real assets Deborah Orida telling The Pipeline:

“As electricity markets transition to renewable energy, it is creating significant complexity and opportunities for energy consumers. Digitisation, time of use tariffs (through smart meters) and demand-side management are creating incentives for commercial and industrial customers to replace on-site energy infrastructure.”

She added: “We will seek to partner with industry leaders that will meet or beat the transition pathway of their industry and will seek out companies that are driving and demonstrating low-carbon innovations and practices.”

The goal? Only to position CPPIB “as the leading global energy investor”, the pension stated.

Don’t let go: renewables en vogue
Energy Capital Partners has become the latest in the line of infrastructure GPs pursuing continuation funds, as it revealed it had raised $1.2 billion for its first such vehicle to house its 50 percent stake in US-based renewable energy operator Terra Gen.

ECP said the lead LP in the new vehicle was Blackstone Strategic Partners, which closed its third infrastructure secondaries fund on $3.75 billion last July. The move realises the $4.2 billion Energy Capital Partners III fund, with the group having sold the other 50 percent stake in Terra Gen to First Sentier Investors in August last year.

Acquired by ECP in 2015, Terra Gen owns and operates over 1.6GW of wind, solar, geothermal and storage projects across the US, particularly in California, where Schuyler Coppedge, partner at ECP, highlighted in a statement that ECP’s wind and storage assets could be critical in meeting the state’s decarbonisation targets. With the job not complete for the Golden State, it’s certainly not complete for ECP either.

We’ve got a lot of great content for you, including a cover story on why infrastructure investors are heading to the public markets, our annual asset management roundtable, data and insight on industry salaries from Sousou Partners, a look at how President Biden’s energy policy will shape NEPA, and much more.

So if you haven’t already, make sure to download our April 2021 issue.

Passport to diversity
Members of the Infrastructure Investor Global Passport will be meeting Wednesday this week to dive into how well the push for diversity is going in infrastructure. Leading the discussion will be an all-women panel featuring:

Networking and an audience-led Q&A will be part of this meeting. Click here to join.

“When the GFC hit, it took a lot of emphasis away from decarbonisation. When we went into the pandemic, I was worried it would have the same impact. Actually, it overemphasised the criticality of climate change.”

Jim Barry, global head of real assets at BlackRock, remarks on the tailwinds that led to the $4.8 billion close of its third global renewables fund

Ronga joins Daiwa ICP to replicate DC success
After spending a decade establishing and building up the infrastructure investment practice at DC Advisory, the M&A arm of Daiwa Securities, Sergio Ronga is being called upon to do the same for Daiwa International Capital Partners, as a founding partner.

Daiwa ICP, which is partly owned by the Japanese investment bank, was launched last October by Gregor Jackson, formerly an investment director at Dalmore Capital, to invest in the infrastructure sector.

Another Dalmore alum, Douglas March, has also joined Daiwa ICP as finance director, according to the statement.

Gary Sugarman, who is principal at Richfield Associates, a firm he founded in 1993 to advise telecom companies, will serve as a consultant, advising Morrison & Co’s US team on investment opportunities within the data centre, fibre and connectivity sectors. He will also be involved in asset management, “[providing] mentorship and strategic counsel to senior executives of the firm’s portfolio companies”, a spokeswoman told The Pipeline. 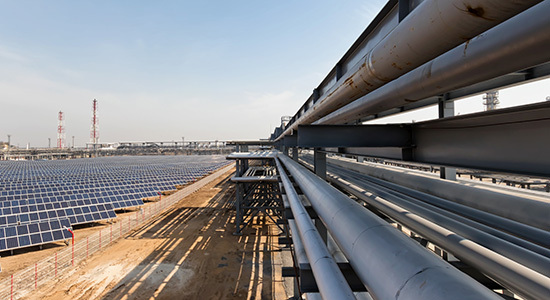 KKR bets on natural gas with $3.4bn Sempra deal
Despite the great ‘green rush’, conventional energy continues to attract infra players. KKR is a case in point, after it agreed a $3.4 billion deal for a 20 percent stake in US firm Sempra Infrastructure Partners, a subsidiary of Sempra Energy. Secured through its flagship global infrastructure funds – the firm is currently seeking to raise $12 billion for its fourth vehicle – the deal boosts KKR’s exposure to the US natural gas industry and Mexican renewables.