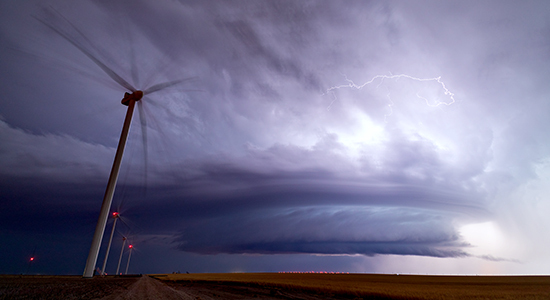 As first reported by the Financial Times (paywall), the Texas blackouts lead to a meltdown in the swaps that underpin the tax equity commitments used to finance the state’s renewables projects. In short, when the storm left wind farms unable to generate, power needed to be bought on the open market for the eye-watering price of $9,000 per MWh – sometimes for days on end – to honour swaps contracts.

The consequences are painfully evident in the legal dispute between JPMorgan Chase and the Canadian Breaks wind farm, one of the Green Investment Group’s first US projects, now owned by Northleaf Capital Partners. The bank, a swap provider to Canadian Breaks, says it’s owed $79 million because it was forced to buy power on the open market to offset client obligations for “$8,980.45/MWh more than JPMorgan would have paid if Canadian Breaks had performed”. Canadian Breaks claims it was unable to deliver because the storm paralysed its operations. Its forecasted revenue for this year amounts to $15 million.

We wrote resiliency was the lesson to learn from the Texan debacle. Market exposure through tax-equity swaps might be another one to add.

No light at the end of the Eurotunnel
As Europe braces for a third wave of coronavirus infections, it will mean continued trouble for Eurostar, the high-speed rail service connecting the UK and the continent.

Pleas from French state-owned majority owner SNCF for public funding support has fallen on deaf ears and it may now be up to SNCF and fellow shareholders CDPQ and Federated Hermes to stump up the cash. How much? The small sum of between £250 million ($343 million; €291 million) and £300 million to cover the shortfalls for 2021-22, according to documents from the Barking and Dagenham Pension Fund, which has invested with Hermes.

The LP will likely be concerned. Less so was Serkan Bahceci, head of research at Arjun Infrastructure Partners. Speaking at Infrastructure Investor’s Global Passport session on valuations last week, he said: “I may be exaggerating but I think Eurostar went bankrupt seven times. If there’s room for another equity wipe-out, why not?”

How’s that for stable and defensive?

I say ‘gas’, EU says ‘green’
We reported in February on the uncertain status of natural gas as a bridging fuel in the energy transition, including a growing feeling among investors that they didn’t want to be caught with potentially stranded assets.

Well, the European Union may be about to provide the certainty they’ve been craving.

According to the FT, Brussels is considering classifying gas as a sustainable technology under its green labelling system for investors. A draft legal text seen by the newspaper showed that gas and other liquid fossil fuels used in power generation could be defined this way in cases where the technology replaces higher-emitting power sources, and where it can cut emissions by at least 50 percent.

It’s not quite the push to green energy that many have been banking on. However, for investors seeing attractive returns from midstream assets, this move by the EU may well keep that on track for a while longer.

Climate crisis a boon for regulated assets
Not everyone is relying on the EU to green their gas. In October, we welcomed the return of investor interest in regulated assets, noting the degree of certainty and stability they can provide in an uncertain world.

Speaking to The Pipeline last week, one investor with stakes in regulated assets in the UK and Europe agreed that there has been a significant uptick in interest, but attributed this to investors finding new opportunities from the growing climate crisis.

“A lot of people are looking at the net-zero challenge and asking, ‘How is that going to happen?’ If you’re investing in electricity transmission and distribution, it’s a good place to be,” he said. “You’re going to see a massive transformation happening on that side of the equation. Couple that with low-carbon opportunities – there’s real growth potential there.”

As this month’s £7.8 billion ($10.7 billion; €9.1 billion) acquisition of WPD by National Grid would attest, growth potential is certainly in the minds of some.

New Private Markets and the sustainability megatrend
“It doesn’t do any good to pay a teacher a pension in 2050 if the earth is scorched and their cost of living has gone through the roof because of climate change.” So said Chris Ailman, chief investment officer of the California State Teachers Retirement System, at a conference last week explaining why sustainability is integral to the pension’s investment activity.

There is a spectrum of sustainability in private markets. At one end is sound management of ESG issues; at the other is purpose-driven impact investment. It is clear to us that capital is gravitating towards funds and investments all along that spectrum… and at scale. The momentum we see has given us conviction that this area needs its own information and intelligence source, with its own dedicated journalists and researchers. So please check out New Private Markets, a product that launches today from the PEI stable, and get in touch to share your thoughts.

“If you ask me to give a definition of what core is, I will just dance around it”

Serkan Bahceci, partner and head of research at Arjun Infrastructure Partners, tells our Global Passport event of his dislike of infrastructure labels

North Sky calls up portfolio operator
North Sky Capital, a US-based manager focused on impact and sustainable infrastructure investments, has called on the chief executive of one of its portfolio companies to work as an operating partner at firm level.

Dale Freudenberger led FLS Energy, a renewables developer that North Sky describes as one of its most successful portfolio companies, for more than seven years before North Sky brought him to work with the firm’s overall investment strategy. The GP invests $10 million-$40 million per ticket in lower-mid-market clean energy, waste and water infrastructure projects in North America.

APK, BVK, LUPK, MPK and PKSO have committed a total of SFr600 million ($638 million; €542 million) to the vehicle, which will target renewable energy assets in Europe, with the first deal set to be sealed in Q2. The fund is not open to other investors, Aquila told The Pipeline, although this could be changed at the discretion of the founding quintet.

Aquila added the mandate came via a consultant-led search and a three-staged process with stiff market competition. A five-star review, indeed. 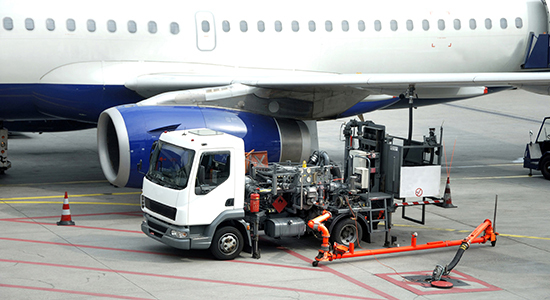 The US-based firm signed a memorandum of understanding with Northwest Advanced Bio-Fuels to provide construction-phase capital for a renewable bio-jet fuel refinery that will use cellulosic feedstock as an energy source, which can serve as a cleaner fuel source for the airline industry.

The project is planned to have a long-term off-take agreement with Delta Air Lines. Described as a “potential investment” in a statement, Stonepeak’s commitment is conditioned upon NWABF meeting certain criteria during the development phase.

It’s certainly an ambitious step in the energy transition space for Stonepeak, which remains in fundraising for both its fourth infrastructure and maiden renewables funds, targeting $12 billion and $1.25 billion, respectively.